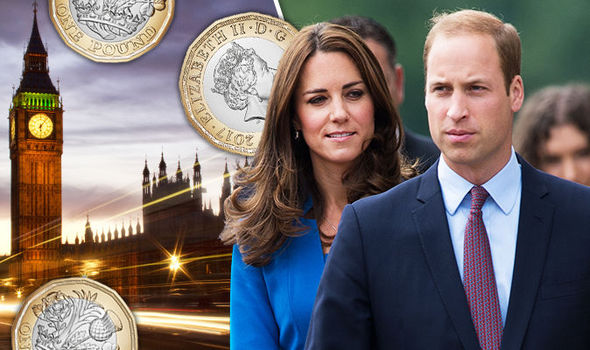 THERE could be sweeping changes to the Royal Family and our whole political system as the world enters its next age, a top astrologer has predicted.
​Source: ​https://www.express.co.uk

There are some fake ego driven types about looking for attention yet this report if correct........is the biggest load of tosh I have heard all day

Royals...yes there may be minor power plays among the egos over a passing age and a new non Royal American import (Prince Andrews daughters are reported as particularly offended at going down the ranks AND not being married before their cousins)

Sex robots?......as if there aren't enough in Parliament already?

Very few are looking at keeping up with inflation never mind an increase in pay here over the next year. Such is the state of a nation under cameron and may. Who would be paying for these things at what cost with the press eager to knock doors and ask for user feedback is a mystery

As believable as we have a competent Govt, they know what they are doing, the Queen gives a **** about any of it and Hilary Clinton is about to be Canonized by the Pope......who is a part time astronaut

I knew you would enjoy this one bs4! LOL

Mr Pie is overdue a rant......there are a few including yours truly who might offer him competition over the eye watering blandness around govt, royals, groundhog day

Personally Meghan Markle is not someone I would envy at all.....she is getting hitched to the obsolete spare. For all concerned it is proven the spare when obsolete fades away to let the "stars" sparkle. The former spare is doing quite the opposite so upon reflection.......yes there may well be some changes and a "counseling"

Harry gives an impression of being chummy with the obamas, I sense a rift coming.

Harry gives an impression despite his somewhat isolated upbringing of being not a bad chap.

Queeny is no fool, not at all and those who choose to ignore or dismiss things that are cherished to her such as protocol, family tradition will know they have crossed a line.

Her age spans her grandfathers time as King Emperor when his Empire was at its biggest, her fathers time as the same role, and her own as big chief of the commonwealth (Empire)

That someone of her era and background should be distressed about the way protocol may not mean the same to younger members of the family is understandable. She was born only twenty years after the last Queen died in 1901

I suspect that at the back of this is the early death of her father. A subject her mother and sister could not forgive and laid the blame clearly at the feet of his brother. A popular man before WW2 who caused much distress going against convention of the times by throwing away his claim of Throne and Empire for a divorced American woman (just like Meghan)

Mrs Simpson as the ex King often said had no idea what he walked away from in terms of power and prestige, it is clear she would have been as awkward trying to fit in as any other outsider (Meghan?)

Once the ex King has made the break he was a constant problem to his relatives over many things. It was, and still is a subject of his relationship with Hitler. Harry has a thing going on with the obamas

Popular young man, with a chosen spouse who has same background as previous huge problem for this family 80 years ago

The lady in question having strong views that are polar opposite of her to be husband and his family, and cracks already appearing because of it

I personally have no issues with Harry or Meghan and wish them well. For them both to have a peaceful life it would be better if both accepted that being the brother of the heir is one status, a stus that will recede and much as his uncles did once Harry's brother appeared. Harry should IMO go quietly and not rock the boat

» DUNS Numbers of the US Corporate Government and Most of Its Major Agencies
» Canadian Army Major Stephen Chledowski: “Stand Up and Protect Your Loved Ones Against This Government Forced Medical Tyranny”
» Usura. Ezra Pound
» Deliberate Crashing of the British Pound
» Max Igan ~ Government is Theft, Government is Violence, Government is Slavery