OUT OF MIND » PERCEPTUAL AWARENESS ~ WELCOME TO WOOVILLE » THE SHIFT IN CONSCIOUSNESS » Psychopath Vs. Empath: The War Between Evolution and Stagnation

Psychopath Vs. Empath: The War Between Evolution and Stagnation

Psychopath Vs. Empath: The War Between Evolution and Stagnation 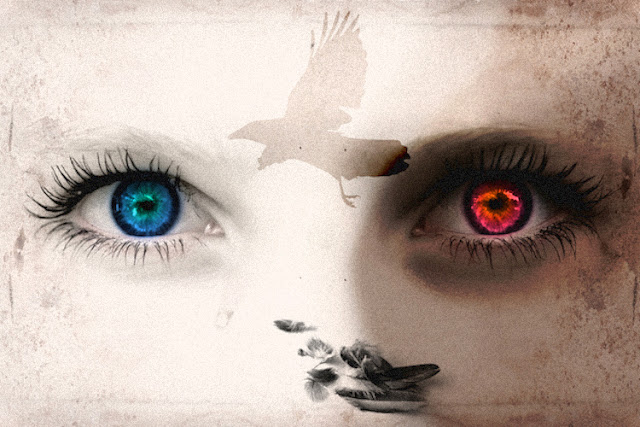 "Fate leads the willing and drags along the reluctant.” ~Seneca

But human nature is never so black and white. No one is all empathic or all psychopathic. Most people would probably fall somewhere in the middle on a bell curve. And nobody knows for sure if anybody is 100% psychopathic or empathic or even if anyone can be. The article How toSpot Psychopaths claims 1% of our population is psychopathic. In The Mask of Insanity, Dr. Hervey Cleckley said psychopaths number greater than 4%. And The Guardian did a book review of The Wisdom of Psychopaths by Kevin Dutton that claims 10% of society is psychopathic. Still, being a psychopath, like almost any other psychological condition, is not necessarily a “you are or you aren’t” condition. Psychopathy is a set of traits and characteristics, which everybody varies in. Similar can be said for empaths, though there is little to no known research on them.

Evolution will occur whether we like it or not. But the question is: do we want that evolution to be progressive, stagnant, or regressive. It stands to reason that most people would say they want a progressive evolution for our species. Just like most people would claim they are more empathic than psychopathic. But emotional attachment can all too often get in the way of our reasoning. Just as it can all too often get in the way of how we see ourselves. There will even be times when we’re not even aware of it, like when we’re in the throes of cognitive dissonance. Our cognitive-dissonance-ridden emotional attachments are generally associated with, but certainly not limited to, politics, religion, nationality, and race.

But let’s not get too far off course. We can probably all agree, empathically, that we want what’s best for our children and grandchildren. We can probably also agree, empathically, that we want a healthy environment to raise them in and to grow old in. And if we can at least agree on these two precepts, then we must also agree that progressive evolution, as opposed to stagnant or regressive evolution, is the best and healthiest way to achieve both.

But, all too often, our inner psychopath rears its ugly head and whispers sweet subconscious nothings in our ear. Things like, “It’s just the way things are, deal with it.” Or, “The only way forward is through this particular religion rather than those other 4,200 religions out there.” Or, “The only way forward is with strict law and order backed by a violent state, otherwise there will be anarchy.” Or, “Before we can move forward we must divide ourselves from the rest of the world in order to keep out illegal immigrants. How about a wall?” Or, “We must hold on tight to our traditions, no matter how outdated. We must maintain our customs and beliefs at all costs.” Or, “Yes, but I don’t want to be uncomfortable, vulnerable, or unsure of the future.” Or, “I want to change the world, sure. But I don’t want to change myself.”

There comes a time when we must put our foot down on our own insufferable thoughts, take a step back, and look at the big picture: We all want a healthy environment for our kids. That’s it. That’s all we need to focus on in order for our inner empath to trump our inner psychopath. As soon as we start in with our hand-me-down, spoon-fed politics, we lose the underlying empathic essence. We lose the connection, the shared story that we have with every single other human being on the planet. We all want a healthy future for our kids.

So, what does a healthy future mean, exactly? What is a healthy environment? And how do we get there? How do we even get the engine of a healthy-progressive-evolution-for-our-species started? First and foremost, we need the following words as our core tenet: We can disagree and still love each other unless your disagreement is rooted in my oppression or denial of my humanity and right to exist freely. In other words: We can coexist, and even disagree, as empaths, but we cannot coexist if you are a violent, tyrannical, psychopath who thinks you need to forcibly control me. That’s the first step: the root-womb-cornerstone foundation of our way toward a healthier future for our children.

After that, progressive evolution just requires imagination, improvisation, and adaptation. It requires us getting out of our own way. Especially when it comes to our conditioned psychopathic tendencies to want to control everything and everyone to the extent that we are not only violent toward our environment (ecocidal) but violent toward each other (homicidal).

Now, more than ever, in the thick of the Anthropocene epoch, we have the power to direct our own path. But will it be healthy or unhealthy? We must be able to rise above our petty differences and embrace our mutual need to adapt to change. Otherwise, we become too rigid, too inflexible, too stuck for healthy evolution to proceed.

So, I beseech you, beware the tyranny of habit. Be not psychopathically inflexible. The more elastic and fluid you are, the more you’ll stay afloat when the crushing waters of vicissitude come crashing through, and the more you’ll be prepared to be an empathic beacon of hope for others. Change is not easy. It never has been. But change is inevitable. There’s no stopping it. We either wreck ourselves and the world trying to prevent it, or we adapt and overcome in order to evolve with it.

It really does come down to something as simple as our ability, or inability, to deal with change. This is because change is a deceivingly complex concept to deal with for a psychosocial naked ape deep in the throes of the adolescent phase of its own evolution. We’re floundering in this adolescent awkwardness. The more evolved part of our mind, the empathic higher consciousness, likes to think it can adapt to change, but the less evolved part of our mind, the subconscious lizard brain, is afraid of change and fights against it. And guess which is usually stronger? Sadly, the psychopathic lizard brain.

Our lizard brain, full of fear, full of flight-or-fight knee jerk reactions, wants to keep everything comfortable, safe, and secure with no risk. It doesn’t care what it has to do to maintain its current state of comfort, safety, and security. It clings to scarcity and divisiveness because that’s what it has been conditioned into believing. It will even become violently psychopathic toward anyone who tries to take it away, or who suggests an uncomfortable risky way forward. All the while vainly and futilely resisting change. As [url=https://www.amazon.com/gp/search/ref=as_li_qf_sp_sr_il_tl?ie=UTF8&tag=wakitime09-20&keywords=George Bernard]George Bernard Shaw[/url]said, “Those who cannot change their minds cannot change anything.”

Gary ‘Z’ McGee, a former Navy Intelligence Specialist turned philosopher, is the author of Birthday Suit of God and The Looking Glass Man. His works are inspired by the great philosophers of the ages and his wide awake view of the modern world.

This article (Psychopath vs. Empath: The War Between Evolution and Stagnation) was originally created and published by Waking Times and is printed here under a Creative Commons license with attribution to Gary ‘Z’ McGee and WakingTimes.com. It may be re-posted freely with proper attribution, author bio, and this statement of copyright.

OUT OF MIND » PERCEPTUAL AWARENESS ~ WELCOME TO WOOVILLE » THE SHIFT IN CONSCIOUSNESS » Psychopath Vs. Empath: The War Between Evolution and Stagnation