OUT OF MIND » HEALTH & MEDICAL INFO » MARIJUANA & NATURES MEDICINALS » Timothy Leary’s Famous Challenge: Be True to Yourself and Find the Others

Timothy Leary’s Famous Challenge: Be True to Yourself and Find the Others

If anyone deserves the label “mad scientist,” it’s probably Tim Leary.
Until he was nearly 40 years old, Leary led a fairly conventional life, becoming a respected psychologist and Harvard professor.
Then, in August of 1960, Leary took a trip to Mexico to experiment with psilocybin mushrooms, after hearing about them from a colleague.
This experience radically altered the course of Dr. Leary’s life. 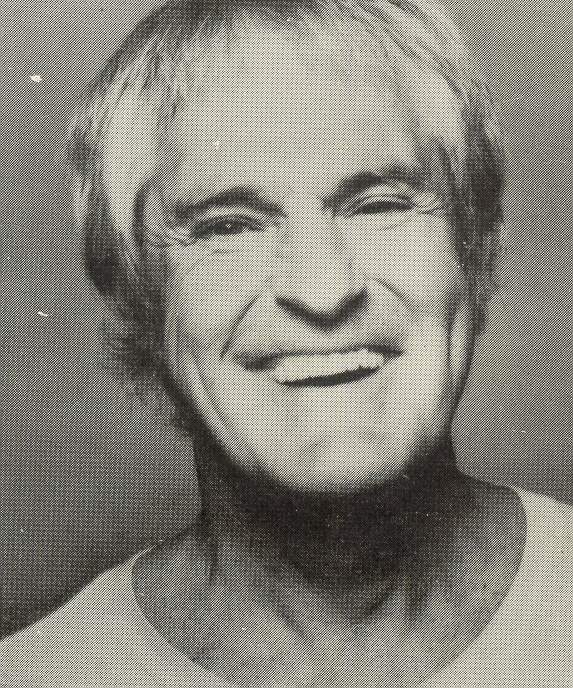 “I learned more about my brain and its possibilities and more about psychology in the five hours after taking these mushrooms than I had in the preceding fifteen years of studying and doing research in psychology.”

Dr. Leary went on to become an iconic figure in the hippie counterculture of the 1960s and 1970s. He developed a number of philosophies related to psychedelics and popularized catchphrases for his philosophy, such as “set and setting,” “turn on, tune in, drop out,” and “think for yourself and question authority.”
Dr. Leary also discussed a number of transhumanist concepts. He coined the acronym SMI²LE, which stood for “Space Migration, Intelligence Increase, Life Extension.” He believed humanity’s future was in utopian technology that would allow us to colonize space, dramatically increase our intelligence, and extend our lifespans indefinitely.

Leary was a spirited proponent of free thought, free expression, and freedom to experiment with consciousness and live life as one chose, so long as one was not harming others. Tragically, the establishment deemed Leary a dangerous threat, and he spent many years in prison, eventually seeing the inside of 36 different prisons worldwide.

There’s one particular passage from Dr. Leary’s work that has been circulating around the Internet for many years, continuously being passed on, due to its power to force one into a state of radical self-honesty.
It’s a passage that has the power to change your life.
When I first happened upon this passage a few years ago, I felt as if Tim were speaking to me personally.
I imagined him beckoning me to come in close and murmuring in a hushed tone of secret things, mysterious places, and ways of life that deviated from the status quo. In other words, the words spoke to me, as all of my favorite writing does. Here’s the quote, soak it in slowly:

The message Leary delivers in this quote is a powerful one. “Wake up!” he seems to shout, “There’s more to life than you’ve been told.”
The quote is chilling because he’s telling us precisely what we’d sensed but feared to acknowledge — that we don’t really “fit in”, that we can never be like most people, that we’re different. This would seem to be a scary notion. However, Leary’s tone suggests that it’s quite the opposite. Society would have us believe that being atypical is cause for concern, but what if it were secretly a door to liberation?
Forcing oneself to fit in and be “normal” is in fact a tasteless, bland, and ultimately empty life of conformity and timidity. The secret is that “normal people” don’t really exist—we’re all strange in some ways and everyone who seems totally normal is just doing a good job of hiding their peacock feathers. Enchantment and joy are often found in the uncommon and the unusual. There’s magic in the urge to forge one’s own path. Other individuals are waiting out there to help us, to befriend us, if we can but open ourselves to new people and experiences.

A better world exists if we can summon the audacity to rid ourselves of the instinct to mindlessly follow the dominant paradigm, the popular lifestyle, the ephemeral trends. Leary’s most central message is to be true to yourself — the deep self that most people never reveal. The one that wants freedom and love and adventure. The self in your heart; let it breathe.
Leary is saying all of this and more. I love the quote because of the ideas it expresses, but also because of something about it that cannot be put into words. It captures a certain feeling, a feeling that drives people to change their lives. I don’t think there’s a word for this feeling, but it’s a sort of hunch that rumbles from the depths of one’s being. It’s a fissure that gradually becomes a rift then an earthquake, causing the ground beneath one’s feet to tremble until it cannot be ignored. It’s a blossoming realization that must be understood by the soul before it can be understood by the mind.
Maybe you recognize the feeling to which I’m referring. Maybe you don’t. Perhaps it isn’t universal. Perhaps you won’t know it in your lifetime. I don’t know. All I can say is that something creeps up to let you know that you aren’t the person you wanted to be, that there’s more to this world than you had previously thought. Then you change, because you must. You find curiosity and passion and motivation that weren’t there before. Confidence and self-respect grow. Things begin to coalesce, to feel “right”.
To those who haven’t met this point and wish to, I can only advise you to seek. In the back of your mind, always believe that epiphanies are coming. Always focus on learning as much as possible. Think like a child. Keep both eyes and mind open, eternally. Be willing to entertain any idea. Undertake life experiments. Look for teachers and signs in unlikely places. Reflect. Pay attention to your thoughts and feelings. Look yourself in the mirror and ask if you’re content with where your life is heading. Care about living in the fullest sense.
Remember that in life, it’s quite difficult to find what you’re not really looking for. So stay alert, be patient, and believe that there is more. Really believe.

If you’re ready to change, take the ultimate life experiment.

I love the style of Leary’s quote. It’s a sort of direct confrontation, a kick in the pants, a call to arms for anyone who is ready to hear it. I decided to try to craft my own version of it, and that’s what I wish to leave you with in this article. I can’t promise mine measures up to Dr. Leary’s, but I hope it resonates with you anyway. Take care, friends, and here’s my rendition:

“Admit it. You aren’t satisfied. You’re not entirely sure why or how, but you aren’t. A vague sense of lack, a question — is this it? — gnaws at you, keeps you up some nights. You should be happy, you tell yourself. You’re living the dream, aren’t you? Hip, classy wardrobe. Respectable career path. Connoisseur of TV. Internet extraordinaire. Sarcastic, detached personality. Gets a bit wild on weekends. Success, right? So they said, but you aren’t sure anymore. The “right”, “safe” things feel so… obvious, boxed-in, dinky. Some days you wish you could just burst into song on the street or make animal noises in a professional setting. You hear faint whispers calling you to the dangerous, the different, the bold, and the unknown. The half-buried dream. The maybe-someday travels. The secret project. The un-slain dragon. Follow the whispers. The hardest thing is to love who you really are and be that person but you must. Courage is rewarded, and life is a tenacious quest or nothing at all. Question everything. Startle yourself. Make somebody’s day. Ask her name. Bare your naked soul to all between land and sky and disregard the naysayers. You’re never alone. Find the others.”

If you’re ready to “find the others” and become who you truly are, take our course, 30 Challenges to Enlightenment.

A Note on the Safety of Psychedelics

As we repeatedly stress on HighExistence, psychedelics must be treated with reverence and caution. We believe that in a proper set and setting, certain psychedelics are powerful medicines with great potential, but there are a number of physical and psychological safety concerns to be aware of. We recommend doing a lot of research, including reading the section on ‘Psychedelic Safety’ in The Essential Psychedelic Guide on Erowid and our guide to psychedelic myths before deciding to try psychedelics. We don’t recommend taking psychedelics illegally. Take care, be smart, and be well.

OUT OF MIND » HEALTH & MEDICAL INFO » MARIJUANA & NATURES MEDICINALS » Timothy Leary’s Famous Challenge: Be True to Yourself and Find the Others