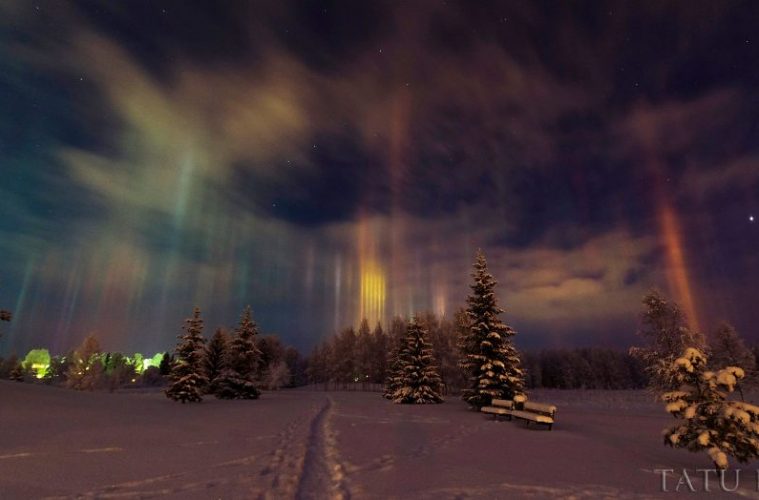 Growing up in a small town in Northern British Columbia, Canada, the Northern Lights were a common sight. It wasn’t until I moved to Toronto back in 2010, that I actually realized how much I took this spectacular light show for granted as so many people I met had a longing to witness this natural beauty – it didn’t occur to me that I was actually lucky to witness this beauty as many people had only dreamed of seeing the Northern Lights. Since I left my home town, I have not seen the lights again, even though it’s all I want to see.
advertisement - learn more

Although to view the aurora borealis is somewhat rare, there is another natural phenomenon that can be witnessed in colder climates in the Northern Hemisphere at night time, these have come to be known as “light pillars” as essentially, they are pillars of light and colour that seem to shoot up from the ground and into the sky, they are also very beautiful!
Every once in a while someone is able to capture this beauty on camera so that the rest of us who have only dreamed about such an event can have a glimpse at the magnificence that our mother, Gaia has to show us. Recently, photographer Timothy Joseph Elzinga was woken up by his 2-year-old son, Gibson at 1:30am after his son noticed these beautiful coloured lights dancing through the sky. Timothy grabbed his camera and was able to shoot some breathtaking photos, he later realized that what he was seeing was actually a natural phenomena known as light pillars.

“I thought it was The Northern Lights because we live in Canada. It was a super clear night, you could see everything. These lights were shooting into the sky, blasting hundreds of feet in the air and they were shimmering and moving.” Elzinga said.

What Are These Light Pillars?

Well, believe it or not, they aren’t messages waiting to be decoded sent to us from super advanced hyper dimensional beings – at least that’s not what mainstream science tells us. A light pillar is essentially an optical phenomenon created by our atmosphere. It is an interaction of light with ice crystals. When the temperature drops and the ice crystals position themselves horizontally as they fall through the air, they are acting as vessels for the light, and thus shooting it upwards into the sky.
If you haven’t been lucky enough to witness this natural magnificence for yourself, perhaps you will appreciate some photographs from various sightings of these pillars of light from around the world. Enjoy!
advertisement - learn more

1. Pillars Of Light In Aftonbladet 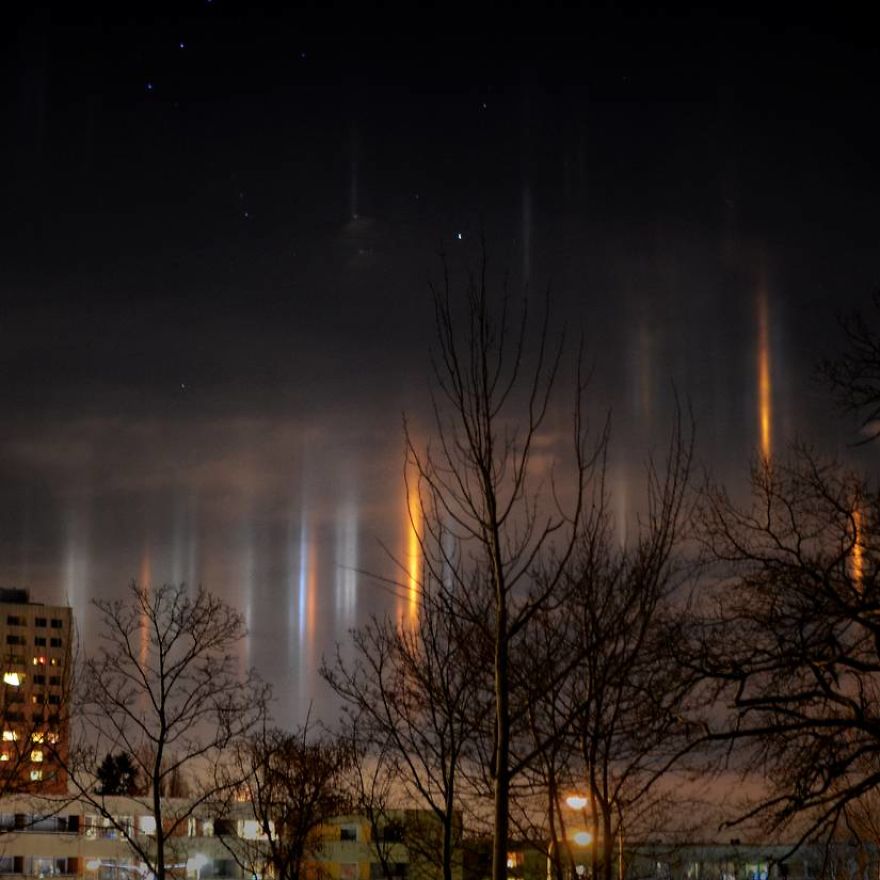 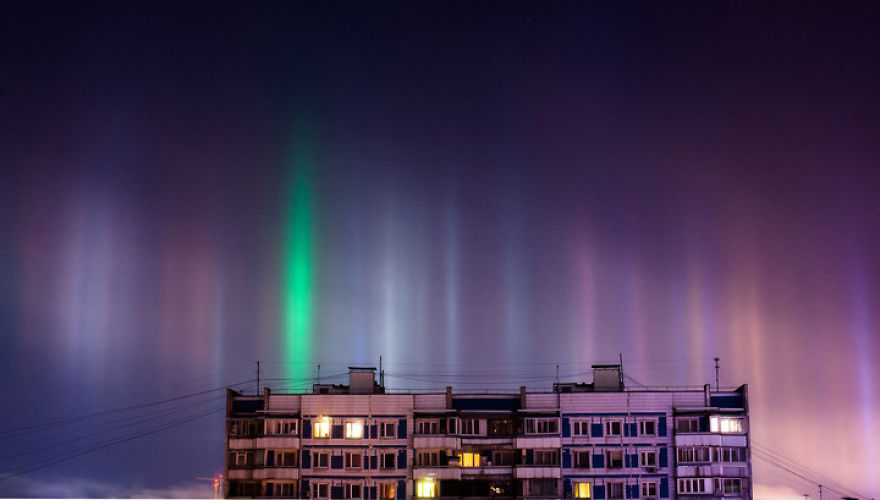 3. Pillars Of Light In Ontario, Canada 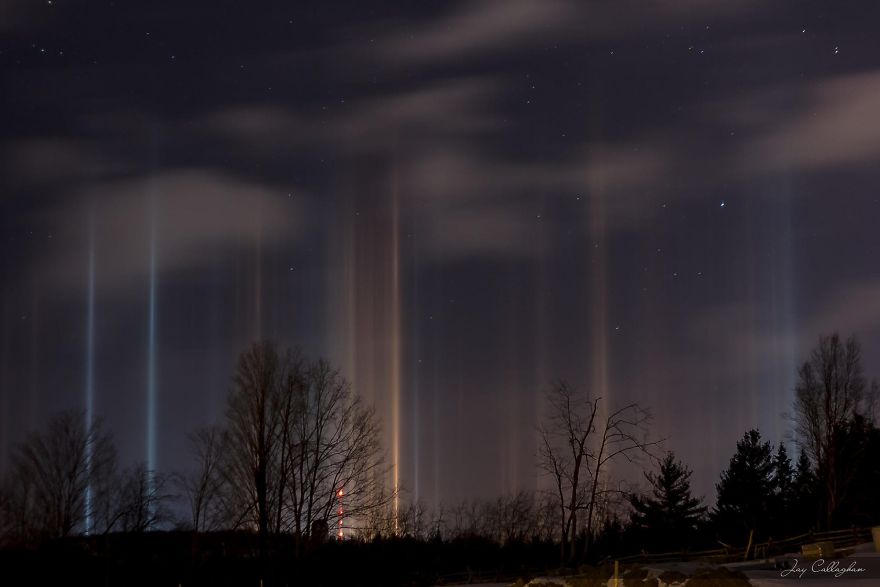 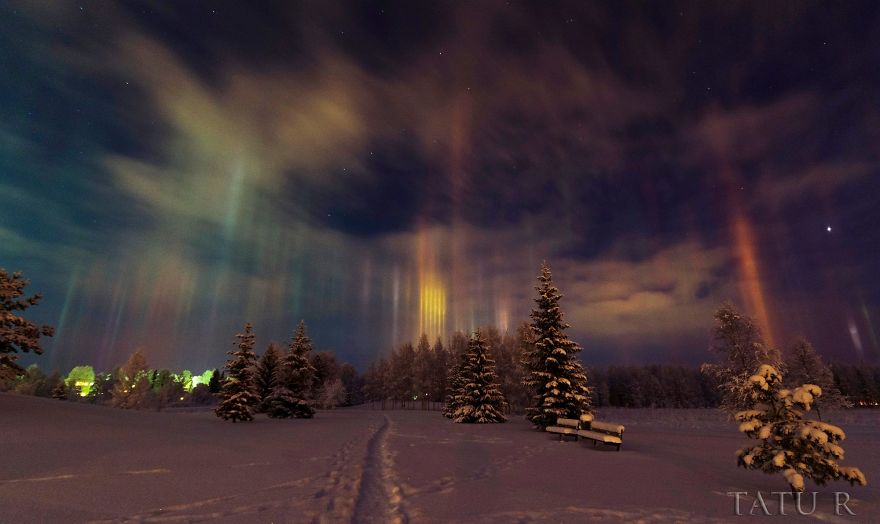 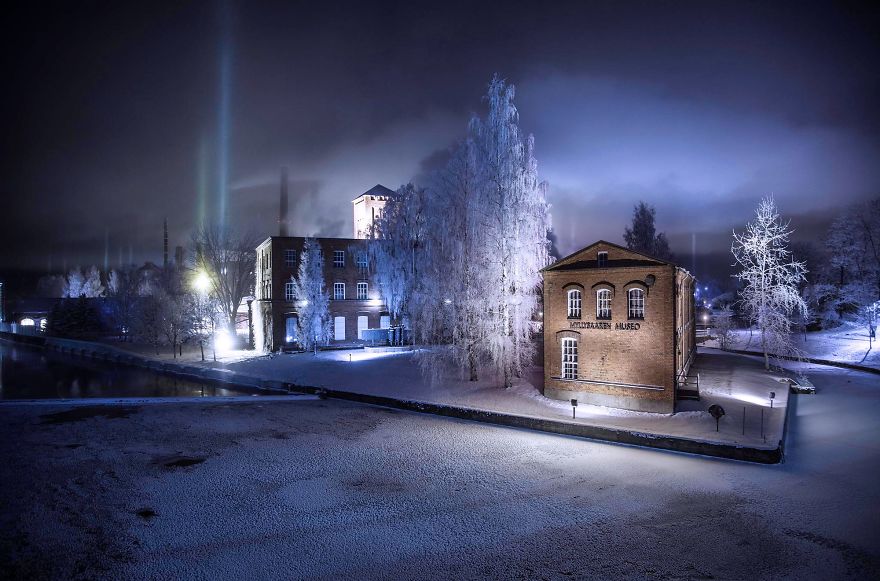 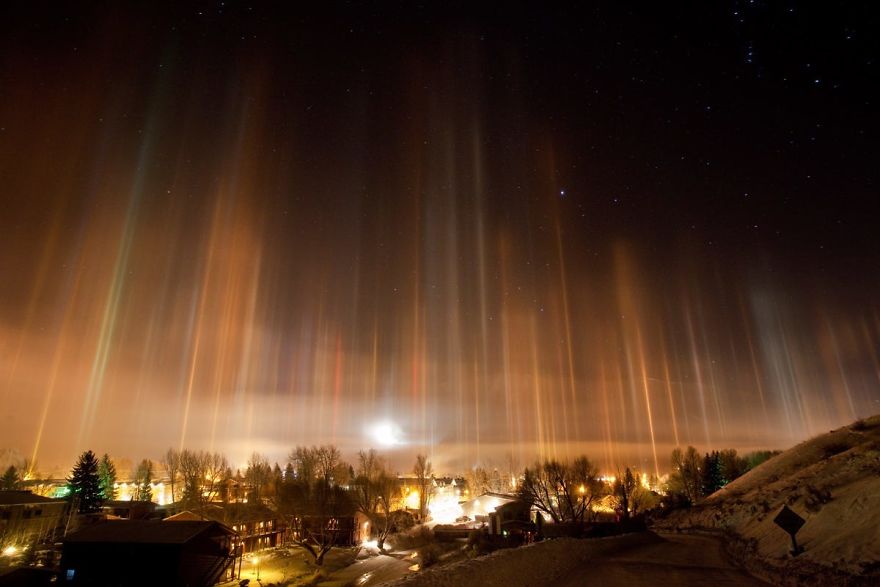 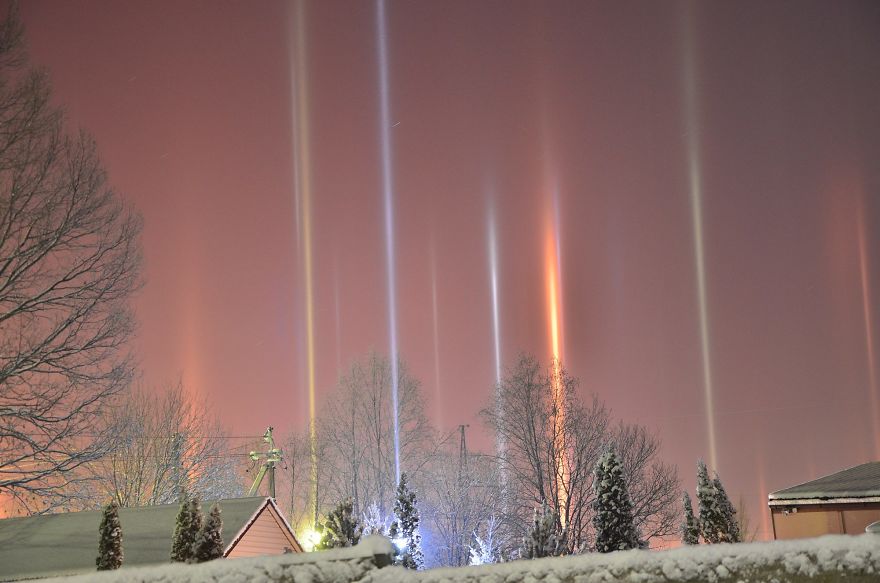 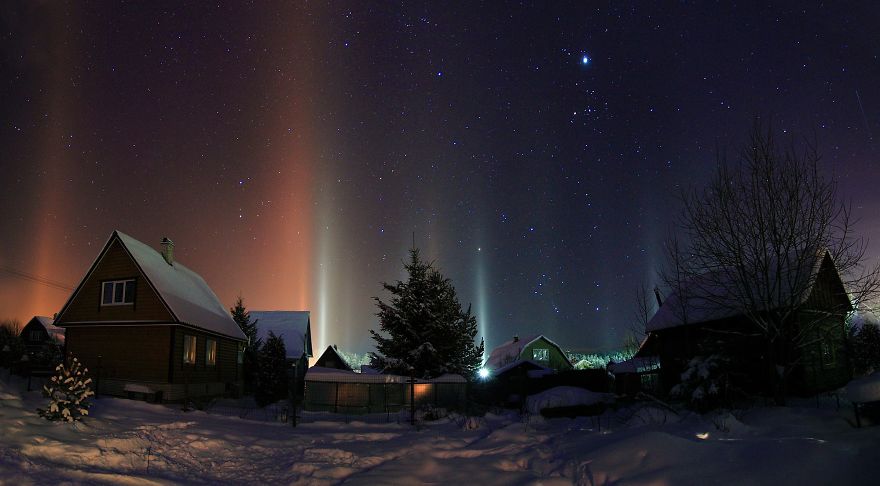 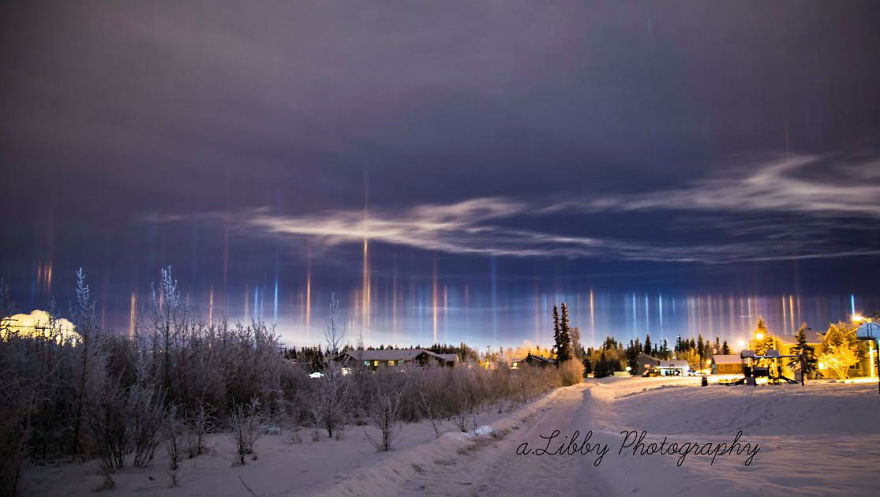 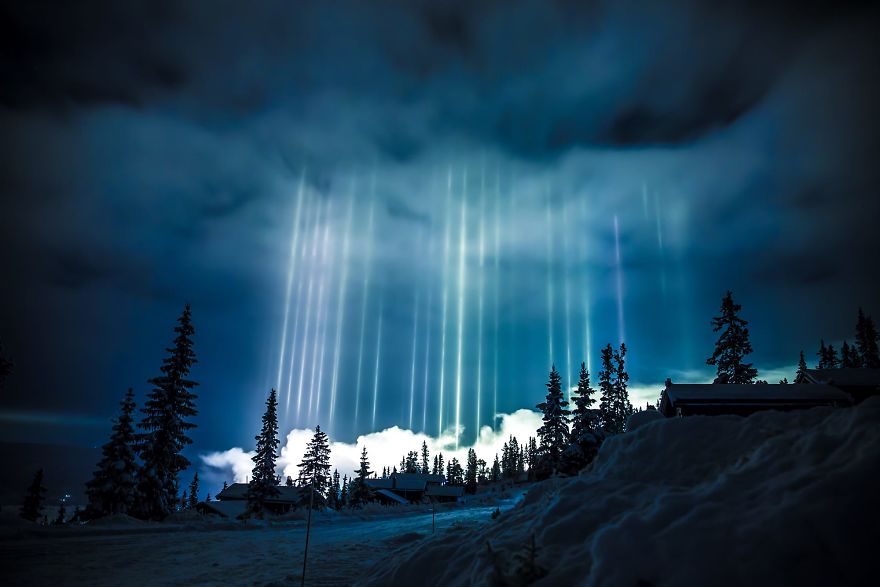