OUT OF MIND » THE INSANITY OF REALITY » ILLUMINATI AGENDA & WORLD DOMINATION » Who and What Was Behind ‘The Exorcist’ Movies?

Who and What Was Behind ‘The Exorcist’ Movies? 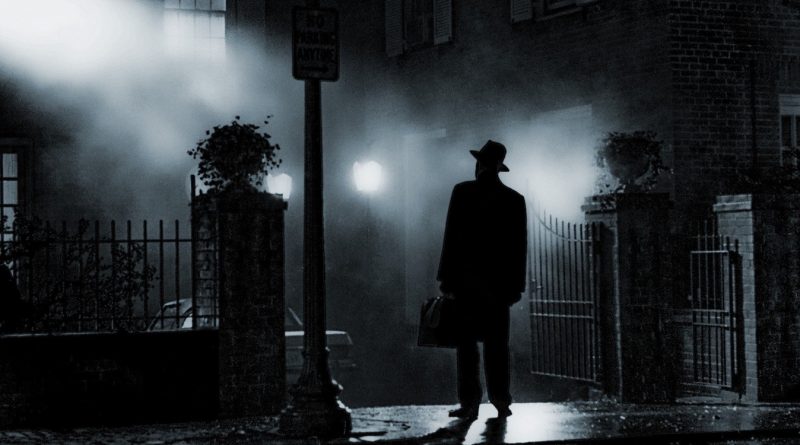 Who and What Was Behind ‘The Exorcist’ Movies?


January 4, 2018 renegade
By Russ Winter
When I watched the movie “The Exorcist” as a young man in 1973, it scared the heebie jeebies out of me. At the time, I lived alone in a modest apartment and hardly slept all night. This was a new film genre, and it kind of traumatized me. The other film that hit me hard was the cage and Russian-roulette scene in the movie “The Deer Hunter” (1978). What’s curious is that I watched “The Exorcist” for a second time last year and it had much lesser affect. After 45 years of exposure to more generalized trauma in our entertainment and culture, it seems I’m used to it or desensitized.
“The Exorcist” was followed by a whole generation of slasher movies. And, by sheer coincidence, America experienced what is called the Satanic Panic. Much of it was centered around ritual abuse. At the time, there were a number of stranger-on-stranger crimes of a hideous nature, often involving self-professed killers, who claimed to be possessed.
Today, skeptics and pervert justice warriors — who were little more than a twinkle in their pop’s eye at the time — dismiss it as hysteria and “conspiracy theory.” Indeed, skepticism on this and Pedogate has become the default position. But the wags and suckers have no context in which to judge that period. They are also desensitized — as well as brainwashed.
Ted Bundy, when he was advising the Green River task force, recommended that they stake out and look for suspects at the next big Seattle slasher film festival. Bundy stated that such movies had an impact on what he called his “entity.”
As a reminder, “The Exorcist” focused on the story of Regan, an 11-year-old girl and daughter of a movie actress residing in Washington, D.C. The child becomes possessed by an ancient demon, and it’s up to a small group of overwhelmed yet determined clergy to somehow rescue Regan from her unspeakable fate.
A scathing review of the book in TIME magazine proved prophetic in a backhanded way.
“It is a pretentious, tasteless, abominably written, redundant pastiche of superficial theology, comic-book psychology, Grade C movie dialogue and Grade Z scatology. In short, The Exorcist will be a bestseller and almost certainly a drive-in movie,” TIME’s review stated.
“Appallingly effective on the surface,” Gary Arnold wrote in The Washington Post. “‘The Exorcist’ is appallingly worthless beneath the surface.”
Well, maybe not so worthless. But with a purpose?
Now, I learn that the author, William Peter Blatty of the original “Exorcist” and “Exorcist III” (1990) was US Air Force’s Psychological Warfare Policy chief. Maybe this is all just a big cowinkydink for skeptics to again dismiss. Or is it possible these films were part of a mass psychological trauma exercise? “Exorcist III” was written and directed by Blatty and starred George C. Scott. It’s said to be more horrific than the first. I wouldn’t know. I’ve never watched it other than clips.
Additionally, Blatty’s book “Twinkle Twinkle Killer Kane” was about a military mental hospital with hints of a mind control program run amok. The doctor was played by Stacy Keach in the movie adaptation called “The Ninth Configuration.”
However, “Exorcist III” caught the rapt attention and interest of several of America’s most notorious serial killers. Jeffrey Dahmer, for example, told police detective Dennis Murphy that he watched it two or three times a week for six months and identified with the Gemini Killer. Dahmer thought he was possessed. Dr. Park Dietz — a forensic psychiatrist indicated that Dahmer would watch “The Exorcist III” and “Return of the Jedi” to set “the right mood” before cruising for victims and eventually murdering them. Sometimes Dahmer would also bring his victims home and watch a portion of the films with them and direct their attention to certain scenes he believed were important.
David Berkowitz, the Son of Sam killer, met with the leading Catholic exorcist Father Martin, who proclaimed him possessed.
Brad Dourif’s performance as the Gemini Killer in “Exorcist III” would move up and down between calm and casual — even a little funny —and a complete raving psychotic.
“The Exorcist III” movie was also the favorite of Danny Rollings, the Gainesville Ripper, who also identified with Gemini. Rollings in the flesh in public appearances acted like the calm “gracious me” part of Dourf’s performance — but he also identified with the possessed part [see the second video below].

Posts : 486
Join date : 2017-05-11
I didn't think it was much of a secret the WPB was CIA and that that they know that fear is a valuable tool in causing people to panic/shut down. He decided to profit from it himself which led to movies like the Omen, Amityville Horror, Rosemary's Baby, etc.
The use of subliminals like flashing the demons face/ death mask and audio like angry, buzzing bees and the sound of rabbits being slaughtered caused (mostly male) viewers to become nauseous in the theatres.
Having said that, I have no idea what a "pervert justice warrior" is. Isn't exposing the "deep state" warrior justice?

OUT OF MIND » THE INSANITY OF REALITY » ILLUMINATI AGENDA & WORLD DOMINATION » Who and What Was Behind ‘The Exorcist’ Movies?