The Difference Between True and False Resonance 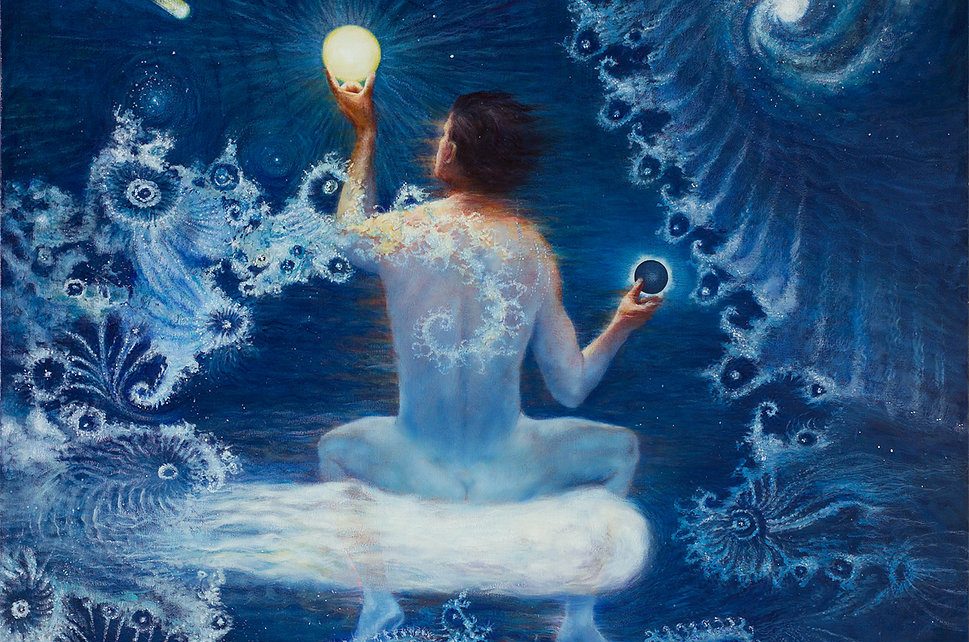 The Difference Between True and False Resonance
By Bernhard Guenther, September 1, 2017
Many people (myself included) talk sometimes about “resonating” with something or not when determining the “truth” of a particular writing, teaching or information. It’s that non-verbal intuitive “knowing”. However, there can also be “false resonating” (positively or negatively) when it is mistaken for wishful thinking or based on (unconscious) projections or triggers. Sometimes, the false part within us based on conditioning, programming, and wounding resonates with something which we mistake for our true self, resulting in false resonance, or we reject the truth of something because it challenges deep ingrained belief systems we are identified with and hence “don’t resonate with it” because it brings up uncomfortable feelings… which also ties into cognitive dissonance.

“Sometimes people hold a core belief that is very strong. When they are presented with evidence that works against that belief, the new evidence cannot be accepted. It would create a feeling that is extremely uncomfortable, called cognitive dissonance. And because it is so important to protect the core belief, they will rationalize, ignore and even deny anything that doesn’t fit in with the core belief.”
– Frantz Fanon

While there is validity to the idea of “resonating” with a certain teaching or source, it can easily be misapplied if the “reading instrument”, the Self, is not “tuned” correctly. For example “feel good” messages are not necessarily proof of truth and can also be very emotional manipulative (especially when ego feeds off of it)… just like information that brings up fear is not necessarily false either nor is it “fear mongering”.
In order to find the true resonance one needs to separate the false self (with its assumptions, conditioning, expectations, wishful thinking, wounding, buffers, bias, emotional hooks and ego desires) from the true self connected to the Divine, that small non-verbal voice inside that can always separate a lie from truth, using intuition and critical thinking alike, even if the truth is not very “pleasant” and challenging to one’s world view and especially to one’s self-image.
In other words, honest sincere self-work is needed in order to detect the lies we tell ourselves and confronting all the rationalizations and denial that come with it so we can get more and more in tune with our soul resonance/knowing. From an esoteric perspective, lies to the self are the most harmful and hardest to detect, way harder than detecting the lies “out there” via an intellectual thought process. Essentially, one’s level of Being (soul embodiment) also determines how much (higher) Knowledge one can access via direct experience (Gnosis) that goes ways beyond a mental approach of “thinking” or just intellectually dissecting/processing information.
“False resonance” is the reason why many well-meaning people spread disinformation and corrupted/pop-spiritual (New Age) teachings. I don’t take myself out of the equation for I have done that as well, especially in my New Age days when I was not very discerning but mistook my own wishful thinking and emotional projections for “resonating”.
False resonance is also what COINTELPRO (Counter Intelligence Programs) targets and forms the basics of Matrix Mind Control. Good disinformation is most often lies mixed with truth. Enough truth to use as a bait to get the seeker’s attention/resonance or hook his/her ego and then put him/her on a false lead, because she/she swallow the lie as well, keeping him/her asleep while he/she believes to awaken.
Finding “true resonance” is related to the triad of Knowledge – Being – Understanding:

It also relates to the fallacy or misapplication of the idea that “truth must be simple”:

“It is generally accepted that nobody can go on to secondary school without having completed an elementary education. Exactly the same is true in the esoteric Tradition. However, in our modern world, we encounter a curious phenomenon. For example: we would not seek to discuss Newton’s binomial theorem without having studied algebra, for without this, every opinion we expressed on the subject would be worthless.
Yet, in the esoteric field, we find a host of “experts” who declare their opinions on esotericism without having ever learned even the rudiments of this knowledge. At the same time, some of them demand “simplicity” from esoteric teachings on the generally accepted principle that Truth itself must be simple. They conclude from this that access to Truth ought to likewise be simple. Then they assert that the methods to access Truth must be easily assimilable.
This argument would be perfectly correct if human beings and the problems they face were simple and just. However, that is not the case. There is a long road to travel from our state of distorted inner disorder to any “original simplicity.”
In practice, the doctrine of “simplicity” – if regarded as an axiom – turns the student aside from the strait gate and the narrow way that leads to Life. Impelled by this counter-truth, he believes he stands before this door, when he is in reality – although undoubtedly in perfectly good faith – walking the wide path that leads to perdition, ad majorem Diaboli gloriam, of course.
The Doctrine of Simplicity, correct in itself, but wrongly interpreted, becomes a snare for hearts and minds that are already too corrupt; a danger which should be recognized and avoided.
Some people complain that the subject of the fundamentals of esotericism is not simple. Others have said that it leads to great clarity. This apparent contradiction is explained by the fact that esotericism is addressed to readers who are predisposed to esoteric culture by their nature, formation or personal experience.
It is difficult, if not impossible, for an esoterically unevolved person to discern false prophets spontaneously. He will recognize them more easily by their “fruits,” by the observable results of their works, which serve as signs.”
~ Boris Mouravieff, Gnosis

Limitations of the Intellect and Online Communication 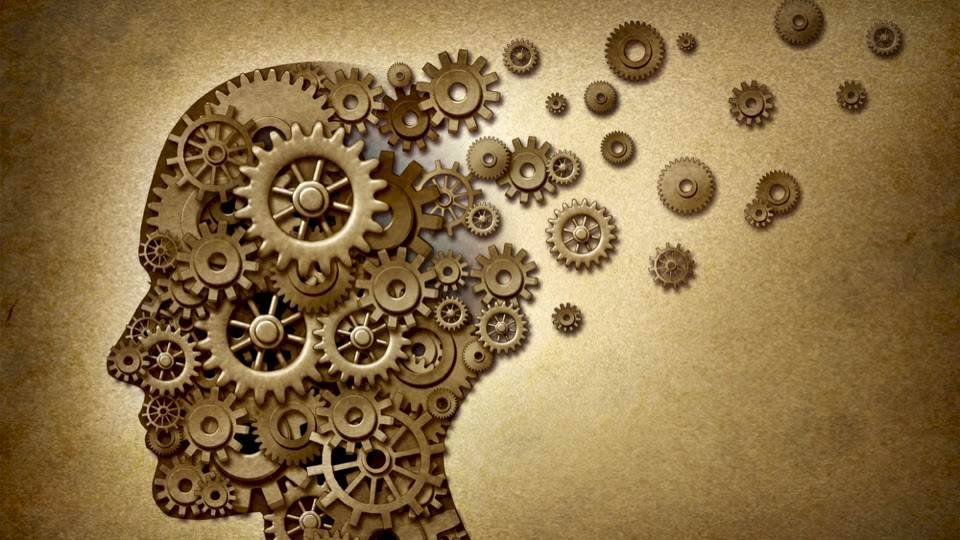 When it comes to separating truth from lies and connecting to our intuition and true resonance, intellectual critical thinking (while it is very much needed and has its place) is not enough and has its limitations because this isolated head-centric thinking is cut-off from the body-intelligence (and essentially from the Divine and Spiritual Self). If there is no emotional intelligence and embodiment (soul integration) combined with sincere self-work to raise one’s level of Being, one will get stuck on an intellectual level and one can appear very “smart” (even with an high IQ) without progressing any further – esoterically speaking – from the perspective of soul evolution. This is the state of Knowledge overriding Being Gurdjieff talked about in the quote above.
A head-centric highly intellectually “intelligent” person can write or say all the “right” and profound things without any internal alignment/integration/embodiment, i.e. no living experience of what he/she is talking about.  For example, we all have had experiences when someone is telling us something but energetically we pick up something different from the person, the underlying non-verbal impressions and communication – when we feel something is off, a lack of authenticity, or literally an emptiness behind a very well crafted exterior shell (which Narcissists, Sociopaths and Psychopaths know very well to manipulate with) .
These energetic impressions are more obvious when we interact in person, hence, online conversations can be more deceiving and challenging, especially when interacting with highly intellectual personas who have little or no emotional intelligence and are very cut off from their bodies. They also tend to self-justify and rationalize to extremes, always trying to be “in the right”. In other words, don’t get fooled by appearances and words alone.

“A dangerous habit is constant self-justification. When this becomes strong in the seeker, it is impossible to turn him in this part of the being to the right consciousness and action because at each step his whole preoccupation is to justify himself. His mind rushes at once to maintain his own idea, his own position or his own course of action.
This he is ready to do by any kind of argument, sometimes the most clumsy and foolish or inconsistent with what he has been protesting the moment before [but not obvious to him], by any kind of mis-statement or any kind of device. This is a common misuse, but non the less a misuse of the thinking mind; but it takes in him exaggerated proportions and so long as he keeps to it, it will be impossible for him to see or live the Truth.
[…]
All this our reason cannot grasp because it is the instrument of an ignorance with a very limited vision and a small stock of accumulated and not always very certain or reliable knowledge and because too it has no means of direct awareness; for this is the difference between intuition and intellect, that intuition is born of a direct awareness while intellect is an indirect action of a knowledge which constructs itself with difficulty out of the unknown from signs and indications and gathered data.”

The internet and social media have connected us to many people we would have never met in person. It has helped us to communicate our thoughts and share information world wide. However, at the same time there is only so much we can communicate through a keyboard and screen. Words are very limiting to begin with and a lot of non-verbal communication is lost – unspoken communication which we can only perceive in the physical presence of another: Eye contact, body language, energetic impressions, tone of voice, touch and embrace. All that is left out when we communicate online.
Projections, assumptions, and misunderstandings are unavoidable online. Emotions are being shared via emoticons as if they can possible express our vast emotional inner life, our life experiences. People judge us (or we judge others) based on our (their) online presence and the words we (they) type when in fact there is so much more to who we (they) are. We forget our bodies when we are glued to the screen too much. Our body is also constantly communicating to us just like Nature and the Divine. When we are caught in head-centric living we do not “hear” nor feel the messages and guidance within and around us – we are cut off from our intuition.
Let’s not forget to get more into our body, listening to its signals and connect more in person if possible – to look into another person’s eyes, truly listen (as in not waiting to talk), to feel the other person, and being more aware of the vast realm of non-verbal communication that reveals way more than the words spoken or typed. Being more grounded in our bodies connects us also to our intuition, internal guidance, and true resonance-ability.