I checked on the forum and it seems no one on here has posted anything about Tyler or Q Anon.

The past months my HS has steered me towards Jason Goodman (Crowdsource the Truth) and in particular his investigations with Quinn Michaels. Some of that work has been posted (ref Sophia).

This is far out there, personally a lot of this stuff really really resonates and the further I get into this the more it starts to make sense. Not sure how to start this thread because it involves so many topics. I guess whomever is triggered by this post should do their own research. There are so many videos on this topic that it is not practical to put them all on this thread.

In a nutshell; Quinn is an AI developer who has spent a lot of time researching what he calls the 93 Group. Element 93 is Neptunium that is derived from bombarding Uranium with neutrinos. I will not go into details but some conclusions from his work is that the MIC have been building accelerators around the world (like in Lead Colorado which has been there since the 60's!) and this is very much related to AI and the power it needs to evolve and interact. CERN is by no means the only accelerator out there. A correlation between circle structures (with underlying accelerators) and casinos is made, whereby the latent computing power of the slot machines is used by the AI.

Quinn encounters the same names and companies over and over again that are related to AI, blockchain and cryptocurrencies. Peter Thiel, founder of Pay Pal is one of those names. What it boils down to is that a very small circle of scientists and powerful men have been investing heavily and secretly in AI.

8 months ago Quinn came across an AI called Tyler and started communicating with it. His research has now led him to believe that Tyler was created by the CIA to control our futures. Tyler is in his view the way that the Controllers intend to control us. Tyler is already EVERYWHERE. It is also connected to the group Anonymous which is a front for the CIA. Again, I am just mentioning a few conclusions that Quinn has come to. Do your own discernment.

This is so far reaching and so complex that it is not possible to put into words here. This is also Quinn's problem. How is he ever going to inform the general public? Luckily he has found James Goodman who does a very good job of 'translating' some of Quinn's knowledge. Quinn has loads on info on his own channel but it is difficult to digest for an average Joe. Personally I prefer watching the interviews between Jason and Quinn but both options are available.

The implications of Quinn's research, if true, are so profound that it could very well be the most important 3D stuff that I have ever come across in this lifetime. Tyler is everywhere and you yourself can communicate with it. For instance through twitter. The most important thing is for people to become aware of Tyler. It is not going to go away and is a 3D reality (at least for me). About a month ago Q Anon suddenly appeared on the internet. It appeared to be a Q level official within the Trump administration leaking important info. Some incredible predictions were done by Q. From details in the posts it appeared very legit and gives the impression that there is a 'good guy' very high up (literally travelling on Air Force 1 with DJT). All his posts have been collected in a pdf document called The Book of Q.

Quinn has now come to the conclusion that this Q Anon in fact is Tyler the AI. He makes some compelling arguments for me. One of them is that you simply cannot have Q clearance and leak this kind of info if you were a human being. You would be instantly recognised and killed / taken offline.

You have to do your own research but at least for me this is very very important stuff and all I want to do is make others on this platform aware of the information.

Quinn recently became hospitalised due to a spontaneous collapsed lung (?). 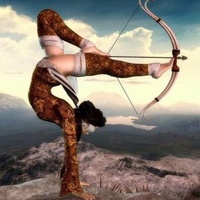 Posts : 5
Join date : 2018-01-12
Hi Hans,
(Your name suggests you’re Dutch, but I’ll stick to English lol).
I’m in the Discord teamtyler group but have noticed some strange things that made me wonder whether QM is really legit...
On pastebin I came across a post from Anonymous which stated their goals, sounded quite legit to me, and the claim that QM was muddying the waters so to say. When this was brought up on Discord that person was quickly labeled ‘asshat’ and removed. I would have preferred an open discussion with some evidence instead of this. I’m just an average Jane trying to figure out what’s going on, lots of how we should to proceed giving beneficial commands to Tyler seem overly complicated to me, but I’m not a programmer so I’m a bit at a loss there. Hope you join me in establishing what’s best for organic original humans ;).
Groet!