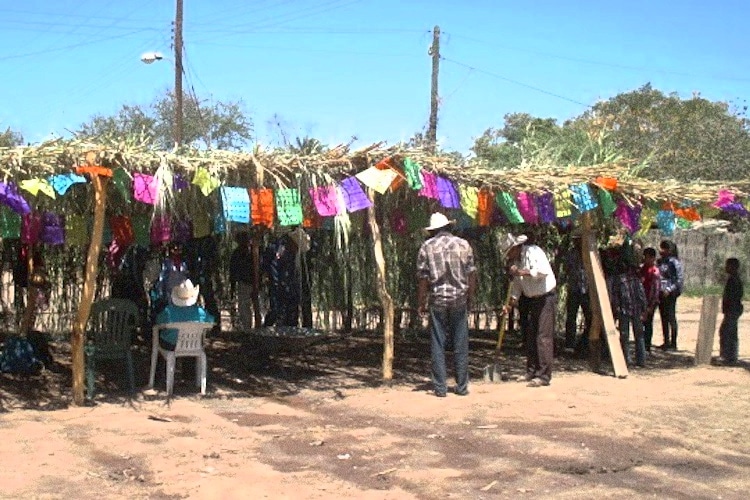 Markab Algedi, Guest
Waking Times
In Loma de Bacum, a town in Northwest Mexico near the border of Arizona, an indigenous tribe called the Yaqui are challenging the California founded, multi-billion dollar corporation Sempra Energy and their border crossing pipeline in the region.
The pipeline’s opposition is making headlines, being referred to as the “Standing Rock” of Mexico – and it is effective.


Such a pipeline was apparently made possible by the work of Hillary Clinton, the head of the State Department in Obama’s administration, who cracked open Mexico and encouraged them to privatize their oil and gas resources and clear the way for what they want.
The Yaquis people of Loma de Bacum chopped out a 25-foot section of the pipeline built on their land; it successfully stopped the pipeline from being in operation. One man humorously remarked that the 25-foot section was best used to grill food during a cookout.
According to BNA News:

A chunk of Sempra Energy’s natural gas pipeline sits in the dirt behind a community center in the village of Loma de Bacum in northwest Mexico. Guadalupe Flores thinks it would make a great barbecue pit.

‘Cut it here, lift the top,’ he says, pointing to the 30-inch diameter steel tube. ‘Perfect for a cook-out.’

Apparently seven of the eight total Yaqui tribal communities gave permission for the Agua Prieta, which is supposed to cross the Yaqui river, but the people aren’t having it. According to Bloomberg:

The Yaquis of Loma de Bacum say they were asked by community authorities in 2015 if they wanted a 9-mile tract of the pipeline running through their farmland — and said no. Construction went ahead anyway. The project is now in a legal limbo. Ienova, the Sempra unit that operates the pipeline, is awaiting a judicial ruling that could allow them to go in and repair it — or require a costlier re-route.

Now a legal battle is ongoing in the Supreme Court of Justice in Mexico, but people seem to stand up for what they believe in more in Mexico, with the type of violence those people have been subjected to – and violence is coming up here as well. 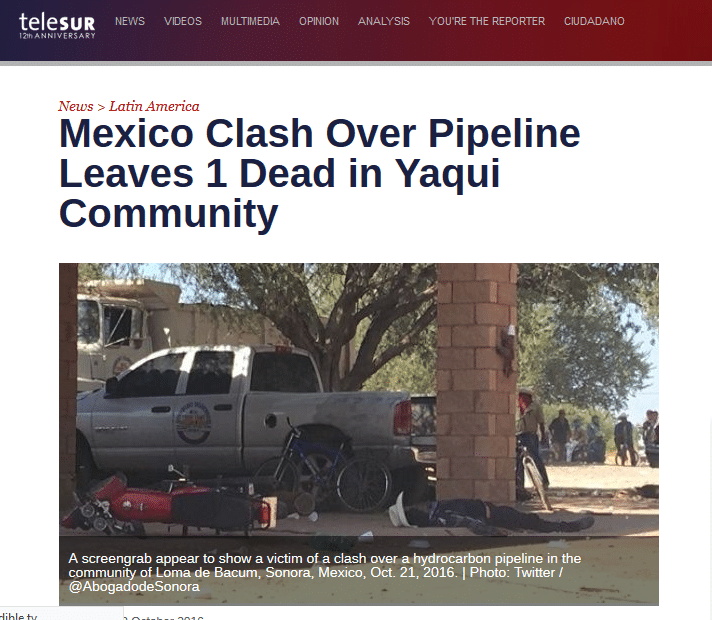 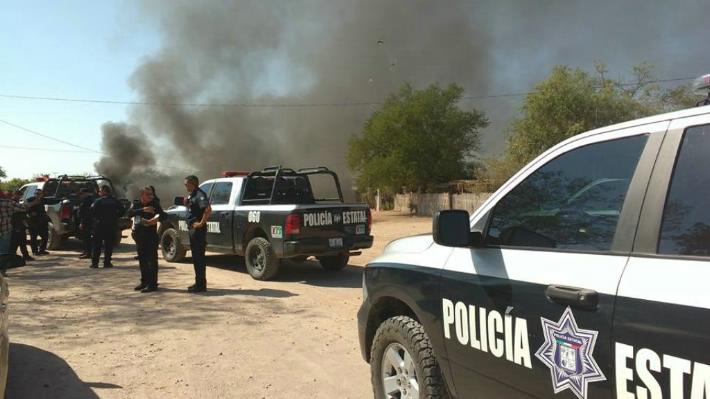 Construction of the pipeline “has generated violence ranging from clashes between the community members themselves, to threats to Yaqui leaders and women of the same ethnic group, defenders of the Human Rights of indigenous peoples and of the land,”according to Cimacnotcias, in an English translation of the content.
“They explained that there have been car fires and fights that have ended in homicide. Some women in the community have had to stay in places they consider safe, on the recommendation of the Yaquis authorities of the town of Bácum, because they have received threats after opposing signing the collective permit for the construction of the pipeline,” the article continues.
Now violence is never a nice thing to advocate for, but there is a distinct difference between self defense and protection of one’s personal property, and unwarranted aggression.
From Central America to the deep rain forests of South America, native people (and the more culturally Spanish populations as well) have been poisoned from the work of petroleum corporations such as Chevron.
This 3-part documentary was made about the pipelines that poisoned the Amazon rain-forest in Ecuador, with horribly toxic mercury and oil.

Perhaps even more interesting, some of the most vivid examples of modern militia movements in the Americas defending their communities occurred a few years ago in Southwestern Mexico. These two videos, albeit from VICE, are extremely insightful and inspiring.

Re: The Yaquis People Forcefully Halted A Pipeline’s Construction: “Standing Rock Of Mexico” Wed Jan 10, 2018 10:27 am