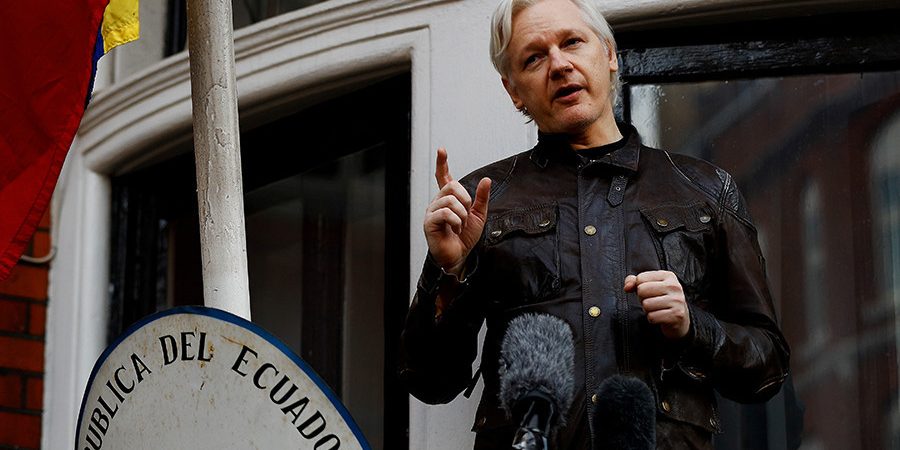 The Ecuadorian Foreign Ministry says it has granted citizenship to Julian Assange. The reaction of the ministry comes one day after Quito reportedly issued an ID card to the WikiLeaks editor.
The passport could provide Assange’s first step to obtaining diplomatic immunity, as Ecuador wants to resolve his indefinite embassy stay. The WikiLeaks founder has been holed up in the Ecuadorian embassy in London for five years.
The UK Foreign Office reportedly rejected a request from Quito to grant the whistleblower diplomatic status after the passport was issued to him on December 12.
Ecuador’s foreign minister, Guillaume Long, says the country is seeking a “dignified and just” solution with the UK government over Assange’s case. He added that Assange will not leave Ecuador’s embassy while there are no security guarantees.
A UK Foreign Office spokesman said, according to the Express: “The government of Ecuador recently requested diplomatic status for Mr Assange here in the UK. The UK did not grant that request, nor are we in talks with Ecuador on this matter.
“Ecuador knows that the way to resolve this issue is for Julian Assange to leave the embassy to face justice.”
It comes after Assange posted a picture of himself in an Ecuadorian football shirt amid unconfirmed reports he had been issued an Ecuadorian passport.
Ecuador usually issues such ID cards, which are called cedulas, for people claiming residency status. The Vienna Convention on diplomatic relations states that someone who holds a diplomatic passport is immune from prosecution. It is still no guarantee, however.
Assange has been living inside the Ecuadorian embassy in London since 2012, when he was accused of sexual assault in Sweden. Although Swedish prosecutors have since dropped the case, British police remain outside the embassy ready to arrest the WikiLeaks co-founder for breaking his 2012 bail conditions. Assange refuses to surrender to the British authorities, fearing they would extradite him to the United States, where he expects to be prosecuted for his whistleblowing activities.
RT