OUT OF MIND » SUPER SCAMMERS!! RV & DINARIAN FRAUDS & THOSE THAT BUST THEM OUT! » RV/GCR, GURU CHATTER & NESARA INFO » We Are Now Heading Into The Economic Reset, Everything Is About To Change: London Paul

We Are Now Heading Into The Economic Reset, Everything Is About To Change: London Paul

Admin
Posts : 100655
Join date : 2012-01-04
Location : Woodstock Nation
We Are Now Heading Into The Economic Reset, Everything Is About To Change: London Paul

This is an excellent interview!

NESARA is the covert National Economic Security and Reformation Act (March/October 2000). Notice that the S stands for Security; not for Stability. (S for Stability is a Bait-and-Switch mirror fraud; so is GESARA. More background here). NESARA is an American legal initiative with radical and benevolent global consequences.

Among other projects, this money will be used to buy out all oil corporations, banks and pharmaceutical cartels, and it will zero out (permanently cancel) all personal, corporate and national debts worldwide. More about universal debt forgiveness and the imminent global debt jubilee can be found here.

The Saint Germain World Trust resources are additional to, and separate from, The World Global Settlement Funds and the Global Collateral Accounts

The NESARA money was originally scheduled to be released in the year 2000, but the Bush White House and its banking and legal conspirators worldwide prevented the disbursement. And, through corporate pan-global control of mainstream media outlets, nearly all knowledge of NESARA's existence was suppressed. This is now changing.

When the NESARA global prosperity programs are openly and publicly announced, perhaps during January or February 2018, they will permanently change human civilization in every money-related way.

( ► Note to readers: Future history is developing fast now. Most of this development is not being explicitly reported with appropriate emphasis in the Western mainstream media. We are maintaining a dated compilation of links to geopolitically significant commentary at the foot of our Future Historians' List page here.)

The whole human population will benefit from NESARA. Earth is a most abundant planet. There is more than enough gold-backed human money currently in existence on Earth for each and every human being to be a GBP millionaire without debts of any kind. GBP = Great Britain Pound.

NESARA is about sharing the resources of the planet around fairly, and NESARA is about putting benevolent banking systems in place worldwide to deliver this monetary fairness. No individual anywhere on Earth will be beyond the reach of the NESARA wealth redistribution programs. And no individual or organization anywhere on Earth will be able to stop it.

NESARA will cancel all credit card, mortgage and other bank debt due to illegal banking and government corruption worldwide. Income tax will be abolished. A new 14% flat rate tax on non-essential new items will provide the revenue stream for national governments.

There will be increased benefits for senior citizens.

In the USA, there will be a return to Constitutional Law at every level of the legal system.

When the NESARA announcements are made, the US President and Vice President and all the officials in their administration will be removed from office with immediate effect. So will all members of the US Congress and their Khazar Zionist bosses. They will be replaced with constitutionally acceptable NESARA President and Vice President Designates, possibly including people such as Joseph Francis Dunford, Ron Paul, Dennis Kucinich, Timothy J. Holton, Paul Craig Roberts, or a retired Pentagon White Hat such as Michael T. Flynn or Carter F. Ham. Donald Trump may be allowed a temporary rôle in publicly exposing the machinations of the Bush syndicate and the Clinton Foundation, and in releasing details about the Satanist disinformation nexus connecting the US mainstream media and PsyOps cells within the US intelligence services.

There will be new Presidential and Congressional elections within 120 days of NESARA's announcement. These elections will be carefully monitored to prevent vote theft, hacking and other illegal election activities by special interest groups or covert syndicates.

All judges and attorneys will be retrained in Constitutional Law.

All aggressive USA government military actions worldwide will cease and global peace will be established.

Every American citizen over the age of 21 will receive $100,000 a month for 11 years, but the Farmers' claims will be paid first. Here, the settlements will include debt forgiveness of $300,000 (including mortgages, credit cards and loans) for each farming family. Similar reforms will take place in every country in the world.

Enormous sums of money will be made available for humanitarian purposes. New hitherto suppressed technologies such as free energy devices, pollution cleanup equipment and sonic healing machines will be released for the use of all. More about the Quantum Healing Computer Technology can be found here.

By the first half of 2016, it was apparent that the precise term "NESARA" might not be used, initially at least, to publicly describe the global package of prosperity, humanitarian, infrastructure and currency refinancing which had become necessary. With over a decade and a half having passed since the year 2000, and with the corrupt deterioration of most aspects of life in the Western world having reached such visible degradation, the "NESARA" aspects of the necessary reforms would need to be folded into (i.e. added to) a number of other financial and organizational rescue initiatives in which Asia and the BRICS would take the lead.

Further background details and links about the NESARA global prosperity programs and their history can be found further down this present blog page, and from James Rink here, from Patrick Bellringer here and from Mark Clarke here. In response to a critical interlocutor, Patrick Bellringer explains the legal history of the NESARA funding processes here (16/17.06.08). There is a useful compilation of NESARA links and material at Detailshere.com here. And a recent clone-related NESARA article can be found here.

Some historical information about US White House corruption which intersects with America's blocking of the global NESARA reforms can be found on other pages of this blog here (Citibank scandal), here (Bush White House begins to disintegrate) and here (The crucifixion of Chief Justice John Glover Roberts).

Posts : 2620
Join date : 2012-01-17
Age : 72
Location : NH
Like many things, it looks good on paper (sorta), but until you can see and feel it in reality, not so much. As much as this seems great and wonderful, it also seems to be logistically impossible in that by just replacing the corrupt people of Corporations and Governments doesn't automatically change the system. The people being put into positions don't automatically know how things should be run anymore than the Sheeple will automatically know what's going on any more so than they do now. I'm also not sure there is anyone or group of people who know how to roll something like this out without it being a complete cluster-fuck creating chaos. I'm not sayin I don't hope they try, but I'm certainly not going to hold be holding my breath. Just watching and doing whatever I can to help... 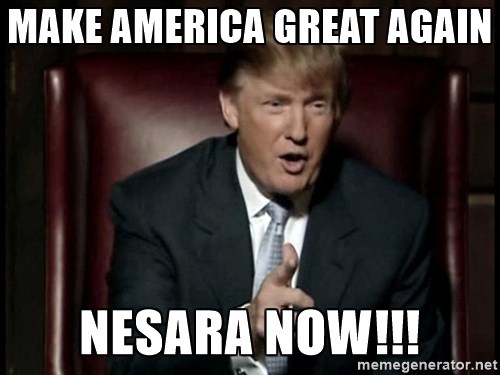 OUT OF MIND » SUPER SCAMMERS!! RV & DINARIAN FRAUDS & THOSE THAT BUST THEM OUT! » RV/GCR, GURU CHATTER & NESARA INFO » We Are Now Heading Into The Economic Reset, Everything Is About To Change: London Paul