Message to the Hawaiian Public Sent Indicating an Incoming Missile

On January 13, 2018, at 8:07am Hawaii time, a message flashed across TV screens and cell phones.  This message was declared a false alarm thirty eight minutes later.
The message on cell phones, in all capital letters, was “Ballistic missile threat inbound to Hawaii.  Seek immediate Shelter.  This is not a drill.”  Thirty eight minutes later (8:47am Hawaii time), another message flashed across phones saying “There is no missile threat or danger to the State of Hawaii.  Repeat.  False Alarm.”  The following photos of these messages are sourced from Twitter: 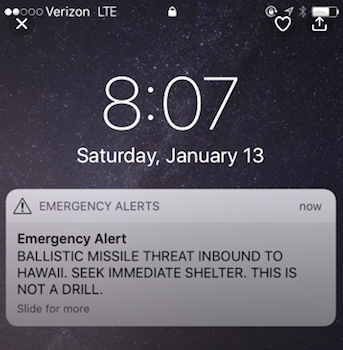 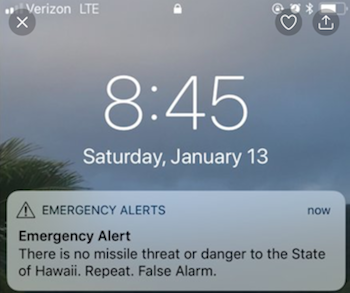 On television screens a message was displayed saying that the missile was detected by the U.S. Pacific Command and that the message was from IPAWSCAP, which is the FEMA national warning system. 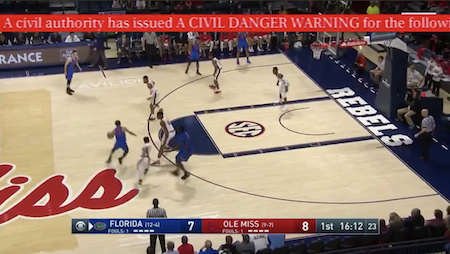 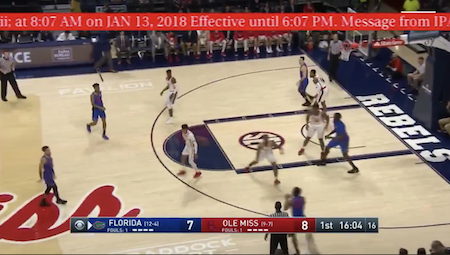 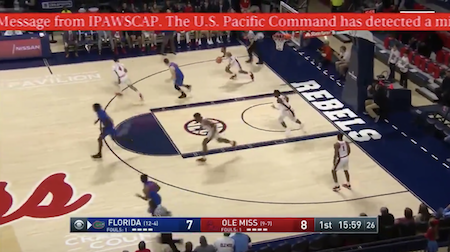 The above photos are sourced from Twitter, and were from a video by an unknown TV station in Hawaii, and were in a tweet by Nick Short @PoliticalShort.  The tweet disappeared within a couple hours of these screen shots.

Local television station KHON2.com published an article and video that includes a video interview of personnel from the monitoring facility that was the source of the message.
On the video from the article, the head of HEMA – the Hawaii Emergency Management Agency Administrator said, “We will take action to prevent this from ever happening again by having more than one person here to do this, make this decision.  We’ll work on equipment changes.”
A reporter then says, “Were you here when it happened?”
The head of HEMA says, “This is designed so that we don’t have to be here if this type of event happens.  We don’t want people calling us to get permission when we have such a short time window.”
The article goes on to quote the governor of Hawaii as saying, “There was no automated way to send a false alarm cancellation.  We had to initiate a manual process”.
The brigadier general also being interviewed then recommends that if an alert occurs again in Hawaii, it should be treated as the real thing until an “all clear” is given.
According to an article by Reuters, the head of HEMA stated, “Hawaii would have only 12 to 13 minutes of warning in an actual attack…”.

From the above interviews, it appears that a key person received information or checked equipment at the relevant facility, determined an attack was imminent, and then, sent out the alert.
It appears that the personnel working at this facility that monitors for incoming missiles, are tasked with this responsibility, thus they have the training for it and are considered responsible enough to make independent decisions, and to protect the population by sending out alerts during an actual attack.
Since the window is quite small – potentially only 12 to 13 minutes – time is of the essence in decision making.
There is no system to cancel alerts.  Thus the equipment must be considered to be pretty accurate, and / or, the choice is to err on the side of caution.
If the equipment to monitor for ballistic missiles is accurate, then why did it indicate a potential missile strike?
Later on in the day, it was said that a test was supposed to take place which then accidentally went live.


Two Photographs of the Hawaiian Sky, and An Interesting Story

The following photo was sent to me by my friend Alex Clark, and was found on Facebook.  I do not have the account name associated with the photograph.  It is a photo of the live KHON broadcast taken thirty one minutes after the emergency was declared a false alert.
This photo shows a shot of the sky at 9:16am Hawaii time. 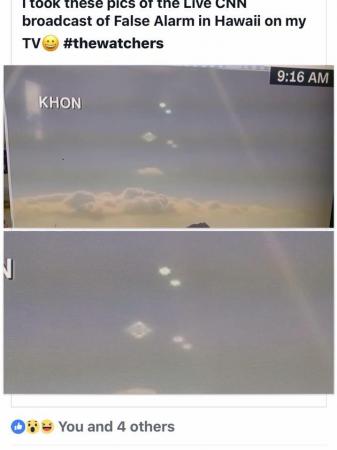 Let’s take a look at this photo with some color edits (below).  I have bumped up the contrast as far as it can go in the photo.  What this will usually do is darken pretty much the entire photograph. However, the round orbs in the sky are glowing incredibly bright even with the photo darkened as much as was possible. 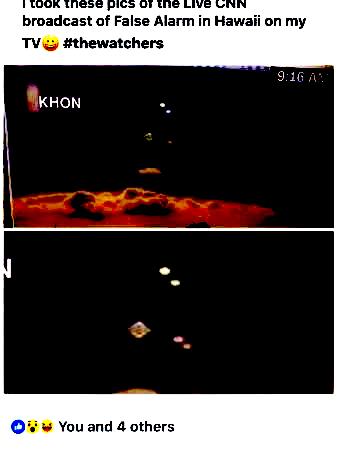 For me, this brightness after the color edits, indicates the presence of a technology that is lighted in a way that is beyond our current technology – the entire orbs are fully lighted and their color hasn’t diminished at all.  This technology feels very much like an interdimensional lightship, or UFO, to me. 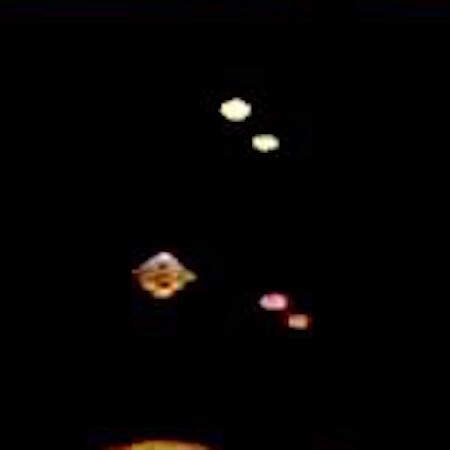 The other thing about the large UFO’s diamond shape, is that this is clearly not a cloud.  It has 90 degree angles would not be reflected in a usual photograph of a cloud.
I just wrote the word “angles” as “angels” – I had to go back and correct the spelling.  And when I did that, I had the confirmation feeling, that these vessels, or ones like them, may have saved the day.


Were These UFOs Assisting in the Emergency?

Let’s make that part two of our interesting story: That these unusual daytime UFOs, present at an extraordinary time, and at a time where the people of Hawaii, and the world, needed assistance, may have been involved in this emergency situation – if it was a real emergency.
UFOs and Nuclear Technology
UFOs are known to have focused upon nuclear sites and missiles on this planet.
The following quote by Robert Hastings, an authority in this area of research, is from a Collective Evolution article entitled, “Why are UFOs Shutting Down our Nuclear Missiles?”:
“Significantly, the UFO activity occasionally transcends mere surveillance and involves direct and unambiguous interference with our strategic weapons systems. Numerous cases include reports of mysterious malfunctions of large numbers of nuclear missiles just as one or more UFOs hovered nearby.” (Declassified Soviet Ministry of Defense documents confirm that such incidents also occurred in the former USSR.)  ~ Robert Hastings
So, let’s make that part three of our interesting story – that UFOs can and do effect nuclear missiles.  There is much testimony on this from credible sources, if you wish to research it, and there are links to Robert Hastings’ work in the article from Collective Evolution.


An Interesting Story of Galactic Assistance

Let’s put our interesting story together, now.  When we do that, it goes something like this:

I hope you have enjoyed our interesting story – a potential story of what may have transpired during the Hawaii missile emergency.
Here is my question – how would you feel, if it were true?  How would you feel if you felt that we had assistance, from unseen realms?
How does it feel to think, or to know, that there are more technologically advanced beings that have ‘got our back’?
Not to be saviors, no, because it is up to us human beings to solve our own problems, and to create our own innovative solutions.
Maybe, just maybe, we do have angels.

2018 Solaris Modalis. All Rights Reserved.  Permission is given to share this article on other blogs and websites as long as the text is posted in its entirety without alteration and with the accompanying photos, and with the author’s credit, copyright and live website links included in the article.
Check out the blog and more photographs at SolarisModalis.com.