Rudolf Steiner Describes the Hostile Spiritual Beings Who Feed Off Your Fear and Anxiety Fri Jan 26, 2018 10:58 am 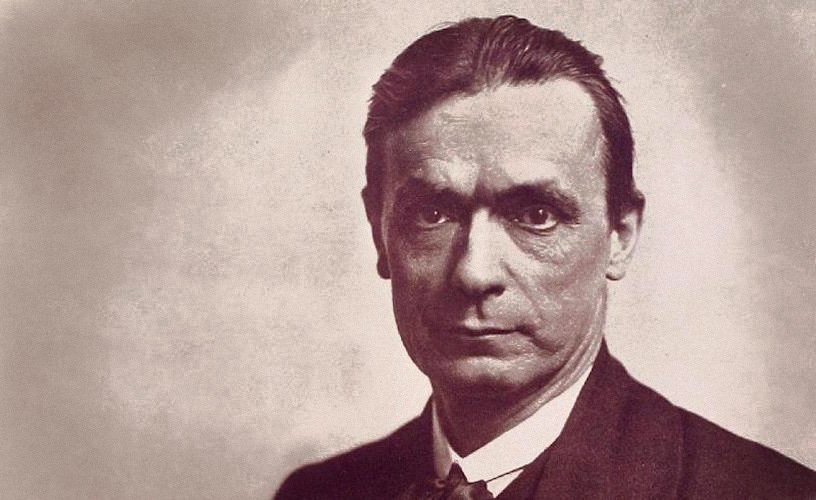 Dylan Charles, Editor
Waking Times
Anxiety, depression, and fear ravage so many today, but few pause to consider that in addition to the material influences in our lives, we may be also under the influence of beings which exist in dimensions outside of our ordinary perception.

But there is much more to reality than what we can see. feel, hear, taste and touch. In fact, an accounting of the matter that makes up the universe reveals that some 73% of it is made up of dark energy, and another 23% is made up of dark matter, neither of which can we see, nor understand. Furthermore, the human eye is only capable of seeing around .0035% of the entire spectrum of electromagnetic (EM) radiation. When we look into the heavens, 96% of it is invisible to us. Include in this the spiritual realms and there is an entire universe of possibilities which exists beyond our five senses.
Very few scientists today are willing to explore metaphysics to examine life beyond ordinary perception in order to make a connection between the seen and the unseen.
Rudolf Steiner, though, one of the most prolific and gifted scientists, philosophers, and esotericists of his time, devoted much of his work to the task of peering behind the veil, sharing his insight into the deeper nature of life and of the world beyond.
Regarding anxiety and depression, Steiner spoke of hostile beings in the spiritual world which influence and feed off of human emotion; a concept flatly rejected by most today. Yet this also analysis holds true for shamans and others who access the spiritual dimensions in order to alleviate mental suffering for their patients.

Many are familiar with the notion of energy vampires, or people who suck your energy and feed off your negative emotions. On the existence of similar entities which exist in other dimensions, Steiner wrote:

“There are beings in the spiritual realms for whom anxiety and fear emanating from human beings offer welcome food. When humans have no anxiety and fear, then these creatures starve. People not yet sufficiently convinced of this statement could understand it to be meant comparatively only. But for those who are familiar with this phenomenon, it is a reality. If fear and anxiety radiates from people and they break out in panic, then these creatures find welcome nutrition and they become more and more powerful. These beings are hostile towards humanity.

Everything that feeds on negative feelings, on anxiety, fear and superstition, despair or doubt, are in reality hostile forces in supersensible worlds, launching cruel attacks on human beings, while they are being fed. Therefore, it is above all necessary to begin with that the person who enters the spiritual world overcomes fear, feelings of helplessness, despair and anxiety. But these are exactly the feelings that belong to contemporary culture and materialism; because it estranges people from the spiritual world, it is especially suited to evoke hopelessness and fear of the unknown in people, thereby calling up the above mentioned hostile forces against them.” ~Rudolf Steiner

Negative emotions are food for inimical spirits.
A concept such as this isn’t readily accepted into the everyday conversation steered by rigid skepticism and scientific materialism. The traditions of today have sought to expel ancient metaphysical wisdom and its practical application from our lives, and though scientific inquiry is exceptionally valuable, spiritual perception has always been a part of our experience.

“And yet, despite the cynical skepticism, all of the ancient mystery schools, true shamanic insights, and esoteric teachings (much of which have been suppressed and/or distorted over thousands of years for obvious reasons) have conveyed this truth for ‘the ones with eyes to see and ears to hear’, using their own language and symbolism, be it “The General Law” (Esoteric Christianity), Archons (Gnostics), “Lords of Destiny” (Hermeticism), Predator/Fliers – “The topic of all topics” (Shamanism, Castaneda), “The Evil Magician” (Gurdjieff), The Shaitans (Sufism), The Jinn (Arabian mythology), Wetiko (Native American Spirituality), Occult Hostile Forces (Sri Aurobindo & The Mother, The Integral Yoga), etc.” ~Bernhard Guenther

Dealings with extra-sensory or hyper-dimensional beings have long been a part of our history, and are directly accessible to any of us when proper practice and attention is given to the matter. I know this to be true from my experiences with plant medicine shamanism where it is entirely possible to enter into states of consciousness where entire cosmologies of life exist and are available to interact with.
Finding oneself in the rut of spiraling negative self-talk, depression, crippling anxiety, or uncontrollable, irrational fear, is a sign, as Steiner points out, of a disconnection from our true spiritual nature, exacerbated by beings who operate in the spiritual realms. This is why some consider disorders like this to be spiritual illnesses, and until the rift is healed with proper attention given to the development of spirit, the feelings tend to exacerbate and drive one further into distress.

“When humans have no anxiety and fear, then these creatures starve.” ~Rudolph Steiner

About the Author
Dylan Charles is the editor of Waking Times and co-host of Redesigning Reality, both dedicated to ideas of personal transformation, societal awakening, and planetary renewal. His personal journey is deeply inspired by shamanic plant medicines and the arts of Kung Fu, Qi Gong and Yoga. After seven years of living in Costa Rica, he now lives in the Blue Ridge Mountains, where he practices Brazilian Jiu Jitsu and enjoys spending time with family. He has written hundreds of articles, reaching and inspiring millions of people around the world.
This article (Rudolf Steiner Describes the Hostile Spiritual Beings Who Feed Off Your Fear and Anxiety) was originally created and published by Waking Times and is published here under a Creative Commons license with attribution to DylanCharles and WakingTimes.com. It may be re-posted freely with proper attribution, author bio, and this copyright statement.

Posts : 3722
Join date : 2017-02-15
I studied at Steiner college in sac. I studied many of Stieners avenues. He was a nutritionist first, I went to Steiner to study Biodynamic farming and then studied many things. Because of bad diet, life less food you basically cannot change your consciousness. Why do people only pick out their interests and not show they full engagement of the information??? I would like to add that if you are taking pharm drugs most likely you are already taken over by dark spirits, especially the ones that block the neurotransmitters, blocking the mind and body connections. There is a movie based on fact about such a thing called the last exorcism of Emily Rose, and it ia a court case about the fact Emily Rose was given these kinds of drugs and it was impossible to get rid of the demons in her because of it and not only that but more moved in. Nutrition and your body is the most important way to keep yourself in a state of clarity first and the brain operating on high! One of my fav books by Steiner I will post here as well. Why do we go for the low end first? Not the high? Steiner believed that, well here is a quote:
So long as one feeds on the food from unhealthy soil, the spirit will lack the stamina to free itself from the prison of the body. RUDOLF STEINER
https://www.amazon.com/How-Know-Higher-Worlds-Anthroposophy/dp/0880103728