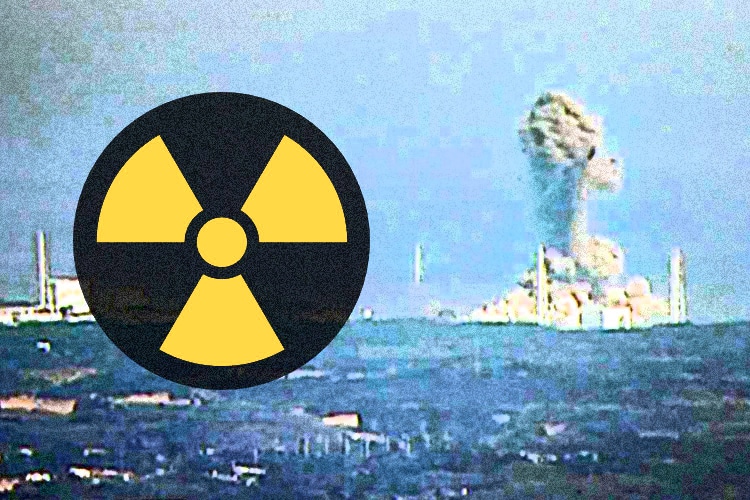 Some seven years after the disaster at Fukushima, there is a new crisis at Fukushima, and TEPCO, the energy company responsible for the failed nuclear plant, has issued a statement warning of lethal levels of radiation now detected at the plant.

TEPCO reportedly made this discovery last month in a reactor containment vessel, signaling that attempts to locate and remove spent fuel rods has failed. The situation is apparently more dangerous than ever, as noted by the Independent:

“The energy firm found eight sieverts per hour of radiation, while  42 units were also detected outside its foundations.

A sievert is defined as the probability of cancer induction and genetic damage from exposure to a dose of radiation, by the International Commission on Radiological Protection (ICRP). One sievert is thought to carry with it a 5.5 per cent chance of eventually developing cancer.” [Source]

As we reported last year, it appears that the 40-year plan to contain Fukushima is already failing, and this latest news from Japan further chips away at the possibility of a favorable outcome.

“The real work of dealing with highly volatile spent fuel is still close to impossible, and that many of the 40 year plans efforts have already failed, such as the underground ice wall which was supposed to prevent radioactive materials from leeching into surrounding soil and water.” ~Alex Pietrowski

The first impact on our health from a failure to contain this disaster will be a sharp rise in the increase of cancer for those nearest to Fukushima, including Tokyo, and for those down river of the flow of contaminated water being pumped into the Pacific. This means the northwestern coastal regions of North America.

READ: FUKUSHIMA – THE UNTOUCHABLE ECO-APOCALYPSE NO ONE IS TALKING ABOUT

Evidence of this is already being seen, and in 2016, ScienceMag reported on a sharp rise of ‘mystery cancers’ cropping up in children since the 2011 catastrophe. Attributing these cases to fallout from Fukushima is a contentious issue, highly debated among experts and related scientists.
For those who have developed thyroid cancer, however, speaking out is troublesome. In 2016, a young woman from Japan who developed thyroid cancer spoke out about the challenges those with concerns of pubic safety after the disaster face. In an article at CBS News, she describes how many are being silenced. CBS reports:

“When the group held a news conference in Tokyo in March, it connected by live video feed with two fathers with children with thyroid cancer, but their faces were not shown, to disguise their identities. They criticized the treatment their children received and said they’re not certain the government is right in saying the cancer and the nuclear meltdowns are unrelated.” [Source]

Regarding the recent news about elevated and lethal levels of radiation being detected at present, the Independent spoke with Richard Black, director of the Energy and Climate Intelligence Unit. Black is very concerned about the situation, saying:

“Finding high readings in the reactor is normal, it’s where the molten fuel is, it would be bizarre if it wasn’t.

This is an area of the planet that gets hit by tornadoes and all kinds of heavy weather patterns, which is a problem. When you have waste stored above ground in inappropriate ways, it can get washed out and you can get contamination all over the place.

This can get problematic anytime, if it contaminates the ocean there is no local contamination, the ocean is global, so anything that goes into the ocean goes to everyone.

It needs to be clear that this problem is not gone, this is not just a local problem. It’s a very major thing.” [Source]

About the Author
Alex Pietrowski is an artist and writer concerned with preserving good health and the basic freedom to enjoy a healthy lifestyle. He is a staff writer for WakingTimes.com. Alex is an avid student of Yoga and life.
This article (Seven Years Later Fukushima Radiation Levels Spiking to Lethal Levels) was originally created and published by Waking Times and is published here under a Creative Commons license with attribution to Alex Pietrowski and WakingTimes.com.