Two mysterious booms rattled 61 residents in Na Danu district, Thailand at 12.10 pm on February 8. The mystery deflagrations were so powerful, they produced cracks in the walls, windows and doors of buildings, terrifying people working inside. All reports state the crack appeared just when the noise occurred. 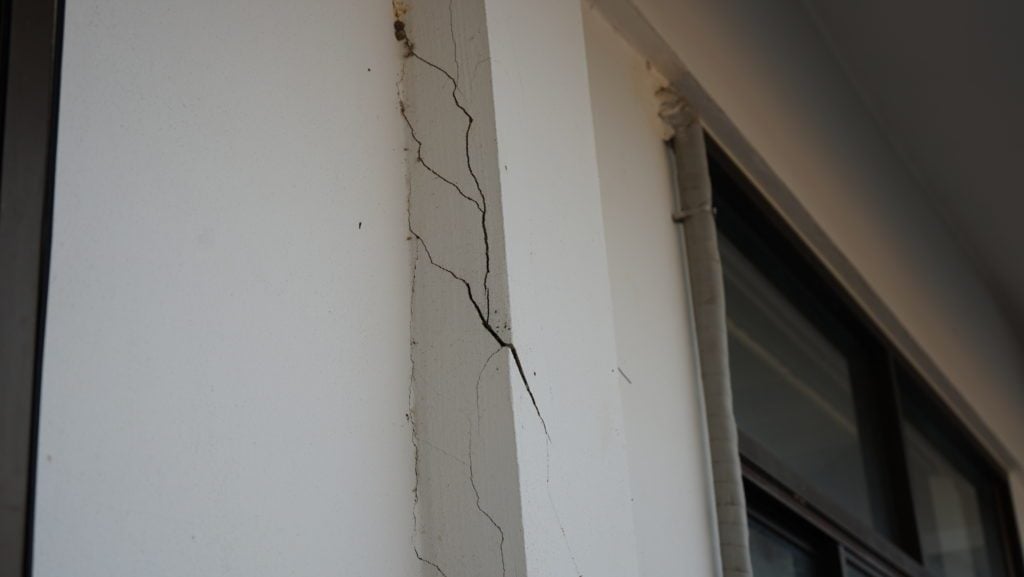 Double mysterious booms crack walls of official buildings in Thailand. via Matichon
A resident explains that he and his collegues were going out for lunch when the two unexplained explosions rattled the whole building. Both booms were clearly heard and felt by the whole crew, that ‘run for their lives’ outside of the building. The source of the two powerful explosions remain a mystery until now. via Matichon
Baffled officials are now looking for the cause of the boom. But nothing has been found: no traces of bombs, no traces of explosion… Just these two loud and mysterious bangs… What do you think it was?

So of course they say it was freezing underground water that caused it…uh uh.
via KFOR news:
Some people in the S.E. metro reported a large “boom” along with a shock wave Monday evening.
“Well, inside the house it sounded like maybe an M80 going off or dynamite. It was loud,” said John Smith. “Vibrations. Big boom. First the big boom and then vibrations.”
His neighbor, Donna Hood, was also shaken up.
“We thought we’d had an earthquake and we waited and looked on the news and everywhere else and nobody posted anything. So, we had no idea what it was,” said Hood.
Data didn’t show any earthquakes in the area and authorities say there were no explosions either.
The signs point to the weather.
“It turns out, this is a really neat deal. It has to do with water underground,” said Meteorologist John Slater with the 4Warn Storm Team. “With these cold fronts coming through, the water just freezes rapidly. And as it turns out, when it freezes, it expands.”
Slater says the rapid expansion can result in underground explosions that mimic earthquakes.
“Absolutely. You know, with all these earthquakes that we’ve been having lately, all the sudden we get a boom and you’re thinking earthquake automatically,” said Slater.
People reported the event not only in Midwest City, but Oklahoma City and Del City as well.
You can watch KFOR’s coverage of the event here.
Ian Smith
KFOR


Could these sound be coming from the Earth itself, from space, or could it be something created either by man or ETs?
via Revs Life:

Strange grinding and moaning sounds can be heard