Today at 3:27 pm by Consciousness Of Economic

Today at 3:26 pm by Consciousness Of Economic

» Without effort it is impossible to attain a true knowledge

Today at 3:24 pm by Consciousness Of Economic

Today at 3:21 pm by Consciousness Of Economic

» Breath of Life: The Most Powerful Meditation of Inner Godly Essence Tetragramaton.(Hidden Forces) .

Today at 3:18 pm by Consciousness Of Economic

» THE PCR DECEPTION - BY DERRICK BROZE

Today at 3:17 pm by Consciousness Of Economic

Today at 3:15 pm by Consciousness Of Economic

Today at 3:13 pm by Consciousness Of Economic

» 'We come from the stars': Indigenous astronomy, astronauts, and star stories

Today at 3:08 pm by Consciousness Of Economic

» I will take frequency medicine any day OVER a vaccine, Common Cold (Cymatics)

Today at 3:06 pm by Consciousness Of Economic

Today at 3:03 pm by Consciousness Of Economic

According to a New Theory, People With RH-Negative Blood Don’t Come From Earth 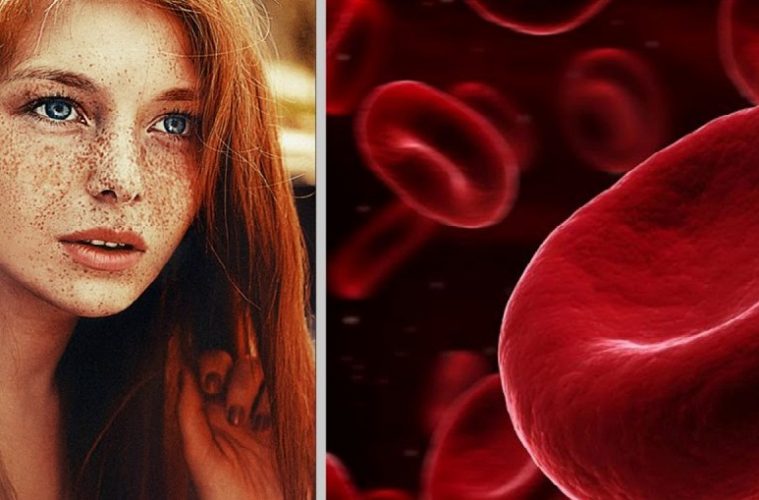 So, being that I myself, is someone who has RH negative blood, whenever I see something posted about how people with this blood type are alien, from another planet or are part of a special blood type I have been intrigued to learn more. I mean, I already know that I’m special, but is there some actual evidence to prove this? If so, I’ll take it.
You may have heard of the theories that those with Rh-negative blood actually have a kind of alien DNA. These theories exist because it is very difficult to explain why around 15% of the population have this type of blood. One factor worth considering is that monkeys – even though we apparently came from the same ancestor – do not have Rh-negative blood. All monkeys are Rh-positive, which I guess means that monkeys are not aliens, and potentially that we aren’t related to them after all? If we were, wouldn’t they carry the same blood type as us? The highest grouping of people who have Rh-negative blood live in the Basque area of Spain and around 30% of this population is Rh- negative.

Interestingly, if a woman who is Rh-negative is pregnant with a baby who is Rh-positive, her body may recognize this child as a foreign being and develop antibodies to attack it because Rh-positive and negative blood do not mix. Luckily with the assistance of modern medicine, there is a treatment that the mothers can have to prevent this from happening.
Those with Rh-negative blood also potentially have an ability to withstand or resist certain diseases, one in particular is a parasite called Toxoplasma. This can invade the body and damage the brain, especially in babies.

So, Where Did The Alien Idea Come From?

The most likely reason for this idea comes from the fact that it’s such a small percentage of the population and that the Rh-negative blood typed woman would terminate the pregnancy of an Rh-positive baby. Perhaps this human is not meant to procreate with the other type of human? Who really knows, but there are all sorts of fun theories floating around the internet, but as with many other things of this nature there is no real way to prove these theories.
A theory presented on Ancient-Origins suggests that the Rh-negative gene represents a completely separate branch of humanity that interbred with the “original” branch that came out of Africa, this theory also suggests that those with the Rh-Negative blood are descendants of the Hyperborean race, which is believed to be the real, original human race. Those who believe this idea also believe that this race was blonde-haired and blue-eyed – yes, this is similar to the belief of Hitler who believed that the Arian race, also blonde-haired and blue-eyed, was the superior and supreme human race. Some followers of this theory also believe that this race includes most spiritual teachers, including the fairly well known, Mr. Jesus Christ.
Some other theories floating around there suggest that this trait originates from extraterrestrials either interbreeding with humans or creating humans through genetic engineering of multiple species. Yes these theories are pretty far out, but there is so much missing information when it comes to the true origins of our species in the first place, so why not entertain the idea of what is possible? For all we know, we might all come from another planet. The truth is, we don’t know for an absolute fact of almost anything, so we might as well keep an open mind. You know the moment you think you have it all figured out is the exact moment you should take a step back and realize that you in fact know nothing at all. That is one of my favourite sayings!
So, what do you think? Have you heard any far out theories of the answer to the Rh-negative mystery? Let us know!

Posts : 641
Join date : 2018-03-22
Age : 77
Location : Located in Western Canada...... "Karma is the universal judicial system that NOBODY is Immune from"
I always knew that I wasn't from this world.
As an A negative with above average intuition I was always considered weird. However, when I saw a real UFO in the early 70's, I figured that they came to take me home....