Posts : 398
Join date : 2017-04-21
I feel it is important to put this out there to as many people/forums as possible. Although it doesn't fit with most of the good information here.
I'm starting to think the love of my life transitioned from Her physical life as a result of Lymes.
Symptoms of dementia, loss of voice and many other symptoms might actually be Lymes.
Kris Kristofferson's lymes was misdiagnosed as alzheimers. Marisol Thomas (wife of the singer Rob Thomas) had multiple incorrect diagnosis, as did my partner, until a brain operation discovered lymes.
Please, please, please if a  loved one shows signs of dementia but something does not seem right , please check for lymes.

Posts : 1826
Join date : 2012-02-15
Age : 66
Location : Ct
Good suggestions my friend....I played golf (15 years) with one of the creators of this disease. He worked on Plum Island for German madman E TRAUB...This man told me on his retirement that he helped with the creation of it, for monetary gains, both for himself and big Pharma...He was somewhat distraught when he talked about it, said he was going to take his wealth and make restitution to humanity.  He told me he was moving to Manhattan KS... which I thought was weird....now I know why.....15 years I played golf with this guy, now I know he was a monster.....


" In the mid-1970’s Lyme Disease broke out in Connecticut and it has since spread through much of the United States. Lyme Disease was spread as a result of clandestine experimentation on biological warfare on Plum Island—a Department of Agriculture facility that doubled as an Army BW research facility. Dedicated to the study of animal diseases, Plum Island was a site of experiments with disease-infected ticks conducted by Nazi scientists brought into the United States under Project Paperclip. One of the Nazi scientists who was involved with Plum Island was Dr. Erich Traub, who was in charge of the Third Reich’s virological and bacteriological warfare program in World War II."

Posts : 398
Join date : 2017-04-21
Thanks TopSpin:
What a wonderful country we live in. They should change this poem:  "Give me your tired, your poor, Your huddled masses yearning to breathe free, The wretched refuse of your teeming shore." to Give us your rapists, your mass murderers, pedophiles, the truly wretched refuse and our government will hire them, they can even run for office.
What this country has devolved to sickens me.

According to the U.S. Centers for Disease Control and Prevention (CDC), ‘over 300,000 people are stricken with Lyme disease every year in the United States.’ Yet, the CDC itself admits that Lyme disease is vastly ‘under-reported.’ We, at NaturalHealth365, just wish the mainstream media and government health agencies would focus its attention more on natural remedies, like the use of stevia over gloomy statistics and toxic drugs.

With early symptoms of headache, fever, skin rash and fatigue, Lyme disease can spread throughout the body and affect the brain, nervous system, heart and joints – with serious, even debilitating, consequences. But, recent research shows that the natural sweetener stevia may be more effective than commonly-used antibiotics – when it comes to combatting the pathogen behind Lyme disease. 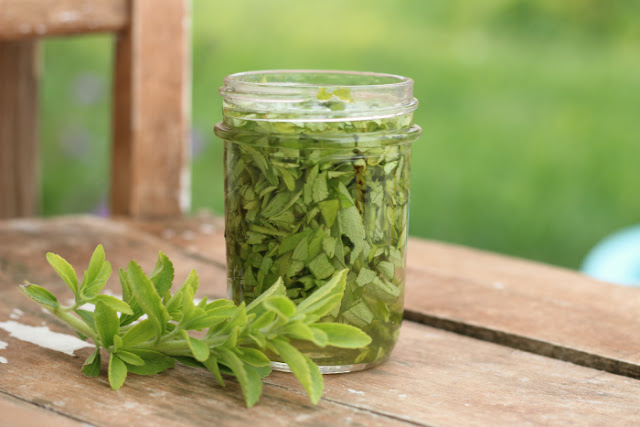 Lyme disease is carried by Ixodes ticks, which typically can infest mice and other rodents, as well as deer and birds. Unfortunately, these ticks aren’t averse to feeding on humans as well – with the bite of a single infected tick sufficient to transmit the infection.

Western medicine’s gold standard of treatment is a course of doxycycline for 2 to 4 weeks – a therapy recommended by the Infectious Disease Society of America. However, antibiotics may not completely eliminate the disease, and a relapse can occur when the drugs are discontinued.

In addition, up to 20 percent of Lyme patients can experience over six months of subsequent fatigue and joint pain, a condition known as “post-treatment Lyme disease syndrome” or “chronic Lyme disease.” Researchers believe that this may be due to the inability of the immune system to completely clear away “persisters” – pathogens that resist dying when exposed to antibiotics.

In reality, treating Lyme disease is truly a complicated matter due to the remarkably elusive abilities of Borrelia burgdorferi – the bacterial pathogen that causes health issues. In addition, researchers report that B. burgdorferi has “shape-shifting” abilities, and is capable of morphing into different forms, including spirochetes, spheroblasts and biofilms – as well as going into a form of suspended animation when conditions are unfavorable.

In a preclinical study conducted by researchers at the University of New Haven (UNH) and published in the European Journal of Microbiology and Immunology, the team compared the disease-fighting effects of stevia leaf extract to those of doxycycline, cefoperazone, daptomycin, and combinations of the three.

They found that stevia’s efficacy was comparable to the antibiotics – and in some ways, it surpassed them. When it came to disrupting biofilms – communities of the pathogen that feature a high percentage of “persisters” – the team rated stevia extract as “very effective,” noting it reduced attached Borrelia biofilm mass by a stunning 40 percent. (This was in contrast to the antibiotics, which actually caused the biofilms to increase in size!)

The team – which was led by Dr. Eva Sapi, Ph.D., a professor in the Department of Biology and Environmental Science at UNH – concluded stevia could be “considered an effective agent against B. burgdorferi,” and called for further study.

What makes stevia so potent against the Lyme disease pathogen?

Stevia owes much of its antibacterial powers to its pair of glycosides, steviol and stevioside. In fact, recent studies show that stevioside is antimicrobial against the food-borne pathogenic bacteria K. pneumoniae and P. aeruginosa. In other studies, stevia leaf extract was found to work against the pathogens that cause cholera and dysentery.

Stevia leaf also contains antioxidant flavonoids, such as quercetin and austroinulin, as well as the beneficial plant pigment beta-carotene. When it comes to its ability to break up biofilms, researchers believe this is due to stevia’s ability to act as a sugar derivative – which primes the uptake of phytochemicals responsible for its antibiotic effect.

With conventional antibiotics, the nutrition transport tubes in biofilms shut down, refusing entry. But with stevia, the transport tubes stay open, allowing the antibiotic components of the stevia to penetrate.

How can I use stevia against Lyme disease?

Although the studies on stevia are encouraging, using powdered stevia as a natural sweetener does not afford the same pathogen-fighting effects as found in the studies, which used an alcohol extract of the whole leaf.

For support against Lyme disease, some natural health experts recommend a liquid extract, such as the Nutramedix formulation used in the study. A typical dosage would consist of one drop twice a day, increasing a drop a day until you are using 5 drops twice daily.

Keep in mind: most natural health experts agree that Lyme disease requires the use of a multi-system, integrated treatment program – which includes immune modulators, hormonal therapies, anti-Lyme supplements and (sometimes) antibiotics for a short period of time.

So, if you have been diagnosed with Lyme disease, consult with an integrative physician who feels qualified to advise you on (safe) treatment options and, if you like, learn more at the Immune Defense Summit, hosted by Jonathan Landsman.

Posts : 398
Join date : 2017-04-21
Thank you all for reply's and the opportunity for me to post here. But I need to reiterate this:
PLEASE CONSIDER AND RESEARCH LYMES IF ANY OF YOUR LOVED ONES SUFFERS ANYTHING WITH DIAGNOSIS THAT YOU QUESTION!

Posts : 1826
Join date : 2012-02-15
Age : 66
Location : Ct
William, one of the hardest things to accept is that this planet is ruled by the dark. They control almost everything which I know is hard to believe. When we open our eyes we see bills, grass that needs to be cut, sick neighbors, tainted food, lying houses of worship, higher taxes etc etc....This is a slave planet built by and for the elite. Sorry but no changes for the better are coming...Its too far gone...With that said, there are parallel universes that are accessible, universes of peace and goodness...This planet is not the tell all of our existence. Reverence for life and service to others are two key ingredients for access. Ego as the slave and not a master, greed which is not a part of our life are also important. There is an energy that exists that is available to us all...Once you stop the world from spinning, it becomes clear...

Posts : 398
Join date : 2017-04-21
Thanks TopSpin. I agree with everything you said.
I'm deeply depressed over the loss of my fiance but have seen incredible things through communications with Her and others who have transitioned to higher frequencies or as you say parallel universes.
I see the beauty of life. The "smallest bird" vid that Purps posted is a thing of beauty.

Admin
Posts : 106882
Join date : 2012-01-04
Location : Woodstock Nation
Oh my!! I am not sure many here would be ready for hearing about my life stories. I am assuming you mean this incarnation? LOL

William I am glad you liked the little bird video as much as I did. What a wonderful man to save that little creature. xox

» Does anyone know about Ondamed for Lymes Disease?
» It's DIRTY ELECTRIC! EMF causes cancer, cardiovascular disease, diabetes, and suicide and is the disease of our 21st century civilisation
» Morgellons Disease – A New Autoimmune Disease?
» Ascension Symptoms
» Ascension symptoms/Part 1,2&3