OUT OF MIND » POISON PLANET » VACCINE TRUTHS: MEDICAL INDUSTRY LIES » Another Vaccine Has Been Added To Australia’s National Immunization Program

Another Vaccine Has Been Added To Australia’s National Immunization Program

Another Vaccine Has Been Added To Australia’s National Immunization Program Sun Feb 11, 2018 5:13 pm 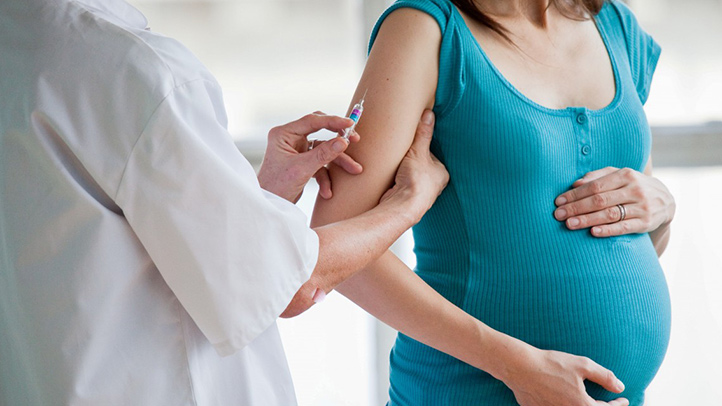 Once again we risk our natural acquired immunity as we introduce another vaccine to young babies.
advertisement - learn more
On February 2, the Australian government announced that the new meningococcal vaccine (Nimenrix) which covers A, C, W and Y strains (MenACWY)  will be added to the National Immunization Program ahead of the next peak meningococcal season. This addition of yet another vaccine to Australia’s increasingly busy vaccination schedule reinforces the Australian government’s non-negotiable commitment to the vaccination of all Australian children.

What is meningococcal disease?

Meningococcal disease is a very scary disease that can cause death within hours if not recognized and treated in time by antibiotic therapy. It is caused by a number of different strains of the bacterium Neisseria meningitidis most commonly by the serogroups A, B, C, W and Y.
There are two different forms of the disease: Meningitis which is inflammation of the membranes around the brain and spinal cord, and Septicaemia, a serious bloodstream infection. Although it is a serious disease, it is rare. The number of cases of meningococcal disease in Australia in 2016 were 252. Of those who suffer invasive meningococcal disease up to one in 10 die and among those who survive 20% will have permanent disabilities which include loss of limbs, sight and hearing problems and severe brain damage. The mainstream media is renown for treating the fearful public with stories of toddlers struck down with the ‘deadly disease’ told by understandably emotional parents anxious to raise awareness and who urge the government to act and put the meningococcal vaccine on the immunization schedule.
The parents of a Tasmanian toddler who recently contracted the deadly meningococcal W disease are sickened their son could have been immunized but they did not realize a vaccination existed.

How is meningococcal disease spread?

Who is at risk of this disease?

The highest incidence of meningococcal disease occurs in children less than 5 years and adolescents aged 15–19 years. Other risk factors include genetic factors, smoking, living in crowded conditions such as the military and prisons, a recent respiratory illness, alcohol use and underlying chronic medical conditions such as immune deficiency.
Symptoms include headache, rash, fever ,vomiting, stiff neck , extreme fatigue, convulsions and  irritability.

Meningococcal disease is an awful disease but does it warrant another vaccine added to the already aggressive vaccination program. By the time a child is five, s/he will have received a total of 44 vaccine doses. This rises to 49 vaccine doses when the recommended yearly influenza vaccines are included.
Most of us are not at risk for the majority of us have natural acquired immunity to this organism. According to Barbara Loe Fisher of the National Vaccination Information Center

At any given time, about 20 to 40 percent of Americans are asymptomatically colonizing meningococcal organisms in their nasal passages and throats, which throughout life boosts innate immunity to invasive meningococcal infection. Mothers, who have innate immunity, transfer maternal antibodies to their newborns to protect them in the first few months of life until babies can make their own antibodies. By the time American children enter adolescence, the vast majority have asymptomatically developed immunity that protects them.

Humans have been in contact with meningococcal bacteria for thousands of years. It is rare that they cause illness. But there is no discussion about the need for this new vaccine. Stories about the latest victim to the disease are distributed widely followed by empathetic voices who call for a new vaccine to prevent any future deaths.
The meningococcal vaccine should be available for anyone who wants to use it but it should not be compulsory. However whenever a vaccine is added to the schedule it becomes compulsory in order to access financial benefits, and admittance to childcare and pre-school, as is already the case for childhood vaccinations in Australia.
There must be other ways to find those who are more vulnerable to the disease such as those who smoke and others who are under nourished and attempts made to mitigate the risks that they face from the disease.
According to Barbara Loe Fisher from the National Vaccine Information Centre. Meningococcal vaccines have been found to be at best only about 58% effective within 2-5 years after the adolescent had got the shot.
So what this means is that boosters will be given if vaccine immunity is to be maintained. Or we could go back to naturally acquired immunity which lasts a lifetime.
As more vaccines are rapidly added to the vaccination schedule what is happening to natural immunity? In Vaccination Illusion: How vaccination compromises our natural immunity and what we can do to regain our health, Tetyana Obukhanych, Ph.D. discusses how

Vaccination does not lead to permanent immunity

She explains how before the practice of vaccination:

Today, mothers who are vaccinated are unable to pass valuable protective antibodies on to their babies. Take the case of the MMR vaccine which has been available since the 1960s. Prior to this time, babies had maternal protection from measles via their unvaccinated mothers. They were protected from such infectious diseases by the maternal influence until they were older and able to cope with a case of the wild measles which would give them life long immunity. This sadly is no longer the case and new young mothers who were vaccinated with the MMR and everything else on the schedule are unable to pass on natural immunity.
The situation is grave and benefits no-one but those who profit from the vaccine industry. Vaccination has only been around for over 200 years. It is time to admit the mistake that it is.
Related CE Article: The Top 6 Reasons Why Parents Should Never Be Forced To Vaccinate Their Children

OUT OF MIND » POISON PLANET » VACCINE TRUTHS: MEDICAL INDUSTRY LIES » Another Vaccine Has Been Added To Australia’s National Immunization Program