This may be the beginning of the Great Financial Reckoning

This may be the beginning of the Great Financial Reckoning
February 12, 2018 by 1EarthUnited 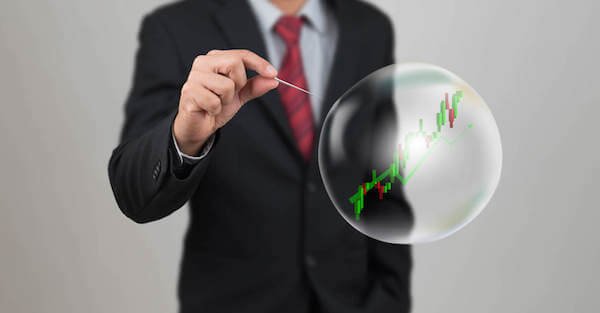 Simon Black      February 12, 2018     Sovereign Valley Farm, Chile
Less than two weeks ago, the United States Department of Treasury very quietly released its own internal projections for the federal government’s budget deficits over the next several years.
And the numbers are pretty gruesome.
In order to plug the gaps from its soaring deficits, the Treasury Department expects to borrow nearly $1 trillion this fiscal year.
Then nearly $1.1 trillion next fiscal year.
And up to $1.3 trillion the year after that.
This means that the national debt will exceed $25 trillion by September 30, 2020.
Remember, this isn’t some wild conspiracy theory. These are official government projections published by the United States Department of Treasury.
This story alone is monumental– not only does the US owe, by far, the greatest amount of debt ever accumulated by a single nation in human history, but $25 trillion is larger than the debts of every other nation in the world combined.
But there are other themes at work here that are even more important.
For example– how is it remotely possible that the federal government can burn through $1 trillion?
Everything is supposedly totally awesome in the United States. The economy is strong, unemployment is low, tax revenue is at record levels.
It’s not like they had to fight a major two front war, save the financial system from an epic crisis, or battle a severe economic depression.
It’s just been business as usual. Nothing really out of the ordinary.
And yet they’re still losing trillions of dollars.
This is pretty scary when you think about it. What’s going to happen to the US federal deficit when there actually IS a financial crisis or major recession?
And none of those possibilities are factored into their projections.
The largest problem of all, though, is that the federal government is going to have a much more difficult time borrowing the money.
For the past several years, the government has always been able to rely on the usual suspects to loan them money and buy up all the debt, namely– the Federal Reserve, the Chinese, and the Japanese.
Those three alone have loaned trillions of dollars to the US government since the end of the financial crisis.
The Federal Reserve in particular, through its “Quantitative Easing” programs, was on an all-out binge, buying up every long-dated Treasury Bond it could find, like some sort of junkie debt addict.
And both Chinese and Japanese holdings of US government debt now exceed $1 trillion each, more than double what they were before the 2008 crisis.
But now each of those three lenders is out of the game.
The Federal Reserve has formally ended its Quantitative Easing program. In other words, the Fed has said it will no longer conjure money out of thin air to buy US government debt.
The Chinese government said point blank last month that they were ‘rethinking’ their position on US government debt.
And the Japanese have their own problems at home to deal with; they need to scrap together every penny they can find to dump into their own economy.
Official data from the US Treasury Department illustrates this point– both China and Japan have slightly reduced their holdings of US government debt since last summer.
Bottom line, all three of the US government’s biggest lenders are no longer buyers of US debt.
There’s a pretty obvious conclusion here: interest rates have to rise.
It’s a simple issue of supply and demand. The supply of debt is rising. Demand is falling.
This means that the ‘price’ of debt will decrease, ergo interest rates will rise.
(Think about it like this– with so much supply and lower demand for its debt, the US government will have to pay higher interest rates in order to attract new lenders.)
Make no mistake: higher interest rates will have an enormous impact on just about EVERYTHING.
Many major asset prices tend to fall when interest rates rise.
Rising rates mean that it costs more money for companies to borrow, reducing their leverage and overall profitability. So stock prices typically fall.
It’s also important to note that, over the last several years when interest rates were basically ZERO, companies borrowed vast sums of money at almost no cost to buy back their own stock.
They were essentially using record low interest rates to artificially inflate their share prices.
Those days are rapidly coming to an end.
Property prices also tend to do poorly when interest rates rise.
Here’s a simplistic example: if you can afford the monthly mortgage payment to buy a $500,000 house when interest rates are 3%, that same monthly payment will only buy a $250,000 house when rates rise to 6%.
Rising rates mean that people won’t be able to borrow as much money to buy a home, and this typically causes property prices to fall.
Of course, higher interest rates also mean that the US government will take a major hit.
Remember that the federal government already has to borrow money just to pay interest on the money they’ve already borrowed.
So as interest rates go up, they’ll be paying even more each year in interest payments… which means they’ll have to borrow even more money to make those payments, which means they’ll be paying even more in interest payments, which means they’ll have to borrow even more, etc. etc.
It’s a pretty nasty cycle.
Finally, the broader US economy will likely take a hit with rising interest rates.
As we’ve discussed many times before, the US economy is based on consumption, not production, and it depends heavily on cheap money (i.e. lower interest rates), and cheap oil, in order to keep growing.
We’re already seeing the end of both of those, at least for now.
Both oil prices and interest rates have more than doubled from their lows, and it stands to reason that, at a minimum, interest rates will keep climbing.
So this may very well be the start of the great financial reckoning.