OUT OF MIND » PERCEPTUAL AWARENESS » THE SHIFT IN CONSCIOUSNESS »  Music: The Language of Spirit

Music: The Language of Spirit

Music: The Language of Spirit 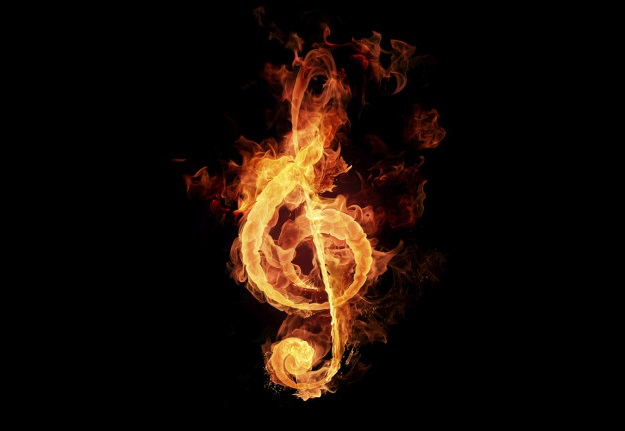 (Wes Annac) Have you ever picked up a guitar or put in your favorite CD and let the music carry you away to a place of bliss and ecstasy? Most people might not understand where this euphoric feeling comes from, but in my opinion, it comes from an innately spiritual place. Music elevates our consciousness and introduces us to a spiritual reality that’s comprised of pure sound and color, and this is why it appeals to so many people. There’s obviously something mystical about music.

Related If Music Gives You Goosebumps, Here’s What It May Say About Your Brain

“If we can feel that it is not our voice, not our fingers, but some reality deep inside our heart which is expressing itself, then we will know that it is the soul’s music.” – Sri Chinmoy

Music is a universal, metaphysical language that we can tap into and use to lighten our vibration, and uplift anyone who hears our joyful, melodic sounds. Plenty of people feel there’s more to music than meets the eye (ear), and we’ll get the most out of it if we can open up and consider that it could actually be spiritual.


It’s quickly becoming a way of life for me, and I can’t go too long without picking up the guitar and singing something. Plenty of other people can say the same, and there’s a reason so many people have dedicated themselves to music throughout the ages. They’ve been uplifted by it, and they’ve realized (if not consciously, then subconsciously) that it’s one of the most direct paths back into a higher vibration.

Here, we’ll look at what Sri Chinmoy has observed about music’s potential to help us raise our vibration and spiritually evolve.

Sri Chinmoy on Music and Spirituality

As I’ve written about Sri Chinmoy before, he’s a spiritual teacher who never encouraged us to all-out abandon physical reality, but rather, to use the consciousness-expanding tools embedded into it to raise our awareness and transcend our limitations. He was a huge advocate for transcending limitation and achieving miraculous feats, and he wrote a lot of music and poetry when we was alive. He was also an advocate for exercise as a means to spiritually evolve, and he encouraged the masses to transcend their limited perception of themselves and achieve things they never thought they could before.

Here, we’ll hear his opinion of music and spirituality.

First, Sri Chinmoy tells us that music is “the inner or universal language of God.

“I do not know French or German or Italian. But if music is played, immediately the heart of the music enters into my heart, or my heart enters into the music. At that time, we do not need outer communication; the inner communion of the heart is enough.

“My heart is communing with the heart of the music and in our communion we become inseparably one.” (1)

When it comes to elevating our spiritual awareness, music is second only to meditation.

“In the spiritual world, next to meditation is music, the breath of music. Meditation is silence, energising and fulfilling. Silence is the eloquent expression of the inexpressible. Aldous Huxley says: ‘After silence, that which comes nearest to expressing the inexpressible is music.’” (2)

Music is the closest thing we have to a higher vibration beyond meditation, and this is why sticking with it can provide so many soul-level benefits. It also seems like a better way to reach the masses than meditation, and while group meditations are popular, they probably aren’t as popular as concerts.

Almost anyone loves a good concert, and I’d imagine most spiritually and socially aware people love to attend the performances of people who use their music to shed light on issues that are worthy of attention and discussion.

Not only can we raise our own social and spiritual awareness with music – we can raise others’ awareness too. We can get people thinking about issues that have to do with our society or our spiritual evolution (or both), while we subsequently enter into a musically meditative state.

Sri Chinmoy describes how the silence we explore in meditation is relevant to music.

‘Divine music’, he tells us, originates in the silence of the sacred Self.

“Silence is the nest and music is the bird. The bird leaves the nest early in the morning and returns to the nest in the evening. Similarly, in the spiritual world, divine music comes from the inmost soul of silence.” (4)

It’s safe to say that this is where all music originates, and even the unoriginal mainstream music that’s pushed onto us today likely has roots in the silence. It promotes vanity, materiality and hollow concepts that usually have to do with love or romance, and it probably won’t raise our spiritual awareness in the slightest, but everything, including it, comes from that sacred, silent space.

Darkness strives to manifest itself on earth, Sri Chinmoy tells us, and light does the same. Most of us know how darkness manifests itself (anger, hate, greed, envy, lust, etc.), but music is one of many ways the light manifests.

Music, he tells us, “means Self-expansion and oneness.

“The Self expands through music. The Self that expands is not the individual self but the unlimited Self. Music is the expansion of unlimited Reality.” (6)

Our finite self might take something valuable from our music, but for the most part, the ‘unlimited’ Self is the one who benefits when we play our hearts out. Music allows us to connect with that unlimited aspect of our consciousness, and again, meditation is the only thing that helps us forge that connection in a more direct way.

We can’t deny that meditation is one of the most direct routes back to Source, but music deserves a lot of credit.

I think our spiritual evolution is based primarily on meditation, creativity and activism, and I think more people will eventually realize music’s potential to help us connect with spirit. When they do, I’m sure they’ll embrace it as much as meditation and material transcendence. Humanity’s awakening isn’t far off, and when more people become aware, they’ll probably turn to things like music to help them feel the spirit in ways that nothing else (besides meditation) can.

Music will greatly enhance our ‘spiritual life’ if we keep in mind that it isn’t separate from our spirituality. The two are one and the same, and remembering this is important if we want to get the most out of music.

“We can use music to help us in our spiritual life provided we know that music and the spiritual life are like twin brothers; we cannot separate them.

“How can we separate two fingers, two eyes? They sit side by side. If one eye is not functioning well, then we feel that our vision is imperfect. Similarly, music and the spiritual life must go together; one complements the other.” (7)

Music compliments spirit, and in turn, spirit compliments (and enhances) music. We can’t separate the two if we want to raise our vibration with music.

“Music helps the spiritual seeker to go deep within to get the utmost satisfaction from life, from truth, from reality. The spiritual life, in turn, helps music to offer its capacity and its strength, which is the soul’s light, to the world at large.” (8)

The world could use more conscious, spiritually inspired music, but admittedly, there are already a lot of conscious musicians on the forefront of the cultural awakening.

They’re doing what they can to raise awareness and help people see that a vibrant spiritual reality exists beyond our conscious perception, and they certainly deserve some credit for their endless efforts.


More and more people are realizing that music does more than satisfy the physical senses. It satisfies the spirit and reintroduces us to the bliss of our inner self, and it uses the awesome power of sound to do it.

Next to color (and, of course, pure silence), music is the greatest creative element we’ve been given. I think sound and color are primarily responsible for creating our reality, and when we eventually evolve into a higher vibration, I think we’ll be inundated with lighter frequencies of sound and color.

Music will be encouraged, and it might become our lifeblood. It’s already the lifeblood of a lot of people, conscious or otherwise, and it’ll continue to be as they ascend the dimensions and discover increasingly pure, musical states of consciousness that are comprised of sound-filled bliss and ecstasy.

Expect more articles about music’s spiritual potential in the coming weeks, because in my eyes, this subject is more relevant to our evolution than anything else I’ve touched on recently.

I’ll repeat that there’s a lot more to music than we know at the surface, and I’m sure will realize this (and a lot of other things) as our awareness continues to grow.

Wes Annac: I’m a twenty-one year old writer, blogger, musician and channel for the creative expression of the inner universe, and I created The Culture of Awareness daily news site.

The Culture of Awareness features daily spiritual and alternative news, articles I’ve written, and more. Its purpose is to awaken and uplift by providing material about the fall of the planetary elite and a new paradigm of unity and spirituality.

I’ve contributed to a few different spiritual websites including The Master Shift, Waking Times, Golden Age of Gaia, Wake Up World and Expanded Consciousness. I can also be found on Facebook (Wes Annac and The Culture of Awareness) and Twitter, and I write a paid weekly newsletter that you can subscribe to for $11.11 a month here.

Thanks to Wes at: The Culture of Awareness
and: http://www.stillnessinthestorm.com

OUT OF MIND » PERCEPTUAL AWARENESS » THE SHIFT IN CONSCIOUSNESS »  Music: The Language of Spirit