OUT OF MIND » TRUTH IN CONSPIRACY THEORIES? » HISTORIES MYSTERIES » What the Runes Mean

What the Runes Mean 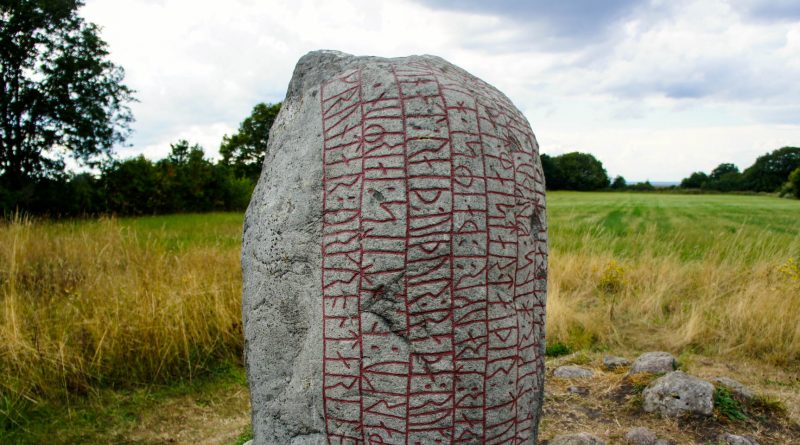 What the Runes Mean

The Elder Futhark is the basis for all the runes. It came first, and all other systems are derived from it. Later systems modified some of the meaning, but the basic interpretations were not changed until the emergence of individualistic ideas in the twentieth century. Knowing the traditional rune meanings enables us to use the runes for meditation, magic, and divination.
The runes’ meanings cover every aspect of the traditional culture of Northern Europe. They speak of an age of agriculture, manual and craft work, sailing, animal power, and hand-to-hand combat, containing no reference to contemporary technology. But because they reveal principles rather than descriptions of physical objects, they are useful now as they ever were. The principles present in the meanings of the runes still apply in the modern world.
The rune systems derived from the Elder Futhark have their own “personalities,” which retain something of the place and time where and when they came into being. None is any better than any other, but one may be more appropriate under different circumstances. The choice is yours.
Most rune users today work with the oldest and most widespread runic futhark, a rune-row with 24 characters. It has been studied more than any other version of the runes. This is the rune-row known either as the Common Germanic Futhark or the Elder Futhark. Like the letters of other alphabets, each of the runes has its own name that represents a sound. That is the basis of rune writing. But, since each runestave, or character, has a meaning, anything written in runes is also a combination of those meanings.
As with all alphabets, there is a definite order of letters in the Elder Futhark. In their correct order, the runes are a step-by-step development of meaning, a coherent whole made of 24 pieces. There is only one exception to the basic order. It is with the final two runes, Othala and Dagaz. In most versions of the Elder Futhark, Dagaz comes before Othala, which terminates the row. Occasionally, however, these two change places making the last letters spell “OD.”
Some see this as homage to the god Woden/Wotan (Odin) who discovered the runes. This order also fits in better with the cycle of the day and year because it begins again where it ends, with Dagaz, which signifies “day” or “dawn.”
The main mystery of the runes lies in the rune names. They refer to various features of traditional culture. They include man and his property, as well as human artifacts and activities, such as the burning torch and harvest time. They tell of animals, such as the elk, cattle, and horses. Certain trees are there, including the yew and birch. Some of the runes are named after phenomena of the natural world, such as the sun, hail, and flowing water. The concepts of joy, need, defense, giving, and traveling are represented. Destruction is linked to the giants, as represented by the Thurisaz rune, while the power of creativity is conferred by other runes. The runes’ names are only outward expressions, However. An animal or object also represents an inner quality. Each rune stands for the concept that its name represents. For example, cattle are literally a type of animal, but they also symbolize general wealth and strength.
Every system that attempts to describe the whole world has its own emphasis that reflects, at least in part, the time and place that it originated. The Elder Futhark is no different, for its rune-meaning have their own peculiarities. Because these meanings were set down in a male-dominated period, the female principle is underrepresented. Although the runes include two gods – and the idea of a “god” in general – there is no goddess directly named for a rune. There is no “woman”-rune at all, as there is for “man.” There are no house-runes, weaving-runes, sweeping-runes, or other runes that refer to traditional women’s work. The only reference to sexuality is male-oriented, while childbirth is implied by the birch-rune, which is associated with regeneration.
The Elder Futhark rune meanings focus on an outdoor life of agriculture, pastoralism, and raiding, rather than the more contained existence of the village or town. There are runes for “house,” there are none for wall, bridge, temple, city, or castle.
Reflecting a simple, self reliant society, there are no runes meaning “king,” “queen,” “priest,” or “priestess.” The Elder Futhark runes have a strong warrior influence. Though there is a rune that can mean the sword, there are no runes for the reaping-hook, ax, drill, saw, hammer, or plow. Weapon-and-war-magic were some of the main concerns of rune-masters in the first millennium after the runes appeared. Much of the documentation on runes from the Migration period (c.200-700 C.E.) to the Viking era (c.700-900 C.E.) tells of conflict and combat. Against such a background, in which a warlike way of life was celebrated, the runes understandably came to present a one-sided view of the world.
Since the 1970s, a new age of rune use has dawned. Taking the original Elder Futhark as a starting-point, rune-workers in Europe and the United States have made significant steps towards overcoming this imbalance. Like all symbolic alphabets in use today, the runes have risen above their historical limitations.

From the book The Complete Illustrated Guide To The Runes, via Ron McVan

OUT OF MIND » TRUTH IN CONSPIRACY THEORIES? » HISTORIES MYSTERIES » What the Runes Mean