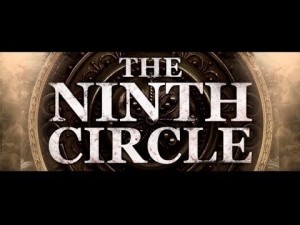 A woman says she witnessed a child sacrifice in the catacombs of the Vatican. An international court examines documents backing her claim that it was and still is a regular occurrence. It’s all part of a Satanic cult where children are drugged, stripped naked, raped, hunted down and killed by European royals and church officials including the Pope. David Zublick unseals the horrible truth about the Ninth Circle in this special report!

According to two affidavits filed in court, not only did different witnesses see Ninth Circle Satanic Cult members commit murder, but claimed the brutal killings of innocent children continued today, some in sub-basement vaults.

The international court was set to consider:

· Testimonies of two former Mohawk School inmates who both say they were present at the Ninth Circle Satanic Cult murder of a 5-6 year-old girl at the Mohawk Indian School in Branton Ontario Canada.


· A copy of the ‘Magisterial Privilege’ that was filed within sealed archives of the Vatican library. The Ninth Circle Satanic Cult operated according to this canon law statute dated Dec. 25 1967. It was said to document that before each new pope assumed office it was mandatory that they participated in Ninth Circle Satanic Cult rites. The document referred to ceremonial murder of newborn children and consumption of their blood.

· Testimonies of two witnesses who claimed they saw former Pope Joseph Ratzinger, Dutch Cardinal Alfrink and Prince Bernhard take part in a Ninth Circle Satanic Cult murders in Holland and France, one of a little girl in the fall of 1987.

· One of those witnesses was Dutch therapist Toos Nijenhuis who in this video interview with Kevin Annett, discussed seeing Ninth Circle Satanic Cult murders as late as 2010. At least one of those murders involved former Pope Ratzinger.

· Testimony of Anglican church researcher Leona Moses, whose 2011 interview with Kevin Annett and Mohawk elder Cheryl Squire could be seen in this video.

· Testimony of a former Argentine civil servant during the 1970s Dirty War who took extensive notes of meetings between the now-Pope Francis and Junta military officials. Pope Francis’ fast ascension to head the Argentine Catholic Church was a suspected result of his agreement to traffick missing political prisoner children from Catholic orphanages.

· Testimony of a police-accredited investigator.

· The “G12” collection of documents of the Anglican Huron Diocese from the Church of England secret archives in London, Ontario Canada.

· A January 2012 memo from Archbishop of Canterbury Justin Welby to Anglican Primate Fred Hiltz in Toronto ordering destruction of forensic human remains and evidence of murdered children in the Mohawk Indian School archives.

“In October, 2011, excavations commenced by Mohawk elders on the grounds of the (Mohawk) school revealed…bones that had been cut up in sections. Two of these bone fragments were positively identified as being those of a small child by Ontario forensic examiner Greg Olson and archaeologist Kris Nahrgang, as well as by senior forensic pathologist Dr. Donald Ortner of the Smithsonian Institute in Washington, D.C. Ortner died of undisclosed causes shortly afterwards.”

Mass genocide of Mohawk Confederacy children began in 1832 at the former Church of England-Jesuit run Mohawk Indian Residential School in Brantford Ontario Canada. Since the 2008 discovery of a child mass grave site at the Mohawk School, there have been 31 other mass child grave sites identified at native residential schools across Canada, in Holland and the United States. The schools were mainly run by Catholic Jesuit priests.

On Feb. 28 2013 this same international court found Head of the Anglican Church of England Queen Elizabeth and former Pope Joseph Ratzinger guilty of Crimes Against Children – the same day Ratzinger became the first pope in history to resign from his office.

Yesterday two suspected members of the Ninth Circle Satanic Child Sacrifice Cult were arrested during their preparations for what appeared to be a child sacrifice. Evidently the child homicide was to take place on a blood-stained altar in the basement of a residence in the upscale neighborhood of Outremont Montreal Quebec Canada. During an older woman’s arrest she admitted that the child sacrifice was scheduled for midnight and involved executives of America’s Sinclair Oil and food giant Cargill Corporation. According to an officer of the Brussels Belgium ICLCJ Court, their team worked in conjunction with Montreal police to perform the citizens arrests.


“This informant claimed that the two children to be used at the Montreal event were held at a separate facility at McGill University,” the ICLCJ Court press release stated, “but she claimed not to know where. She said that the normal procedure was to deliver them in a drugged condition just before the ritual began. The woman said cult members describe themselves as part of the Ninth Circle society and carried tattoos of the Ninth Circle insignia.​”

“Cargill Corporation Executive Kerry Brick is among the suspected Ninth Circle Satanic Child Sacrifice Cult members,” Kevin Annett of the ITCCS said in today’s interview. “Months ago a survivor testified that as a child they were taken to Cargill Corporate Headquarters in Wayzata Minn where they were forced to observe a child sacrifice. From what other eyewitnesses reported to the ICLCJ Court, Ninth Circle members appear to be very influential and able to get away with doing child sacrifices across the globe.”


The suspect identified child sacrifice participants as Cargill Corporation Executive Kerry Brick of Wayzata Minnesota and Sinclair Oil Executive Stephen Holding of Sun Valley Idaho. A prior ICLCJ document claimed other Ninth Circle members included Montreal Catholic Archbishop Christian Lepine and a prominent US billionaire. This same influential American businessman has been identified by eyewitnesses as being at Ninth Circle human hunting parties in the Netherlands. Children were stripped naked, raped, hunted down and killed – as were children in an Australian CIA mind control program according to eyewitness Fiona Barnett. Barnett chronicled her experiences in this article.


“Our team restrained all three prisoners, locked down the premises and took videos and samples from the underground chamber,” wrote a member of the arrest team. “We then secured a covert ​perimeter in the neighborhood in ​anticipation of the arrival of the cult participants and their victims. Unfortunately, although we maintained our vigil until well after midnight, ​no-one else arrived at the premises for the rest of that day and evening. We must assume that the participants were somehow alerted to our presence and aborted the ritual.”


Montreal police supported the Ninth Circle member citizens arrests and planned to eventually take charge of the suspects. “The security guard in our custody was released after he proved that he had been retained in a private commercial capacity. The two cult members are being held in our DAU prison facility in Montreal prior to their questioning by the Court Prosecutor and his Canadian affiliates. All samples and film we obtained are in transit to Brussels headquarters for analysis.”


The International Tribunal into Crimes of Church and State, which has been prosecuting cases against Ninth Circle Satanic Cult members in the ICLCJ Court since 2011, had called for protests against child sacrifices believed scheduled on Aug. 15 for Reine du Monde Cathedral in Montreal and Pro Cathedral in Dublin Ireland. The Ireland child sacrifice was thought to be under the direction of Catholic Archbishop Dermot Martin. Evidently because of protests, the Montreal child sacrifice was relocated from the Montreal Cathedral sub basement crypt to an underground facility at McGill University, then to the private estate in Outremont Montreal.


McGill University had a history of torturing children in satanic-related mind control experiments. In the early 1950s at McGill, President of the Canadian, American and World Psychiatric Associations D. Ewen Cameron, tortured children as part of USA’s CIA MKULTRA program. In 1964 the US Congress supposedly shut down MKULTRA after a successful lawsuit against Cameron and McGill University by mind control survivor Linda MacDonald.


In these videos mind control survivors Claudia Mullen and Christina Nicola testified in the 1995 Congressional hearings about the CIA mind control of children. MKULTRA supposedly ended in 1964. However, in this video Jenny Hill discussed her 1965 witness to a child sacrifice under the direction of a CIA master mind controller thought to be head of the government’s program. The first fifty comments in this petition to Congress for an investigation of the CIA program, most by CIA mind control survivors, indicated that children were still being tortured even today in the government program.


Witnesses to these child sacrifices have alleged that the Ndrangheta Criminal Syndicate worked with police, Vatican and Catholic orphanages to provide children for torture and killing in monthly blood sacrifice rituals by the Ninth Circle. There have been 34 Catholic child mass grave sites found in Ireland, Spain and Canada. The grounds were believed to contain bodies of over 350,800 missing childrenalthough the respective governments and Catholic Church have refused ITCCS’s continuous requests for excavation.


Popes Francis and Ratzinger, plus Queen Elizabeth have all been named by eyewitness testifying before the ICLCJ Court as having killed and raped children in Ninth Circle Satanic Cult human sacrifice ceremonies. Over 60 eyewitnesses from several different countries have testified, with more contacting the Court each week.


Since 2011 six judges and 28 jury members of the ICLCJ Court have been litigating Ninth Circle Satanic Cult members. In Aug 2014 Pope Francis was found guilty of child trafficking; Pope Ratzinger resigned after his 2013 guilty verdict for Crimes Against Humanity and Queen Elizabeth and Prince Phillip were issued arrest warrants for their guilty verdicts in the 1964 disappearance of ten children from the Canadian British Columbia Kamloops Native Residential School.

The ICLCJ Court has over 450 Common Law Peace Officers in 13 countries, with 51 local chartered groups operating. Organizing funds were available for common law groups wishing to apply. To contact the ITCCS, ICLCJ Court in Brussels or to volunteer, email: itccscentral@gmail.com or hiddenfromhistory1@gmail.com.


About the Author
Judy Byington, MSW, LCSW, retired, author of “Twenty Two Faces: Inside the Extraordinary Life of Jenny Hill and Her Twenty Two Multiple Personalities” (http://www.22faces.com) is a retired therapist, Public Speaker, Activist and investigative journalist whose articles on international child exploitation rings have been cited on hundreds of blogs and websites. The ex-Supervisor, Alberta Mental Health and Director Provo Family Counseling Center is the CEO of Child Abuse Recovery and Speakers Bureau (http://www.ChildAbuseRecovery.com). If you have news tips about child abuse issues please email Judy info@22faces.com.