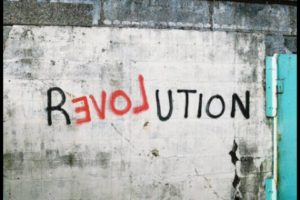 As you can see from the date of the article below as well as other posts at Starship Earth, William (Bill) Cooper is not new to we conspiracy analysts. QAnon has pointed new patriots to this icon of (r)evolution this month, and we’re glad he did. Bill deserves it. He’s as much a part of the revolution now as he ever was—perhaps more, because it ‘s just gone live.
William Cooper was a former Army officer and Naval Intelligence Briefing officer with Q clearance and didn’t believe anything unless he saw it with his own eyes, at least until he was privy to a lot of intelligence that demanded he do his own research.
Once he had satisfied his own enquiring mind, he made it his life mission to educate the unaware so they could prevent what he knew was coming. His radio shows, “Hour of the Time”, were riveting and he was precocious and brutal in his delivery. In person at the national conferences he hosted, he was a powerful orator.
He was deemed such a threat that he was not only beaten and maimed, but later lost his life at the hands of the “SS”.

What Bill saw then is what we see in our headlines in America now. He was absolutely correct, yet so many still don’t recognize reality for what it is.
No one wants to acknowledge that the New World Order is marching down the streets of America stealing the freedom The People were guaranteed they would always have. They are in denial and believe what they’re told rather than what their own eyes might see.
The enemy told the simmering pot of frogs the water isn’t hot and they were able to ignore the steam—until it was almost too late.
Those with the corrective lenses necessary are now witnessing the second American Revolution, 21st Century-style where the rules of engagement are… absent. Anything goes, and what happens in America doesn’t stay in America. It affects the rest of the world and all eyes are on the Republic now as the battle of Light and dark rages in the shadows, both on-planet and off.
The stranglehold of the enemy is all-pervasive, but almost invisible so it’s easy for the average busy person to miss it, or dismiss it.
What are only uncomfortable whispers for some, are now a dull roar for the brave patriots. Soon, because of what is unfolding on the Western front, the theatre of war largely active in Washington, DC, we will all be sovereign Beings again on Earth.
This war is fought with a weapon as benign as the stroke of a pen, yet also with technology most Humans are unaware even exits and through allies we never new we had. If we weren’t witnessing it with our own eyes, we might not believe it.
If you have not yet downloaded and read rebel Bill’s remarkable book, “Behold A Pale Horse”, you can get it here, FREE.
You might not like this red pill however, which, like most powerful remedies, “tastes awful, but it works.” You will never see your life or the world the same way again.  ~ BP 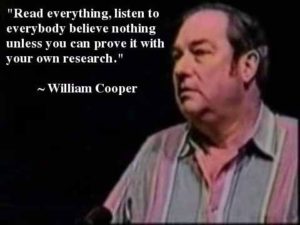 January 26, 2013
The 1991 book entitled ‘Behold A Pale Horse‘, authored by the man who predicted the false flag attack of 9/11 by CIA asset Osama Bin Laden, also predicted false flag attacks at schools which would be used to attack the 2nd amendment of the United States of America.  Does this sound like what is exactly taking place with the recent massacre at Sandy Hook and the political landscape across the United States?
What is amazing is that this book was written 22 years ago, well before the Columbine High School and Virginia Tech massacre. Bill Cooper accurately describes how the New World Order, aka the Illuminati, would first encourage the saturation of firearm weapons into American society. Then they would stage false flag terrorist attacks on schoolyards by drug induced or mentally ill people. The American people would than willingly give up their 2nd amendment rights.
I took a picture from the book ‘Behold A Pale Horse‘ so you can read the prediction for yourself.  The snap shot image was taken on page 225 in chapter 12, subtitled ‘The Secret Government’.
Here is the transcription for those who want to translate it into their native language.

“The government encouraged the manufacture and importation of firearms for the criminals to use. This is intended to foster a feeling of insecurity, which would lead the American people to voluntarily disarm themselves by passing laws against firearms. Using drugs and hypnosis on mental patients in a process called Orion, the CIA inculcated the desire in these people to open fire on schoolyards and thus inflame the anti-gun lobby. This plan is well under way, and so far is working perfectly. The middle class is begging the government to do away with the 2nd Amendment.” (William Cooper 1991)

What I find also interesting is the accuracy of Mr. Cooper’s statement of shooters who are mentally ill and are on psychotropic drugs.  This issue has been mostly suppressed by main stream media, instead of going after the true cause of these horrific terrorist attacks against schools and innocent civilians, they have diverted everyone’s attention to guns.  Here is an article that shows school shootings and the drugs that the perpetrator was on while committing the crime.  Here are some other articles that exposes the links between psychotropic drugs and school shootings. Article #1, Article #2, Article #3.
For those of you who do not own the book ‘Behold The Pale Horse‘ should purchase a copy for themselves and get to know who & how the world have been duped by certain elite groups and secretive societies.  If you cannot get your hands on this amazing expose of the secretive government, you can still listen to the entire audio book for free at this link here.
Even President John F. Kennedy warned of a “grave danger” to the American people about secretive organizations who would try to censor and control the people.

“And there is very grave danger that an announced need for increased security will be seized upon those anxious to expand its meaning to the very limits of official censorship and concealment.” JFK – April 27th, 1961

This quote was taken from a speech President John F. Kennedy gave at the Waldorf-Astoria Hotel on April 27, 1961. “The President and the Press” before the American Newspaper Publishers Association.  Another famous quote by JFK from the same speech talks about a “ruthless conspiracy” to infiltrate the United States of America via covert means to establish control over the people.

For we are opposed around the world by a monolithic and ruthless conspiracy that relies on covert means for expanding its sphere of influence–on infiltration instead of invasion, on subversion instead of elections, on intimidation instead of free choice, on guerrillas by night instead of armies by day. It is a system which has conscripted vast human and material resources into the building of a tightly knit, highly efficient machine that combines military, diplomatic, intelligence, economic, scientific and political operations.

Its preparations are concealed, not published. Its mistakes are buried not headlined. Its dissenters are silenced, not praised. No expenditure is questioned, no rumor is printed, no secret is revealed.” JFK – April 27th, 1961

Here is a YouTube video in which someone produced which has the speech with subtitles so you can follow along a little bit easier.  Who would have thought JFK was a conspiracy theorist?
Going back to William Cooper and his incredible accuracies in predicting events.  Please consider listening to his most famous prediction of the 9/11 false flag terrorist event that took place on his radio show on June 28th, 2001.  Absolutely amazing that he named Osama Bin Laden as the scapegoat for the coming terrorist attack against the American people.  See the video below for his insights into the 9/11 prediction.

So there you have it. I hope I brought to you some information to further you along in your search for truth and if you already knew this stuff, then kudos to you!
We need to spread the word and back up the claims that this world’s system of governments are absolutely corrupted to the core. The more people who wake up from the deep sleep of mind control and main stream media propaganda, the harder it will be for the psychopathic killers who lurk behind a secretive veil to control the sovereign people of earth.
Source