Remember last year when it was revealed that at least 70 missing foster children were reported in Kansas?

Apparently they still haven’t been found, and now the number is said to be 80. Officials are implying that they ran away, but why would nearly every single one of them leave no trace, with nothing but silence permeating the issue?
As most US states have CPS, Kansas’ agency responsible for foster care and taking children from parents is the Kansas Department for Children and Families (DCF). They seem to be facing little consequence for the extremely concerning absence of dozens of children who could have been sold into human slavery for all we know.
Private foster care “contractors” work with the DCF due to a law in Kansas that allows DCF to work with private companies and non-profits. The only reason this info about missing children was released is because the contractors provided the information during a legislative oversight panel hearing in October. Foster care contractors are being trusted with the lives of children, and they are the ones reporting the missing 80.
KVC Kansas admitted it was missing roughly 38 children back in October, and the other non-profit Saint Francis Community Services reported that 36 children are missing from its system.
Apparently nobody noticed that KVC Kansas is not being made to respond to this grave issue at all, because their small Facebook page here is not flooded with comments asking where the children are. 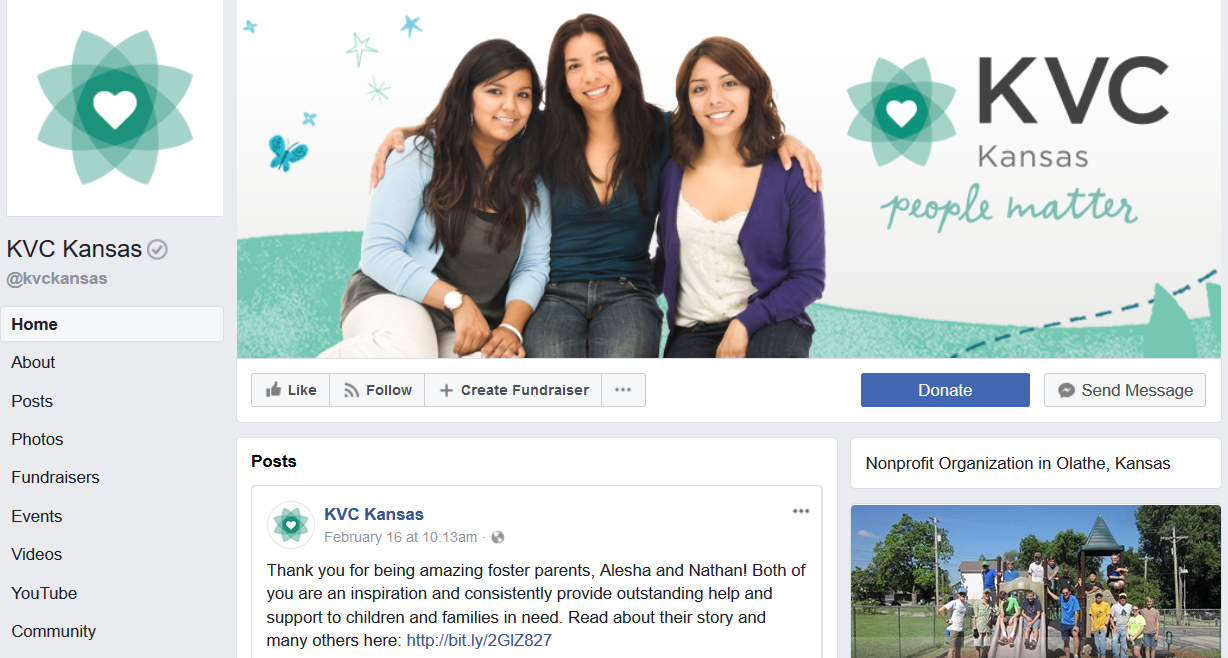 As far as Saint Francis Community Services, they seem to be facing no consequences either. Very little info can be found about them, but in 2013 they were mentioned in news articles as the DCF were criticized for trying to keep children from being reunited with their parents. Court cases involving them can be found online. 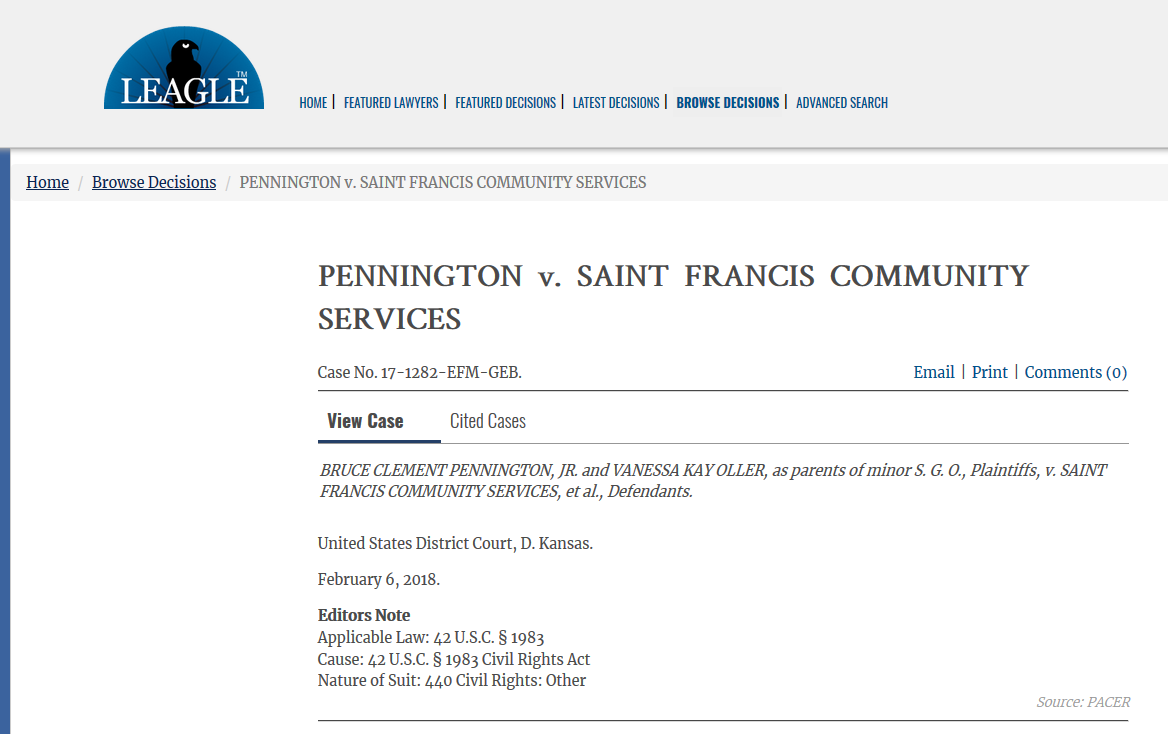 The DCF had 6,000 children in their “care” in 2013 when this article was published. So if that is close to the number of children they are responsible for now, think about the proportion 80/6000: about 1 in 75 kids in their care are missing.
Why were these two private entities trusted with seized children under question in the first place? Because in August of 2017, three sisters went missing from their care, aged 12, 14, and 15.
The police simply suggested they ran away, and the head of the DCF said she knew nothing about them. While some kids that are old enough to know where their real parents live surely run away from foster parents, they seem to be gone without a trace.
Who was the head of DCF in Kansas during all of this? Phyllis Gilmore: and she quietly retired a few months after this scandal broke. 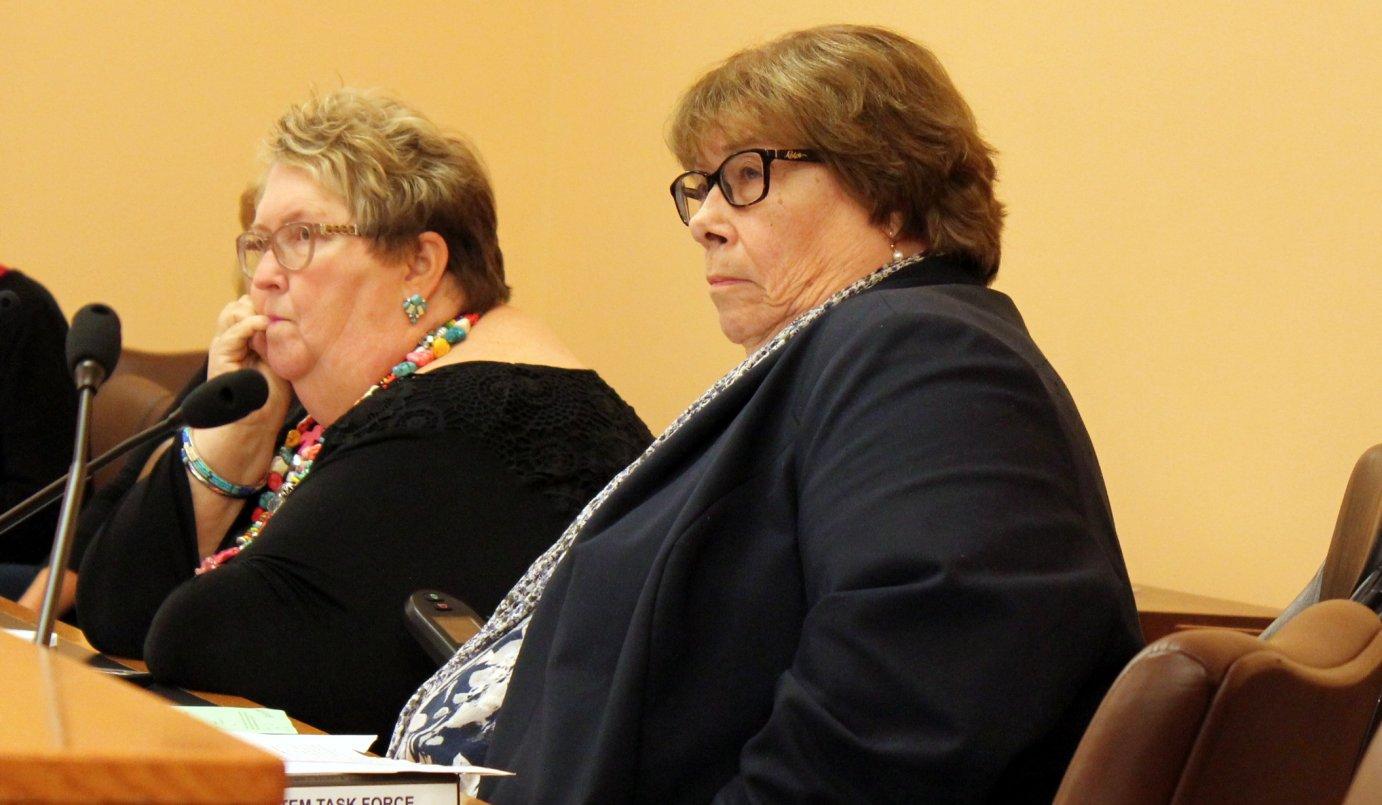 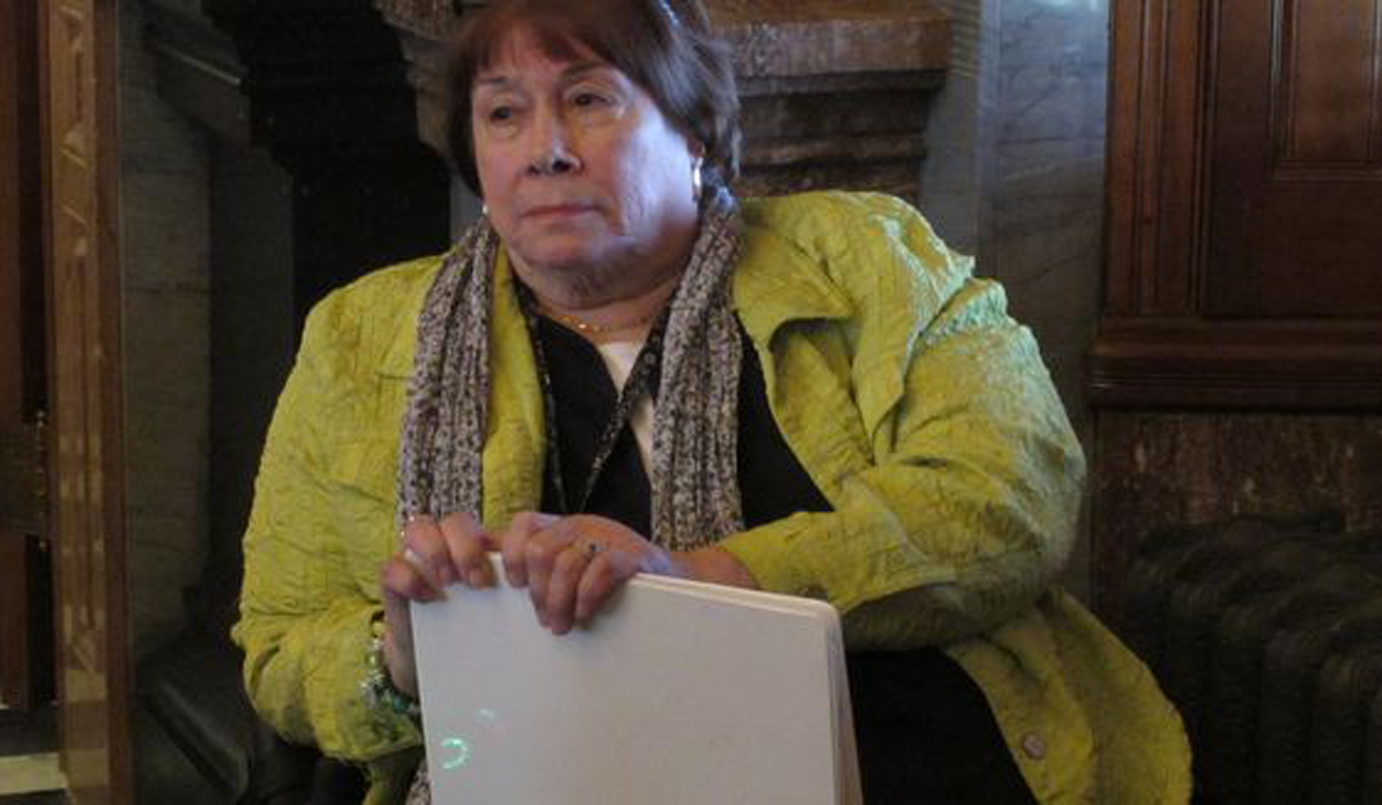 According to the Kansas City Star:
“The leader of the Kansas agency that oversees the state’s welfare programs is leaving amid intense scrutiny of the foster care system and the expected departure of Gov. Sam Brownback.
Lawmakers in recent weeks have criticized DCF after revelations that more than 70 foster children in Kansas were missing and that some children have been sleeping in the offices of the state’s foster care contractors.”
Missing kids, kids sleeping in the offices of private companies tasked with helping children stolen by the state find homes: is former Secretary of Kansas DCF Phyllis Gilmore going to get away with this?
The most recent mention of these missing foster children put the number at 80, instead of 70 as reported previously. It was a brief mention in an article about a Kansas candidate for Governor, Greg Orman. He addressed the issue of missing children.
More allegations have been leveled against the DCF and its private contractors in the past several years, one of which was against an organization known as FaithBuilders. According to KHI:
“State officials say they are investigating a faith-based group’s role in some child welfare cases after a Wichita legislator raised concerns that the organization might be undercutting efforts to reunite some of the children with their parents.”
“FaithBuilders is a nonprofit organization with about 30 foster homes licensed by the state in and around Wichita.”
“Faust-Goudeau said she began receiving complaints in August that Dixon was encouraging at-risk families to circumvent the state’s foster care system by putting their children directly into FaithBuilders’ homes before or without a judge’s order.”
“Another allegation raised is that DCF officials in Wichita were steering children ordered into state custody to FaithBuilders’ foster homes with the goal of seeing them adopted rather than reunited with their families.
“Many, if not most of the children placed in FaithBuilders homes, according to the social workers and others, were black, many of them infants. And most of the foster parents were white.”
It doesn’t seem like anyone, anywhere is paying attention to this, and neither the private companies or former DCF leader are being held accountable.
It does not sound right at all that these kids are “missing” and have not been found anywhere. Who are they? Will their parents ever see them again? Their names are nowhere to be found: do their real parents even know they are missing?

» FBI released FOIA on Vince Foster's suicide & "missing gun file".
» Seriously WTF?? - Kansas City Promises to Stop Pouring Bleach on Food for the Homeless After Outcry. But Will They Find Other Ways to Destroy It?
»  Canadian Authorities Find They Are Unable to Seize Bitcoin Donations Made to Freedom Convoy Protesters
» Foster Gamble of the Thrive Movement discusses the global financial system and the Chinease elders
» Donald Trump Calls on Russia to Find Hillary Clinton’s 30,000 Missing Emails