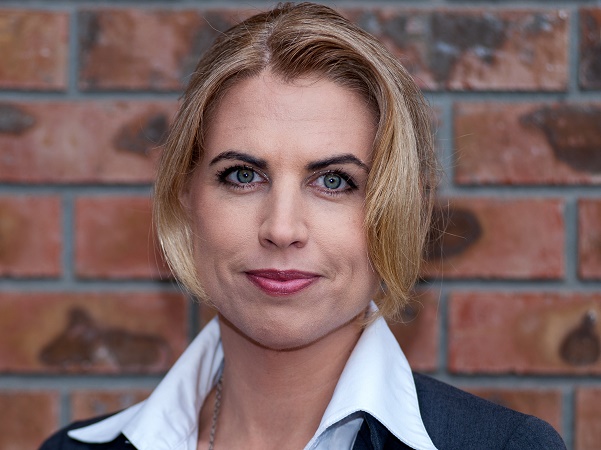 Elizabeth Parris, the CEO of Bioviva USA Inc, has become the very first human being to successfully, from a biological standpoint, reverse the  age of her white blood cells, thanks to her own company’s experimental therapies. Bioviva utilizes intramural and extramural peer-reviewed research to create therapies for age-related diseases (Parkinson’s, Alzheimer’s, cancer, heart-disease), and now, they have reversed 20 years of ‘telomere shortening’ in a human for the first time.
advertisement - learn more

Telomeres are short segments of DNA that cap the ends of every chromosome and act as a protective feature against wear and tear, which occurs naturally as the human body ages. As we age, these telomeres become shorter and shorter as our cells continue to divide more and more. Eventually they become too short to protect the chromosome, which is what causes our cells to malfunction and age related diseases to start setting in.
In September of last year, the 44 year old volunteered to partake in two of her own company’s experimental gene therapies; one intended to battle stem cell depletion, which happens when we age and leads to various age related diseases, and the other intended to protect against loss of muscle mass with age.
In Parrish’s case, specialized clinical testing in Houston, Texas, revealed that her telomeres were short for her age, which left her vulnerable to age-related diseases earlier on in life.
This type of gene therapy has been tested before, but prior to Parrish, it had only been used to lengthen the telomeres of cultured cells and mice; it has never before been tried on a human patient. The successful trial in mice was conducted by Maria Blasco and her team at the Spanish National Cancer Research Centre (CNIO) in Madrid, who reported the telomerase gene result in 2012.
Blasco told The Scientist in an email, “We demonstrated that AAV9-Tert gene therapy was sufficient to delay age-related pathologies and extend both median and maximum longevity in mice. Many pathologies were delayed, including cancer.” (source)
advertisement - learn more

After the gene therapy was completed on Parrish, the company’s website revealed the astonishing results of the experiment:

In March 2016, the same tests were taken again by SpectraCell revealed that her telomeres had lengthened by approximately 20 years, from 6.71kb to 7.33kb. This implies that Parrish’s white blood cells (leukocytes) have become biologically younger. These findings were independently verified by the Brussels-based non-profit HEALES (HEalthy Life Extension Company), and the Biogerontology Research Foundation, a UK-based charity committed to combating age-related diseases.

After learning of the experiment’s success, Parrish remarked that “if these results are anywhere near accurate, we’ve made history.” The company will continue to monitor her blood in the months and years to come, and will be testing new gene therapies to restore age related damage. Researchers still need to determine if the success seen in leukocytes can be extended to other organs and tissues, as well as repeated in other patients. For now, this is the first and only instance of such therapy being used (and successful) on a human, and was intended to prove the safety of this technique. Long term scientific scrutiny is still necessary to say for certain whether this is a safe and viable procedure, but what’s happened so far is almost unbelievable.
It’s a very promising discovery, and one that has already attracted attention from various investment and scientific communities. One example is Deep Knowledge Life Sciences (DKLS), a UK investment fund company which has already made BioViva a portfolio company of theirs.
According to Parish, “the best-case scenario would be that we added 20 years of health onto the leukocytes, and the immune system might be more productive and catch more of the bad guys.” “But we have to wait and find out. The proof will be in the data,” she said.