OUT OF MIND » SUPER SCAMMERS!! RV & DINARIAN FRAUDS & THOSE THAT BUST THEM OUT! » JERZY BABKOWSKI aka ZAP & SUSAN » POOFness for FEB 22: A TOOTH AND A SMILE from the Toothless Ghoulish Barber of Calgary

POOFness for FEB 22: A TOOTH AND A SMILE from the Toothless Ghoulish Barber of Calgary 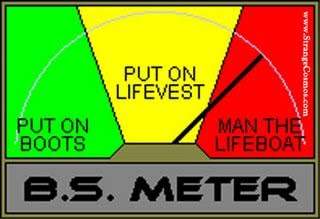 BEFORE WRITING THIS, I DID WHAT I COULD TO SECURE HELP FROM EVERYWHERE I COULD, AND I DEFINITELY NEED A HELPING HAND IF YOU WILL. FIRSTLY, WE ARE DEAD IN THE WATER WITH COMMUNICATIONS AND BLIND. THE DELAYS, WHICH WE KNOW TO BE DELIBERATE, HAVE RESULTED IN NO FUNDS TO UPKEEP THE WEBSITES AND EMAILS.

EVERYTHING IS DOWN. IF ANY FUNDS OR DOCUMENTS COME IN, WE WILL NOT KNOW. THE BILL IS HIGH AND WE EXTENDED AS MUCH AS WE COULD BUT THIS IS THE END OF THAT. PEOPLE HAD TO COME FIRST FOR FOOD AND SHELTER AND MEDICINE.

SECONDLY, IF YOU ARE A DENTIST AND CAN COME AND HELP…THAT WOULD BE AMAZING, OTHERWISE I PERSONALLY NEED SOME EMERGENCY HELP SO I CAN AT LEAST EAT. 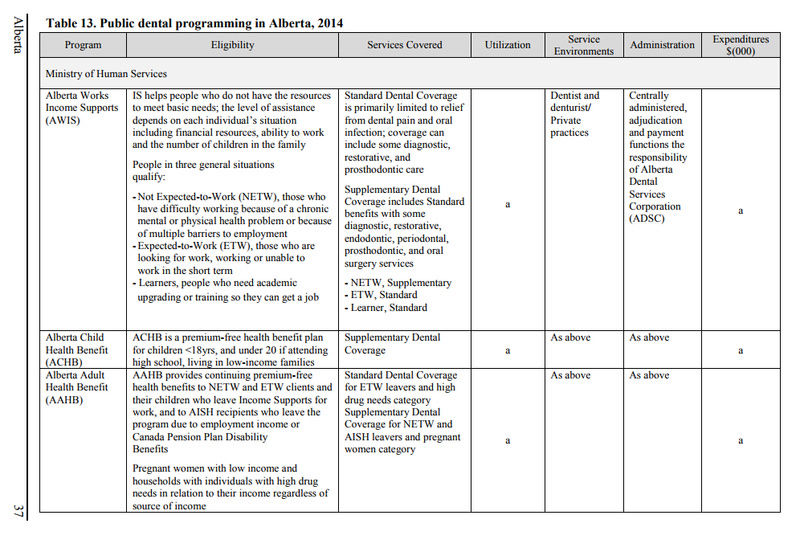 MY LAST BITING TOOTH BROKE AND I CAN NO LONGER EAT WITHOUT A DENTURE. IT COSTS A BIT AS I AM SURE SOME OF YOU KNOW. IT CAN GET INTO THOUSANDS I FOUND OUT IN SHORT ORDER.

WHY? I LOST HALF MY TEETH IN CHINA DUE TO WATER AND DIET IT TURNED OUT, AND THE REST CRUMBLED WHEN I GOT HOME. THIS IS A PERSONAL REQUEST TO HELP ME STAY ON SEMI SOLID FOOD INSTEAD OF THAT MILK SHAKE STUFF. HAVING NO REAL TEETH TO WORK WITH OVER THE YEARS HAS BEEN DIFFICULT AND I THOUGHT I COULD HANG UNTIL FUNDS ARRIVED, BUT THAT IS NOT POSSIBLE. A FEW HAVE STEPPED UP SO I COULD GET SOME PRELIMINARY WORK STARTED, AND THE DENTIST IS READY TO FINISH THIS WORK OVER THE NEXT DAYS.

I WOULD NOT HAVE ASKED AND WAITED BUT I HAVE TO TRAVEL SHORTLY, AND NEED THIS DONE IMMEDIATELY. ALL I CAN SAY ON THAT TOPIC BUT YOU CAN READ BETWEEN THE LINES. THAT IS THE BLACKOUT TIME AND THESE LAST HAMMER BLOWS MAY JUST TIP EVERYTHING. I HOPE NOT, BUT ALL OPTIONS EXPLORED, SHORT OF DOING WHAT EVERYBODY ELSE DOES WITH FUNDING RUNS ON THE INTERNET AND SCAMS, HAVE DRAWN A BLANK. YOU ARE THE ONLY ONES WE HAVE EVER ASKED FOR HELP AND NEVER WENT OUTSIDE LIKE THE OTHERS.

I WILL DO MY BEST TO KEEP IN TOUCH, AND THE TRAVEL WILL YIELD WHAT WE ALL NEED ANYWAYS BESIDES THE FUNDS THAT ARE CURRENTLY ON THE WAY (BUT NOT HERE YET) BUT WILL TAKE A COUPLE OF WEEKS UNLESS THIS CIRCUMSTANCE IS FIXED UP. WE DID OUR BEST, BUT THE BANKERS WON THIS ONE.

WITH ANY LUCK, WE MAY HAVE THE FIRST FUNDS BY TOMORROW, BUT MORE LIKELY EARLY NEXT WEEK. RIGHT NOW, WE HAVE THESE MAJOR FIRES RAGING AND NEED BIG HELP TO GET THROUGH THIS LAST BIT. AND IT IS THE LAST BIT AS EVERYTHING IS IN MOTION FOR US.

GOD BLESS AND MUCH THANKS.

...this is how Humanity Savior JERZY BABKOWSKI (ZAP) a Canadian hero from Calgary-ALBERTA  looks  like!!!. This mother fucker have been saying for years that he has some 7 billion Human Beings to feed!!!. So, to all those naive, very weak and silly victims who have send this looser money (donations) based on his never fulfilled empty promises and lies of mountains of $$$, now you people should open your eyes and demand your money back plus interest IMMEDIATELY. The best LESSON FOR THIS SOCIOPATH would be a CLASS ACTION LAWSUIT and put this dangerous scammer, parasite of society away for good - IN JAIL !!!!. where such rubbish lowlifes belong.

It's the old teeth ploy again!

Jerzy on July 31, 2016 wrote:MY TEETH SUCK TOO. I LOST THEM IN CHINA. THE STEADY DIET OF ANTIBIOTICS TO QUELL THE INFECTIONS HAVE WREAKED HAVOC ON MY INSIDES FOR THE LAST COUPLE YEARS.

And here Jerzy has infections on the teeth he lost...

Jerzy August 17, 2016 wrote:I AM STRICKEN WITH A BAD INFECTION AND I DO NOT HAVE THE FUNDS TO TAKE CARE OF THE REQUIRED SURGERY – NO, IT IS NOT THE HANGNAIL OR THE ALIEN TATTOO THAT HAS COME TO LIFE…IT IS A COUPLE OF ABSCESSED TEETH


And here his teeth he lost have massive infections a year later...

Jerzy on September 27, 2017 wrote:SORRY I’M LATE TODAY BUT TRYING TO HANDLE A MASSIVE INFECTION IN SEVERAL TEETH. VERY PAINFUL AND HARD TO THINK. I MAY ALSO HAVE TO GO IN FOR A FEW DAYS AND GET SOME SURGERY DONE BUT WILL KNOW ONLY TOMORROW.


What's great about having internet archives is the ability to show Jerzy's lies, year after year...

Jerzy on April 23, 2017 wrote:THE LATEST EVIDENCE IS THE DOWN PAYMENTS ON SOME ZIM EXCHANGES. YESTERDAY, ONE OF THE ROYALS TOLD ME THAT HER FRIEND GOT PAID OUT COMPLETELY, AND ON A SIDE NOTE, THE PAYMASTERS ON VARIOUS TRANSACTIONS ARE ALL FLUSH WITH FUNDS AND READY TO DELIVER. THESE SIGNS ARE THE BEGINNING OF THE RELEASE SEQUENCE THAT IS IN MOTION NOW.

Attention babkowski jerzy - zap:
Last time I spent my precious time by sending you couple of mails thinking you are the most in despicable, ruthless, bold scammer but today, after checking some of your latest rubbish posts I realized that you are a total psychopath, degenerated brain that has no limits of any human consciousness that separates us humans from monkeys.
You are still trying your dis-questing, shameless tricks thinking really that some one out there will buy your otter rubbish so you can steel money from him or her.
You babkowski are no longer consider a human  being to me and many people. You are worst then animal as animals have some kind of good instincts but you are a vicious criminal, swindler trying to strive and make your shitty lowlife luring other fellow humans on money selling them crap that goes way beyond any reasonable moron's comprehension.
You will pay for all this sooner or later babkowski as there are more and more people working hard to make sure that: 1. you will be cut off from any swindler money stolen from people using some loopholes in the Pay Pall transfer system. Soon what you are using will be incriminated in Canada and US so we will see you in jail.
If you were in Poland - where you claim your ancestors came from, Hungary, Romania, Czech Republic, Slowakia, you would be rotting in jail a long time ago. You have been lucky so far you are conducting your criminal activities in Canada where the Law is still clearly 50 years behind Europe and many other civilized Countries. Your luck however will run out soon and we, the people - Human society will do what ever is necessary to stop and prevent more harm inflicted to many innocent, naive and weak individuals who you have been targeted as a vicious predator for way to long.
You are nothing but ZERO dignity human like garbage lowlife begging for donations as if you had right to do that using any dirty tricks that go beyond imagination. I wish you babkowski jerzy peace of shit worst karma that can be, many years in  2 x 2 size room and many sleepless years so you will have plenty of time to think and regret what you have done in your low life past parasites life using lies, scam, coning and steeling last pennies from innocent naive victims and other dirty accomplishments you have committed in between.
You are a very sick and dangerous sociopath, a parasite of society jesrzy babkowski that MUST NOT be allowed to exist among us, hard working honest and proud Humans. What bothers me most is a fact that criminal like you is using Polish name and you better change it for Canadian you peace of shit.

Jerzy wrote:BEFORE WRITING THIS, I DID WHAT I COULD TO SECURE HELP FROM EVERYWHERE I COULD, AND I DEFINITELY NEED A HELPING HAND IF YOU WILL. FIRSTLY, WE ARE DEAD IN THE WATER WITH COMMUNICATIONS AND BLIND. THE DELAYS, WHICH WE KNOW TO BE DELIBERATE, HAVE RESULTED IN NO FUNDS TO UPKEEP THE WEBSITES AND EMAILS.

My oh my! Look how fast Jerzy can update domains. LMAO!

Jerzy is not going to lose his websites and email addresses for someone to take over.

His claim of having no funds for this is BS. 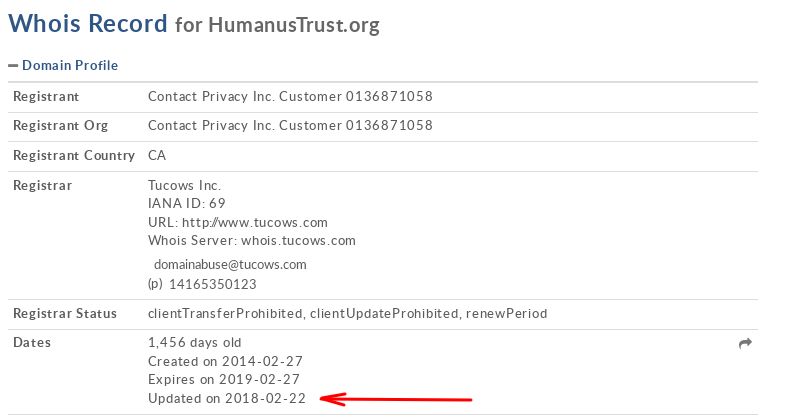 Jerzy wrote:BEFORE WRITING THIS, I DID WHAT I COULD TO SECURE HELP FROM EVERYWHERE I COULD, AND I DEFINITELY NEED A HELPING HAND IF YOU WILL. FIRSTLY, WE ARE DEAD IN THE WATER WITH COMMUNICATIONS AND BLIND. THE DELAYS, WHICH WE KNOW TO BE DELIBERATE, HAVE RESULTED IN NO FUNDS TO UPKEEP THE WEBSITES AND EMAILS.

My oh my! Look how fast Jerzy can update domains. LMAO!

Jerzy is not going to lose his websites and email addresses for someone to take over.

His claim of having no funds for this is BS.

This one is not even due for months...

Thanks Nash! Man, what a lying sack of feces this con artist is!!!!

Posts : 58
Join date : 2016-12-01
ahhh hahh hah!  Look at this human piece of shite!~  Jerzy, you really are creating a world of pain for yourself with all these lies!  So, you "have to travel", and can afford that, but can't pay for free dental care?  You realize you fucked up with this one right?  I mean....you know you fucked up.....right?  See the info, posted in other posts above this, about Alberta's Dental help that is available to all.  You are a fucking joke man, a sad one at that.  Don't ever come to Chicago or you will experience an immediate karmic harvest of all the negativity you've been seeding by lying and stealing from people.  Fuck you Jerzy Babkowski, you lying felon (convicted for fraud). 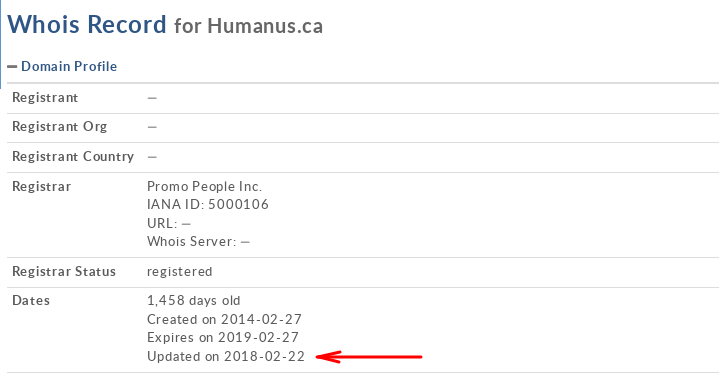 It seems that Jerzy had the money all along...

OUT OF MIND » SUPER SCAMMERS!! RV & DINARIAN FRAUDS & THOSE THAT BUST THEM OUT! » JERZY BABKOWSKI aka ZAP & SUSAN » POOFness for FEB 22: A TOOTH AND A SMILE from the Toothless Ghoulish Barber of Calgary