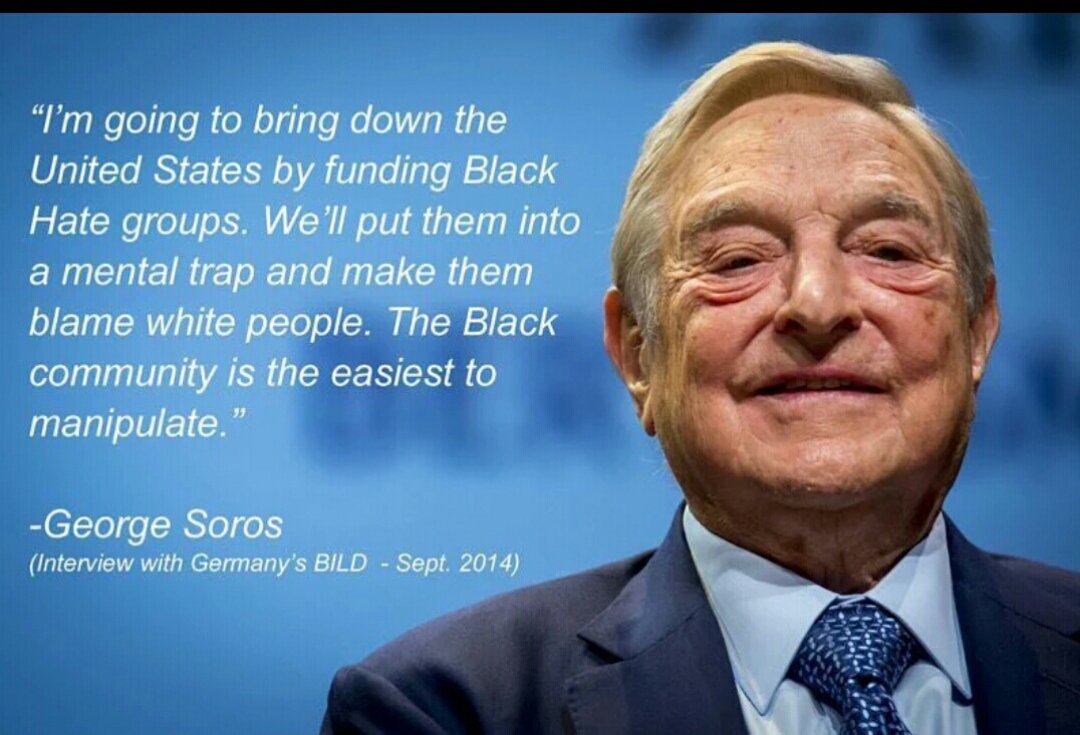 While the Left insurgency is unaware, their globalist leaders know that gun confiscation is guaranteed to start a full-blown civil war

Which is exactly why TPTB are so relentless about imposing draconian gun control laws; it’s war and chaos that they want…

…in order to create their New World Order out of the chaos and after the destruction.

They know the American people stand as a major obstacle to global domination via their One World Government.
State of the Nation

Maryland Sheriff Says It Will Be CIVIL WAR Before Gun Confiscation

Everyone saw how the NWO globalist cabal engineered the Syrian Civil War.  They committed their war crimes in broad daylight as the whole world watched them create and arm ISIS.  It eventually became common knowledge that the Daesh terrorists were funded and trained by the Pentagon, C.I.A., MOSSAD and MI6.  Even the de facto leader of the Islamic State’s terrorist army was trained by the ISRAELI SECRET INTELLIGENCE SERVICE (aka ISIS).
Syria wasn’t really a civil war; rather, it was a meticulously manufactured conflict designed to advance the Greater Israel project, turn the European Union into a cauldron of tension and chaos, among many other sinister purposes. Putin’s Russia Blows Up Greater Israel Project
What’s the point?
The very same forces behind that ongoing cataclysm in the Northern Levant are now fomenting civil war in the United States.  For the uninitiated, international criminal and bankster George Soros is merely the frontman for this civilization-destroying enterprise and One World Government scheme. GEORGE SOROS: The Back Story No One Talks About
The decision-maker perps at the top of the food chain know that they cannot advance their New World Order agenda until the American Republic is no more.
The NWO cabal also knows that the America people cannot be conquered by a foreign enemy (there’d be a rifle hiding behind every blade of grass, as the Japanese admiral correctly perceived during World War II).
Therefore, the globalists have only one alternative if they are to openly subjugate the United States of America to their planned One World Government and that is:
CIVIL WAR ! 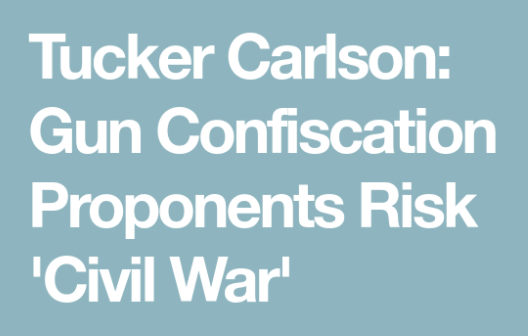 Every patriot ought to understand the direct relationship between gun confiscation and civil war.  The real problem is that the liberals fail to appreciate the gravity of this wedge issue that has been driven deeply into the body politic.  As follows:

What Liberals Don’t Understand: A Serious Attempt at Gun Confiscation Could Lead to Civil War

Prior to a civil war, the power elite will attempt to effectively disarm the Right before any hostilities break out, especially in the sanctuary cities and other major metro areas.
Only after the patriot movement has been sufficiently neutralized will the globalist coup plotters galvanize their purple revolutionaries to conduct a full-blown Bolshevik-style Purple Revolution.

BEWARE: The Purple Revolution Comes To America…
…Courtesy of George Soros,
the Clinton Crime Family,
and the Obama Administration

Up until now, the pivotal strategy of this stealthy plot has been to use an incremental approach toward ever-increasing gun control.  However, the jig is up, and the traitors to the Republic are going all out with an in-your-face gun grab.
This city-by-city, state-by-state gun control campaign is being run under the rubric of OPERATION GLADIO C.  Where the politicos collude with the perps in working the Hegelian Dialectic: Problem ~ Reaction ~ Solution.  In this way they manufacture consent to void the constitutional right of every citizen to possess firearms…and especially to arm one’s family for self defense…particularly against the government.

Just like Operation Gladio A & B were used to subjugate the nations of Europe by corralling them into a totalitarian superstate known as the European Union, a similar scheme is being executed for North America.  Each European country that legislated against gun rights experienced mass shootings prior to the new laws regulating firearms. EU Exposé: A Planned Totalitarian Superstate to Destroy Europe

You know the wealthy elites are getting very desperate when they try to pull off such a transparent terrorist attack like they did in Parkland, Florida on Valentine’s Day.
Whenever a false flag school massacre (this one may also be a total hoax) is so obvious, the government-sponsored terror operation simply loses its punch.  And so it has… and rather quickly, too.
Within minutes of this false flag terror operation at the Marjory Stoneman Douglas High School, the Internet was ablaze with evidence of yet another alphabet agency-run psyop.
In fact, there were so many clues during the immediate cover-up that many investigators are still scratching their heads in total disbelief.
How could the FEDs hope to implement a gun grab based on such a ridiculous “lone gunman” narrative with so many holes and inexplicable gaps?  Do they really think the US citizenry is that stupid?!
How could so many serious screw-ups at Florida crime scene not be done on purpose?
Yes, they do!
However, there is much, MUCH more going on with this gun-grabbing initiative than meets the eye.

FISAgate was getting way too hot for the seditious Democrats.  Many other Deep State traitors have also been revealed to the extent that the globalists had to change the national conversation…and change it fast!  There are many more relevant details in the exposé that follows: VALENTINE’S DAY MASSACRE: Here’s why the Florida high school mass shooting was a false flag black operation
Truth be told, there are much more serious crimes than those referenced in the previous link which are so radioactive that the countless Obama-Clinton scandals pale by comparison.  Even more significantly, these heretofore ultra-classified bombshells are about to explode throughout the Alt Media.  Hence, a shocking false flag attack was ordered by the controllers to majorly distract the populace.
The Very Deep State is well aware that the upcoming disclosures of outright treason will torpedo their entire enterprise to fabricate the North American Union (NAU) modeled after the European Union (EU).  Incidentally, this is precisely why the Mexican border still remains open.

KEY POINT: The only way that the borders can be erased between the USA and Mexico, and between the USA and Canada, is for all weapons to be removed from the American people.  The architects of the North American Union know that the U.S. patriots and nationalists, conservatives and Christians, Tea Partiers and Libertarians would never allow such a regional superstate to be formed, for the same reasons that they heap scorn on the patently fake United Nations.

The North American Union is modeled after the Soviet Union of the 20th century, as was the European Union.  The same clique of criminally insane psychopaths, who led the Bolshevik Revolution (their family bloodlines, of course), has been tasked with carrying out this multi-decade takeover of the USA that was commenced in earnest with 1913 Federal Reserve Act.  They deliberately chose the 100th year anniversary of the 1917 Russian Revolution to inaugurate their treasonous 2017 Purple Revolution.  Remember this concession-day photo-op that kicked off La Revolución. 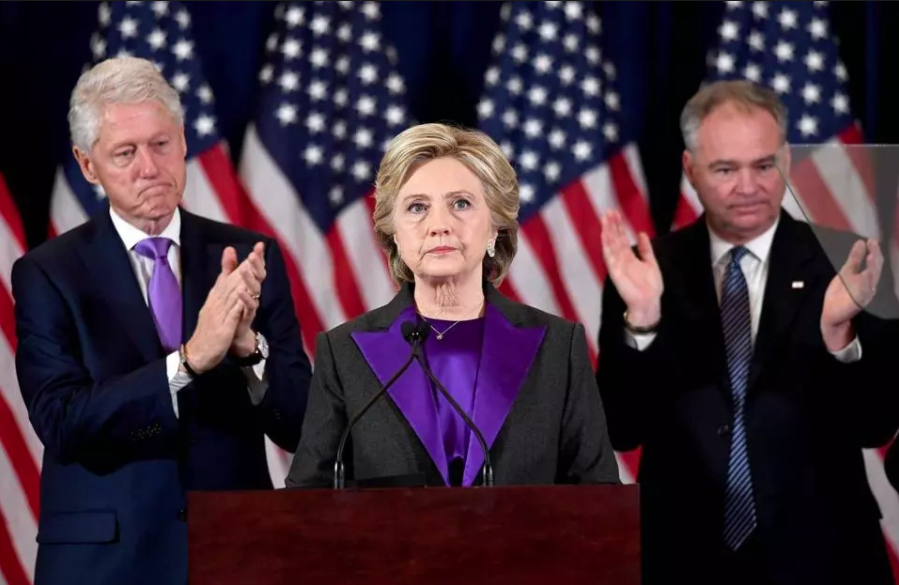 Special Note: George Soros has both funded and spearheaded the national gun control movement according to his own statements.  What is less well known is the degree to which he coordinates with Deep State in order to capitalize on these state-sponsored mass shootings.  Former Milwaukee Sheriff David Clark has already called Soros out for using high school students to push unconstitutional gun control as follows: Fla. students’ gun control push has ‘George Soros’ fingerprints all over it’.  The critical point here is that Soros has been a party to these NDAA-sanctioned false flag attacks on Americans.  Hence, he is nothing more than an extremely violent criminal mastermind who needs to be apprehended post haste (Really, why isn’t George Soros on the FBI’s Ten Most Wanted list?).  In this regard, President Trump possesses an extremely compelling “national security” justification to remove this menace to society, once and for all. See: Soros Must Be Arrested, Prosecuted and Imprisoned to Prevent Civil War

The power elite know that their days are numbered.  There is enough hard evidence on the Internet to indict and convict the whole NWO criminal cabal.  Because of this stark reality, the most visible perps have never been so desperate.
As a result, the American people can expect there to be more mass shootings and bombings until something really starts to give.  The patriot movement will NOT budge an inch where it concerns gun control.  The liberals will only proceed so far down their self-destructive path, unless the coup d’état torchbearers are coerced to revolt by proof of their own Pedogate criminality.  After all, this is exactly why Pizzagate was blown wide open just before the 2016 presidential election. PIZZAGATE: Why it was exposed just before the 2016 election
As for the carefully hidden architects of the New World Order agenda, they are genetically hardwired to do whatever it takes to accomplish their utterly absurd and ill-fated goals.  Hence, a wholly manipulated civil war may break out in fits and spurts, but as the liberals slowly see that they are nothing but cannon fodder they will likely abandon the battlefield.  After all, they are real cowards at heart.  That’s why they’re called snowflakes; the utterly melt in the face of challenge and adversity.
Given this devolving scenario, any attempts to foist a One World Government onto the planetary civilization will fail dismally.  And gun rights will once again be viewed — WORLDWIDE — as both a necessary human right and legitimate civil right.
Finally, purple revolutionaries such as George Soros, Barack Obama, George Bush Sr. & Jr. , Hillary & Bill Clinton, Joe Biden, Robert Mueller, James Comey, John Podesta, John Brennan, James Clapper, Michael Hayden, Adam Schiff, Chuck Schumer, Nancy Pelosi, Maxine Waters, Michael Bloomberg, et al. can all be taken off the streets and securely incarcerated at GITMO.
State of the Nation
February 21, 2018
Editor’s Note
The vast majority of the Purple Revolution frontmen appear to be of a Talmudic, Ashkenazi, Khazarian, and/or Zionist ilk. And so many of them are.  The reality, however, is that these stone-cold traitors actually come from every race and religion, profession and political persuasion, gender and sexual orientation.  A great majority of them are deeply embedded in the LGBTQ movement just as there were many Khazarian “closet homosexuals” who comprised the Bolshevik leadership during the Russian Revolution.  That’s because cultural marxism functions as the central pillar of their political, social and economic strategy designed to tear apart the fabric of society in advance of civil war. See: How Cultural Marxism Was Used To Destroy America
___
http://stateofthenation2012.com/?p=94843