OUT OF MIND » CONSPIRACY THEORIES & ENDURING MYSTERIES » CONSPIRACY & FALSE FLAG EVENTS: PAST & PRESENT » Eerie New Facts About A UFO Researchers Death After Texting: “If Anything Happens To Me, Investigate”

Eerie New Facts About A UFO Researchers Death After Texting: “If Anything Happens To Me, Investigate”

Eerie New Facts About A UFO Researchers Death After Texting: “If Anything Happens To Me, Investigate” Tue Feb 27, 2018 12:32 am

Eerie New Facts About A UFO Researchers Death After Texting: “If Anything Happens To Me, Investigate”
Arjun WaliaFebruary 23, 2018 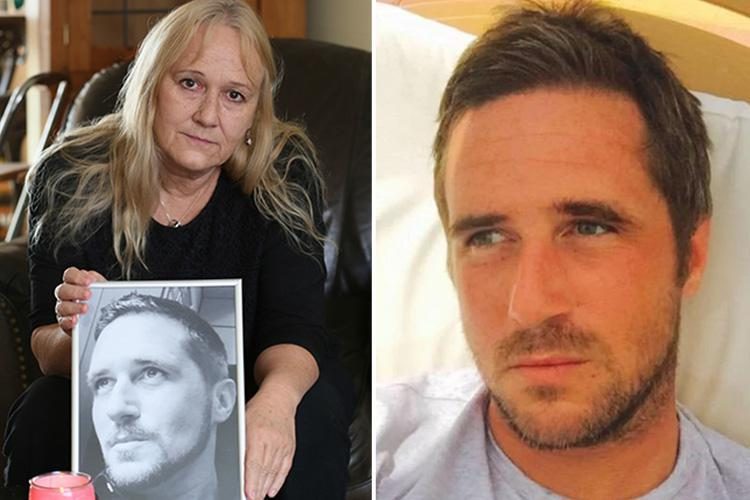 Will a person be silenced for sharing too much sensitive information? The answer to that question is a big yes, all you really have to do is take a look at what’s happened to well-known whistleblowers in recent years, like former NSA contractor Edward Snowden, who leaked even more details about their mass global surveillance program than those prior to him.
Just look at what he had to go through to leak that information, and is currently going through now. Thomas Drake and William Binney are some more great examples. It’s definitely a risky task to blow the whistle on sensitive information.
Surely there are far greater, more sensitive truths being withheld from the American public that are even more threatening to the control and power that these global elite have come to enjoy so much. We’re told that secrecy is for ‘national security’ purposes, but that seems to be far from the truth… These people can have their lives taken away, that’s how serious it is. I can’t imagine what a ‘whistleblower’ from the recent Pentagon UFO program the world recently learned about would have experienced if they were to speak publicly just a few years ago.
“The dangers of excessive and unwarranted concealment of pertinent facts, far outweigh the dangers that are cited to justify them. There is a very grave danger than an announced need for an increased need for security, will be seized upon by those anxious to expand it’s meaning to the very limits of censorship and concealment. That I do not tend to permit, so long as it’s in my control” – JFK
Related CE Article: Everything You Need To Know About The Black Budget
So, we know that sharing the truth isn’t always easy, and it’s usually countered with a lot of disinformation. Then we have ordinary citizens and researchers who also stumble across some very sensitive information. Sure, they may not be as big a threat as those who actually come from ‘within’ these various programs, but they are threats. Sometimes, in years prior, those who’ve held high-ranking positions who spoke of topics like UFOs, were allowed, in some cases, to do so freely, because this subject was ridiculed big time and it only made one look even more ridiculous.
Perhaps this was a strategy that was part of the disinformation campaign, referenced in 1960 by the head of the CIA (Roscoe Hillenkoetter) that was purposefully used to ridicule the subject while simultaneously keeping the reality of it a complete secret. (source)
Then we have individuals like Gary Mckinnon, and everyday citizen who performed the largest military computer hack of all time. Many of us saw the process he went through.
Max Spiers, however, is a different story. Considered by many to be a “conspiracy theorist,” Max touched upon topics that are definitely outside the box, but also have evidence of truth to them for those who are willing to investigate. Topics such as UFOs, mass elite level pedophile rings, the continuance of the MK ultra program, super soldiers, and much more.
Like many researchers in this field, he began to seem worried that his line of work was making him a target to those that do not want specific information known.
In a chilling text to his Mother, Vanessa Bates, days before his death, Spiers wrote:

“Your boy’s in trouble. If anything happens to me, investigate.”

Pretty weird, isn’t it? Now, if you look up Spiers and his work, and you’re already into the topics listed above, the information he was sharing should not come as a surprise. If you’re new to Spiers, and new to our site, you might think it’s completely ridiculous.
The fact remains, his death is a mystery and his loved ones have been searching for answers ever since.  Late last year, Vanessa Bates (his mother) made this post on her Facebook page,
“Whatever happened July 16th, we will get the bare facts, huge amount of work has made certain of that, especially by The Law Clinic, but what really happened, will remain forever with those who were present and what they choose to share. Bless you my darling Max.”

According to Max’s mother, when she received his computer along with his belongings after her son’s passing, every single file and folder on his computer had been deleted. We’re talking about an immense amount of work and research into the various fields mentioned above, gone forever. His mobile phone also had the SIM card removed from in.

His death was so strange and mysterious, and it was clear that something didn’t quite add up, so much so that the BBC covered it as well. In a documentary they put out, titled Fractured, Vanesssa shared her belief that there was information on those devices that “someone doesn’t want anybody to see.”

What does this mean? Who knows, but it is definitely strange to say the least.

He Vomited A Strange, Dark Black Liquid Right Before His Death

According to the doctor who attempted to revive spears on the scene, he had vomited a “dark brown liquid.”  This was also mentioned multiple times by his mother in several interviews, stating that Monika Duval, who was the girlfriend of Spiers at the time of his death, as well as another researcher/speaker in the same field, told her the same. Vanessa has also mentioned that he was suffering from an intense fever in the final 24 hours of his life.

The more you look into this death, the weirder it gets, and Max’s mother has been going through the same thing trying to investigate since he passed. A great place to start is with an interview of his mom, they’re all over youtube.

High ranking child abuse pedophilia rings may sound like something hard to believe, but unfortunately, it’s a reality. It was only last year when an NBC news report surfaced accusing Hillary Clinton and the state department for covering up an elite pedophile ring.
Here is a great little video of Ted Gunderson, former FBI special agent and head of their L.A. office, worked to uncover and expose these horrors before he died. A simple YouTube search of his name will show you what exactly he spent his last years researching (source). Here’s one of his last lectures.
Prior to his death, Spiers was doing a lot of research in this area and claimed to have information that would expose some well-known names.
This area is full of credible evidence, to dismiss it without examining it for yourself would be very ignorant.

Spiers’ mother obtained a picture that was taken of him in the Morgue. This was also brought up by the BBC documentary, and although it was not shown in the documentary, it was described.

A red mark was present on his forehead, like a burn mark, approximately the size of a fingerprint. The documentary also brought light to the fact that there was no mention of this in the medical reports, and his various facts were omitted.

Perhaps the mark appeared after his death? Who knows?

There is A LOT more to this story, and a lot more to Spiers than what’s presented in this article. Many considered him to be very credible, and an actual authentic whistle-blower, although some of what he spoke of and his experiences in certain mind control programs could not be verified, they did make sense.
As the ]US Supreme Court brought to light in 1985, MK ultra consisted of 162 different secret projects that were indirectly financed by the CIA, and contracted out to several universities, research foundations and similar institutions.” The majority of the MK Ultra records were actually destroyed, and have never been seen. Perhaps he was telling the truth?
The mysterious death still doesn’t make sense. Whether or not his death makes his claims more authentic or not, who really knows? That being said, a lot of subjects he chose to tackle, once you go through it all, do some independent research and use your critical thinking skills, are, in my opinion, very real realities.
We are living in a time where this information is coming to light, especially with the humongous rise in awareness that’s been created by alternative media outlets. The amount of credible sources that have been dished out into the public domain is quite encouraging, who would have thought that elite level pedophilia would be a topic of discussion within the mainstream? Who would have thought that we would finally have official “UFO disclosure” like we did at the end of 2017?
Brushing people like Spiers off and paying no attention to this type of thing, has been happening for years, when they do indeed deserve more attention.
The only concerning thing is, these alternative media outlets are and have been bringing a tremendous amount of awareness on topics that the global elite doesn’t approve of. Sites like Collective Evolution have garnered over 1-billion views, but this has all changed when Donald Trump won the election, and virtually everything that didn’t come from mainstream media was deemed as “fake news.”
These new media outlets, that are not controlled by the “1 percent,” and as a result of social media algorithm changes, have experienced an extreme dramatic decline in views and site hits, all because content is now being hidden and suppressed.
People have had their choice as to what they wish to see taken away from them, and we now have authority figures making those decisions for us.
It’s all very interesting, and we are definitely living through exciting times, where revelations are being made that have the power to help further move along the current mass shift in consciousness the planet is currently experiencing.
Max wanted all of us to investigate his death if anything strange happened, and it did. His death, no doubt, has definitely served the ‘truth’ community with regards to bringing information to light that many people still ridicule. But Max wasn’t stupid, he dedicated his life to this work, as many of us here at Collective Evolution do, and he did it from the heart. I do not believe there was any deception or misinformation coming from Max, do you? But who really knows.

OUT OF MIND » CONSPIRACY THEORIES & ENDURING MYSTERIES » CONSPIRACY & FALSE FLAG EVENTS: PAST & PRESENT » Eerie New Facts About A UFO Researchers Death After Texting: “If Anything Happens To Me, Investigate”