OUT OF MIND » TRUTH IN CONSPIRACY THEORIES? » PREDICTIVE PROGRAMMING » Disclosure: Can You Handle It?

Disclosure: Can You Handle It? 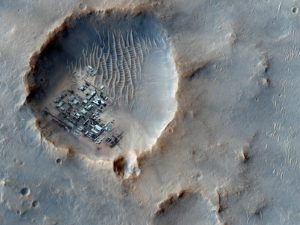 Many of us created our own disclosure by searching and re-searching for answers. On the Internet, you can find almost anything you want to know.
Some don’t want to know, and if you try to tell them what they don’t want to know, they’re dismissive, say you have radical beliefs, you’re a conspiracy theorist, tell you they don’t believe it, or get angry and walk away.
When Jackie Gleason asked, “Do you wanna go to the moon, Alice?”, it wasn’t such a stretch.
In 1961 Eisenhower warned of the “military industrial complex” and few seemed to take the threat seriously. Now we know what they’ve been up to all this time.
For those who really do want to know the truth, there are people willing to share their knowledge and experience; people like Elena Kapulnik who were assets of the secret space programs and are now having flashbacks of their lives on Mars.
For those not aware, they usually conscript or mislead recruits into the program, use their skills for twenty years or so, and then return them to Earth with a mind-wipe and through age regression put them at the age where they would normally be in Earth years. There are many negative side-effects to this practice you will learn about at some point. It’s not Humane.
Elena, who also goes by Ileana, tells us that the new series available on Netflix called, “Altered Carbon” is shockingly accurate in its portrayal of much of the activities of the ICC ( Interplanetary Corporate Conglomerate) for whom Elena worked. She is blown away by the images and the outright disclosure disguised as entertainment.
She calls it “soft disclosure” because no one in an official capacity has come out and publicly stated it, but it’s intense. If you can handle the truth, check out her review of the technologies, capabilities, scientific advancements, biology, neuroscience, ethics and standard practices of the corporations operating off-world who answer to no one.
The People’s tax dollars were funneled into these “black projects” for decades, and it’s about to come into the public eye. How will you feel about it when it does?
Thank you, Elena, for telling your Truth. Some of us want and need to know, but everyone deserves to know.  ~ BP
Part One

OUT OF MIND » TRUTH IN CONSPIRACY THEORIES? » PREDICTIVE PROGRAMMING » Disclosure: Can You Handle It?