“This will forever transform the way we approach offshore archaeology.”
An ancestral burial site belonging to native America culture has been found under the ocean near Key Manasota (Manasota Key Offshore, MKO), on the west coast of the Florida peninsula, local secretary of state Ken Detzner recently announced.
The research carried out so far shows that during the Early Archaic Period, when the sea level was much lower than at present, the area where the Cay is located was not submerged and there was a small freshwater lake where the ancient Floridians buried their deceased.
The site near the community of Venice was first discovered by an amateur diver in June 2016, who reported the find to the Archaeological Research Office (BAR) pointing towards the existence of possible human remains in the area. 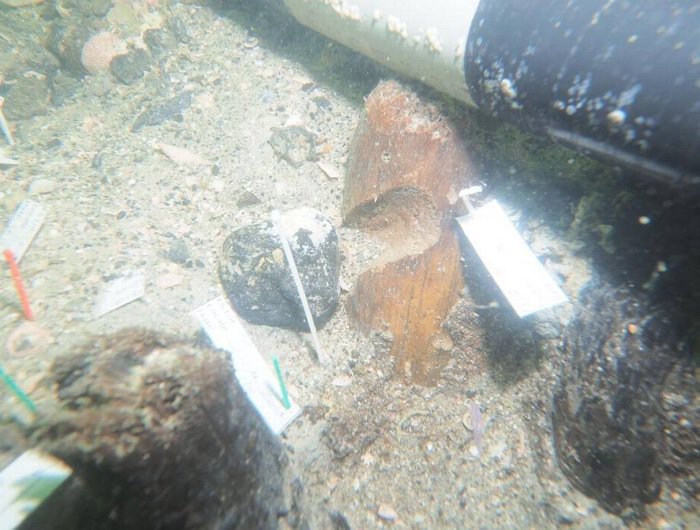 A carved wooden stake discovered by divers. Image Credit: Ivor Mollema/Florida Department of State
As it is illegal to excavate any site where there are burials, underwater archaeologists had to use other techniques and tools. Experts used sonar and magnetometers for their research and, after a year and a half, they are finally able to claim that the area, with less than an acre of extension (around of 4 thousand square meters), was firm land not covered by the sea during the Early Archaic Period.
Florida Secretary of State Ken Detzner said in a statement that the archaeological site called MKO is located on the continental shelf, off the west coast of the state, in what was once a freshwater lake, when sea levers where much lower than at present.
As the sea level rose, that lake was submerged by the waters of the Gulf of Mexico and covered by material known as “peat.” This is a brown material consisting of partly decomposed vegetable matter forming a deposit on acidic, boggy, ground; This peat remained intact in the seabed, which helped preserve the ancient remains. 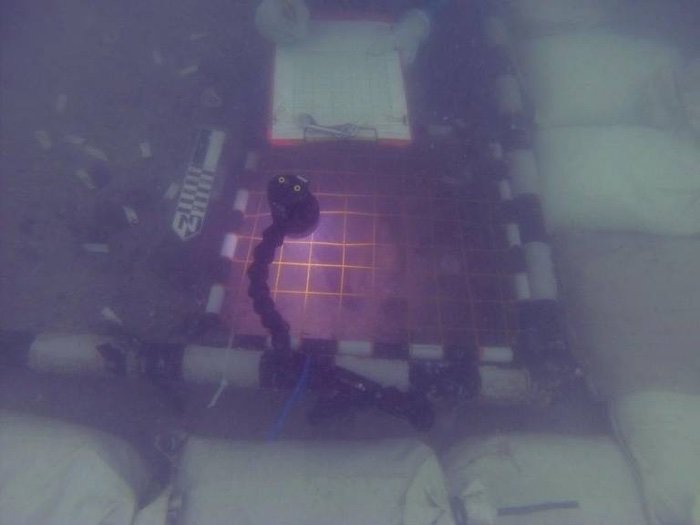 Underwater archaeologists mapped the entire site. Image Credit: Ivor Mollema/Florida Department of State
According to Detzner, BAR archaeologists have done “an incredible work of documentation and research that can help understand the native peoples better.”
The Secretary of State stressed that “out of respect for the individuals buried there and their possible alive descendants,” divers and other persons are prohibited from accessing the site, already protected by the laws of Florida and controlled by representatives of the forces of order that perform frequent patrols.
Timothy Parsons, director of the Historical Resources Division of the State Department, said that the MKO deposit is “a revelation for the world of archeology.”
Ryan Duggins, supervisor of underwater archeology at the BAR, considered “inspiring” the fact that found a submerged field under the Gulf of Mexico “so well preserved.” 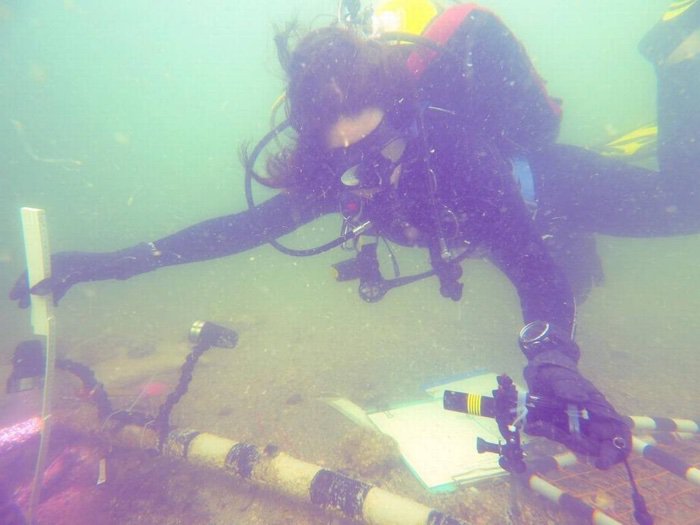 “This will forever change the way we approach offshore archaeology.” Image Credit: Ivor Mollema/Florida Department of State
“We now know that this type of site exists on the continental shelf,” said Duggins.
On behalf of the Seminole people, Paul Backhouse, head of tribal historical conservation, expressed his satisfaction at being able to elaborate a plan with other institutions that will “allow the ancestors to continue resting in peace without human interference for the next 7 thousand years.”
“We are truly humbled by this experience,” Duggins explained in a statement.
“It is important to remember that this is a burial site and must be treated with the utmost respect.”