» The end of fluoridation is in sight

» How All Presidents Are Related To King John

» Measles Vaccination and Autism: The Inexcusable Suppression of a Long Documented Link

» Preparations for extenders are energized with Light

» Inside the Wicked Saga of Jeffrey Epstein: the arrest of Ghislaine Maxwell

Yesterday at 11:45 pm by RamblerNash

Yesterday at 8:56 pm by PurpleSkyz

Yesterday at 5:05 pm by PurpleSkyz

Yesterday at 1:05 pm by PurpleSkyz

Yesterday at 12:59 pm by PurpleSkyz

OUT OF MIND » PERCEPTUAL AWARENESS » THE SHIFT IN CONSCIOUSNESS » Tarpits, Honeypots and Venus Fly Traps

This is a very strange time. All around us the spring crispness of
change is occuring. Structures, institutions and energies of oppression
crumble and disappate. Amazing pieces of information are flooding into
our consciousness from so many different sources about what lies ahead.
We've come a long ways actually, we no longer puzzle of what, we
pretty much know that. We are also learning the how. The when we do not
know, nor do we know the pace of the change.

We get frustrated because we know we are surrounded by such a great
cloud of witnesses. Galactics, interdimensionals, angelics, Elohim, the
Crystallines, Gaia, Mother/Father Creator. The Solar system is chock a
block with craft. Krulian cruisers doing what ever they do with their
planetary sized craft moving in and out of the Sun. We even have those
who really don't care what happens to us, this is after all not their
fight, but they are watching. Curiousity has brought everyone it seems.

A careful reading of various channelings over the years show that even
the Galactics are astounded by by the cabal. No wonder too. It is
ill-logical to choose to go down in flames and attempt to take everyone
else with them than give up control and power. But this is a human
condition, and we humans understand that kind of villian. Our movies
are full of gunslingers who go down in a hail of bullets. We even mark
them in our history, Dillinger, Billie the Kid, Bonnie and Clyde, Adolph
Hilter. Cameras recorded Mussolini dragged through the streets by
Italians. Il Duce became Il Pulverem. There is historical precedence
for this our Galactic friends! This misguided insistence of strong
willed brilliantly deceptive minds to engineer their own destruction, is
because they are afraid of facing who they are. They are afraid of
love. They are afraid of their own inhumanity and what they'd do to
themselves if they were their victims. When you live from lies you lie
even to yourself. They spiral away from truth and love. Some may even
spiral their way out of existence forever. 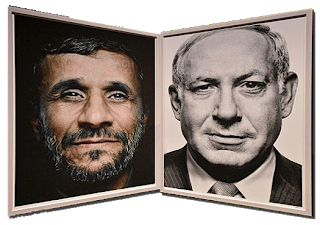 We're pushed forward by the current of the collapsing duality time wave
to our new humanity, our crystalline tesseract DNA that begets a new
species of human. Homo Sapien Unum, and yet we find our feet sticking
to the past. And it hurts to let go. It even hurts to let go of pain
because that means we have to let go of judgment, being a victim and
retribution. None of that baggage gets on the train to where we are
going. Travel light, and bring your light.

Venus fly traps for the ego engineered by one cabal minion or another
for light workers, great visionaries and peacemakers. Will it be pride?
Will it be our desire to defend the illusionary ego? More people are
sunk by their hurt feelings than by the errors. What is the ego anyway?
A mask to scare people away from knowing who we are. We are
manifestations of the Creator. That's nothing to shrink from. We have
the best linage of all.

These wizards of public mass mis-perception are blissfully ignorant of
the venus fly trap of no-time they themselves sink into with each new
planted story, tarnished reputation, darkened deed of their numerous
minion proxies and outright murder. The system is a lie so they seek to
crush truth and reinforce he lie. We are not fallen from the grace of
God. We are not foresaken by God. We have nothing to fear when this
body dies, for we go on. I know that personally.

We search for information and guidance (we forget the internal one) and
we find what we think is sweet, but it too wants to trap our hand in the
honey pot. Everywhere we move are tarpits of things we cling to,
honeypots of duality. Its easy to put your hand in it than to get it
out. Sometimes we need to call on higher help to free us. They are
there, you need only ask. 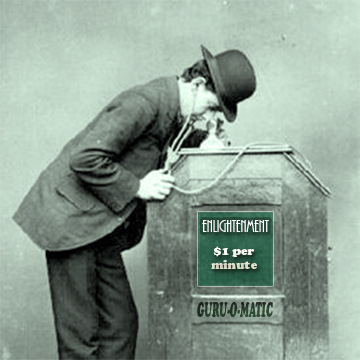 Movie stars are built up and torn down by the same media machine.
Hollywood has learned how securitize and monetize human reputations
happiness and misery. TMZ, Access Hollwood, Entertainment Tonight. And
it only works because we slurp up that slime. Making money on misery.

Banking learned it long ago. American's can't refinance homes because
they all have bad credit ratings. The greedy banks made it difficult to
file chapter seven for high income earners so the economy never sheds
it debt and small business tanks. They broke the business cycle they
created. Now its frozen. And the bankers can't figure out why nobody is
borrowing money. Bernanke dumps more money into the banking system and
it just bleeds out into the commodity markets. Gold goes up. Oil goes
up. Food goes up. And our idiot economists exclude food and fuel from
their inflation figures? What fantasy land are they living in? Oh yeah
the one with VIP VISA cards that always clear while the rest of the
poor slobs get turned down erroneously for a ham sandwich. Corruption
comes in many forms. For decades the airlines have given free airline
passes to Congressmen. Banking systems and Airlines flag VIPs. Pan AM
flight 103 knew it was in danger. They unloaded the VIPs and boarded
standby students. The students ended up scattered across Lockerbie
Scotland. They didn't tell you that on the news. Now London's Heathrow
is going to let the rich bypass the immigration and security checks the
rest of the British public must endure. The class system is back and
you ain't in it!

Credit ratings are a marvelous invention, loosely modeled on the
erroneous Christian concept of God as the sin bean counter in the sky,
the pyramid cyclops money god collects and retains each and every
financial sin. There is no mercy with these ersatz gods, only
retribution. Its a system for sorting compliant slaves from
non-compliant ones. Its jailhouse privledges from the warden. What it
really is a means to serve up the highest retail interest rates for the
largest number of people. There's no incentive for correct information -
sorry Bud, that's your task to clean up those credit errors. But it
will take you months to do it. If you pay more because of them in the
meantime that's to the banking systems advantage. They don't want it
accurate or even fair. Can you really say Wall Street firms who
cratered the economy are better credit risks than the man on the street?
Who is the freeloader in the economy? Who are the ones demanding
entitlements Mr Romney? Wall Street gets its money for free from the
FED. The man on the street pays 23% interest on his credit card to buy a
set of tires for his old car. Corporations do not operate under the
same credit reporting system real people do.

And FICO scores? The system that makes those who are truly financially
prudent less credit worthy! Go figure! Not even Dave Ramsey can figure
that one out! Nobody can tell you how that algorthim works. Its a
trade secret. Just try and figure out what you must do to get the
highest score. "Trust us, your not worthy of our favor".

Intellectual property laws have long passed their sell by date. They're
not intellectual, don't benefit Intellectuals. They call them digital
rights, their rights not yours! They've become a means for corporations
to suck up the hard work of individuals, musicians, artists,
programmers, engineers and limit innovation and competetion. Coopt the
bright and brilliant and tell them their special but always not quite as
special as those with secret handshakes and the right pedigree of
hemophiliac troubled relatives. Pure genes my ass. They could use some
wild DNA from the rest of the planet. Some genes with empathy and
compassion in them. That sociopathic gene pool needs serious dilution.
That might have happened if they had let their children marry for love
rather than position and power.

The cabal was never about free enterprise, it was always about
monopolies and control. Its centralized planning. For their benefit
not yours. For decades they hid their control through linked
directorships, holding companies, crosss shareholdings among
corporations and investment houses, but computers and software now can
track that all. We know who they are and where they live. We know
their plans, methods and goals. They no longer even put on the pretense
of decency up anymore. They know the gig is up.

Its easy to get caught up in the heaviness of the truth of our
situation. Our energy has powered our oppressors both spiritually and
phyiscally. That is a heavy thing to come to grips with. Its enough to
make one head for the Paxil or the bottle of Jack Daniels. But there is
another way to look at it. None of this could have happeend without us.
I am not speaking of blame here, although you could argue we've all
had our role in darkness either in this life or previous one. Not one of
us has escaped that. No sensing pointing fingers as we all did it.
But look the basic thing going on. OUR ENERGY. That says something
about us doesn't it? It says just how poweful we are! They are not the
power plant of this, WE ARE! We need only to change where we direct
that power. Whether its our finances, labor, pain, our vengence, or
anger, our hatred or murder, has fueled this planetary squid that wraps
its tentacles around Gaia. We are connected to source and that's why
these beings who have shut down their connection to source use us for
sustenance.They are nothing without us.

Humanity has surived because we can and do bring light to darkness. Its
this ability that makes humanity truly special. This is the ability is
present in our very DNA and it soon going to rotate its structure into
the crystalline DNA of the ascended human. This DNA is a tesseract, its
multidimensional, its filled with portals and portals connect
dimensions and bring light into dimensions and we've got this tesseracts
in every cell in our body. I was told recently that scientists have
found the mass of the proton is equal to the mass of the entire
universe. Kind of mind boggling isn't it? How can that be? Its not
possible in 3D thinking. Yet the math proves it. Its true because
everything is ONE. Even the little proton in ONE. We are going to be
completely surprised who we are when this event happens!

OUT OF MIND » PERCEPTUAL AWARENESS » THE SHIFT IN CONSCIOUSNESS » Tarpits, Honeypots and Venus Fly Traps