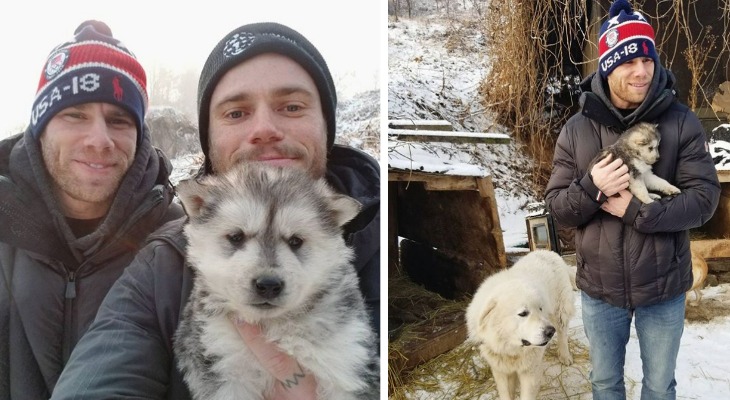 If you still don’t know what you want to be when you grow up, aspire to be like Gus Kenworthy. In addition to being an American freestyle skier, the 26-year-old is an animal lover. He proved this to the world recently, when he and his boyfriend, Matt, rescued 90 dogs from a dog meat farm in South Korea.

On February 23, Kenworthy uploaded a photo to Instagram along with the caption:
“This morning Matt and I had a heart-wrenching visit to one of the 17,000 dog farms here in South Korea. Across the country there are 2.5 million dogs being raised for food in some of the most disturbing conditions imaginable.” 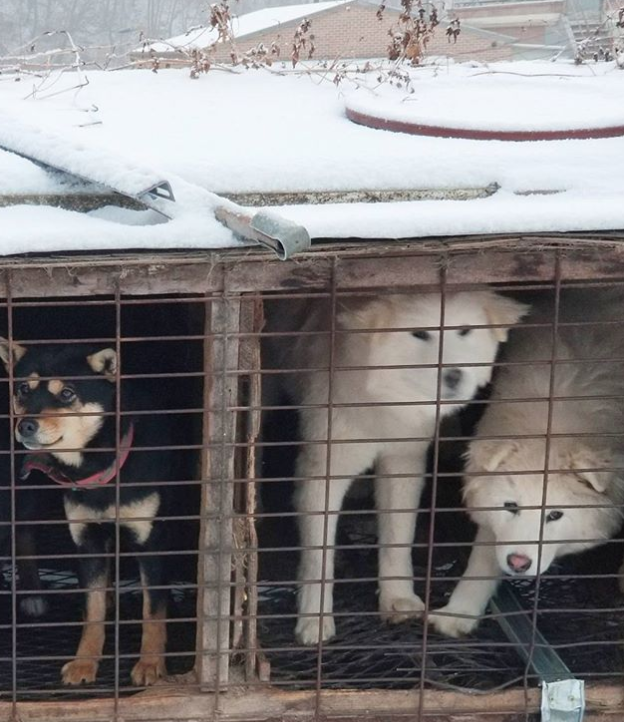 Credit: Gus Kenworthy
Though he admitted that eating dogs is part of Korean culture, Kenworthy urged consumers to recognize cruelty where it exists. He wrote,
“Yes, there is an argument to be made that eating dogs is a part of Korean culture. And, while don’t personally agree with it, I do agree that it’s not my place to impose western ideals on the people here. The way these animals are being treated, however, is completely inhumane and culture should never be a scapegoat for cruelty.” 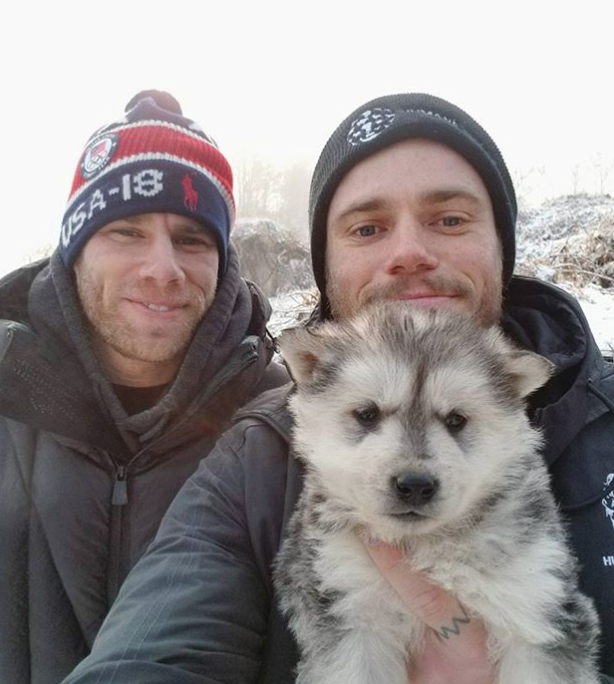 Credit: Gus Kenworthy
When Kenworthy talked to the owners of the dog farm, he was told the canines were kept in “good conditions” — compared to other farms, at least. He disagreed, however.
“The dogs here are malnourished and physically abused, crammed into tiny wire-floored pens, and exposed to the freezing winter elements and scorching summer conditions,” wrote the Olympic skier.
He continued, “When it comes time to put one down it is done so in front of the other dogs by means of electrocution sometimes taking up to 20 agonizing minutes. Despite the beliefs of some, these dogs are no different from the ones we call pets back home. Some of them were even pets at one time and were stolen or found and sold into the dog meat trade.” 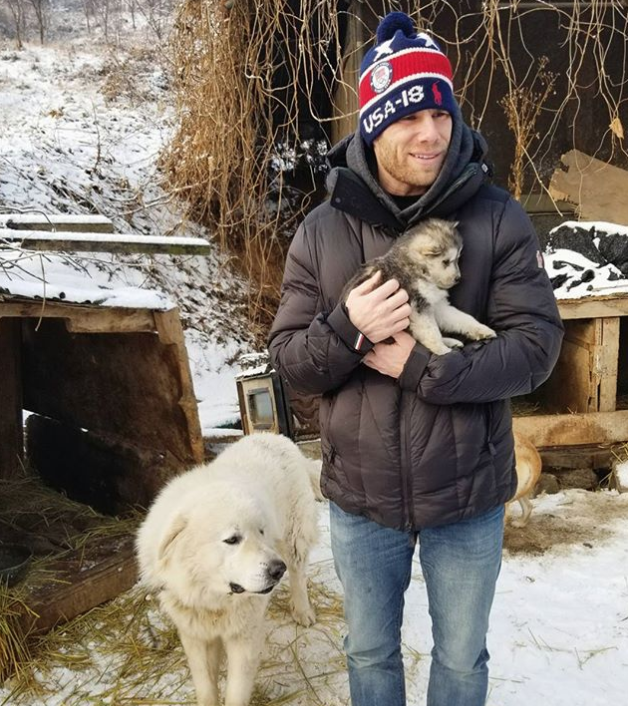 Credit: Gus Kenworthy
Fortunately, the dogs at the particular farm will be rescued. Thanks to the farmer’s cooperation and the folks with Humane Society International, all 90 dogs will be transported to the US and Canada where they will be adopted into furrever homes.
As for the dog in the first picture, she will be adopted by the power couple.
“I adopted the sweet baby in the first pic (we named her Beemo) and she’ll be coming to the US to live with me as soon as she’s through with her vaccinations in a short couple of weeks. I cannot wait to give her the best life possible! There are still millions of dogs here in need of help though (like the Great Pyrenees in the 2nd pic who was truly the sweetest dog ever),” wrote Kenworthy. 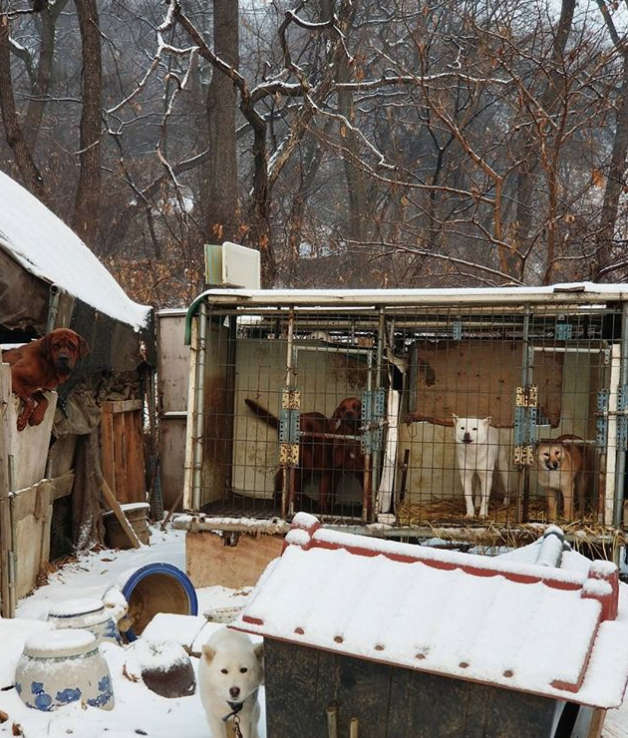 Credit: Gus Kenworthy
“I’m hoping to use this visit as an opportunity to raise awareness to the inhumanity of the dog meat trade and the plight of dogs everywhere, including back home in the US where millions of dogs are in need of loving homes!” 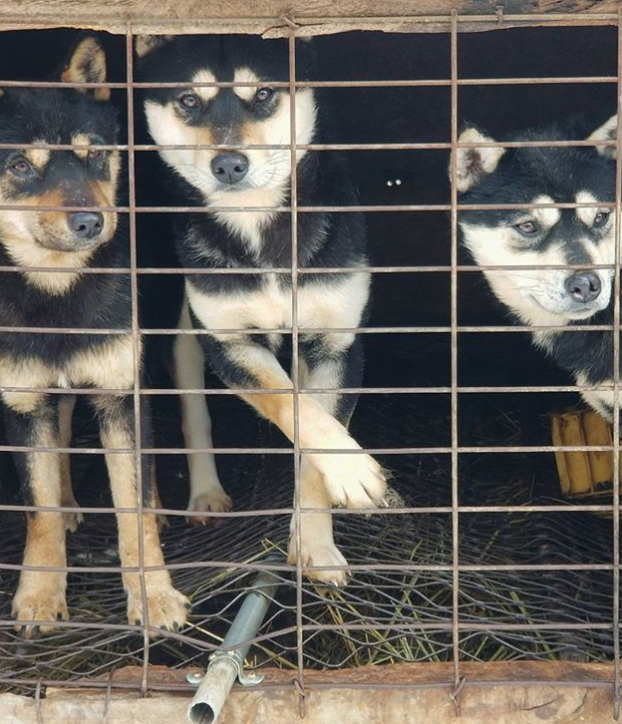 Credit: Gus Kenworthy
The American freestyle skier’s post has been liked over 200,000 times, proving that one person (or, in this case, two) can make a positive impact in the world. If you like this story, please share it to raise awareness and comment your thoughts below!