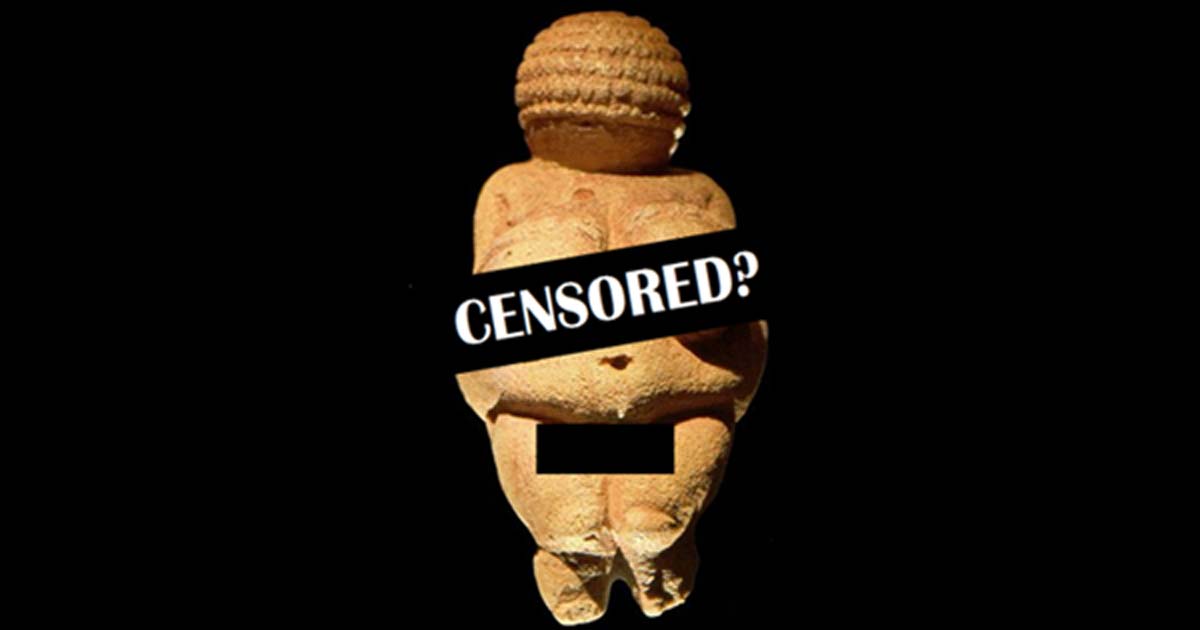 A 30,000-year-old carving of a voluptuous naked woman known as the “Venus of Willendorf” statuette, has been censored by Facebook as “dangerous pornography”.

Discovered in the early 20th century near the Austrian village of Willendorf this prized ancient artifact is the holy grail of prehistoric art, but now, it’s been censored by Facebook as “dangerous pornography” messaged Laura Ghianda, the user of the banned image, reported the Daily Mail .
Yes, you did read that right, and I will patiently wait for you to finish your facepalm!
Director general of the Natural History Museum in Vienna, Christian Koeberl, told reporters in a statement that the 4-inch statue from the early stone age “is the icon of the Museum” and he went so far as to say it was “the most popular and best-known prehistoric representation of a woman worldwide,” according to a report in the Daily Mail . 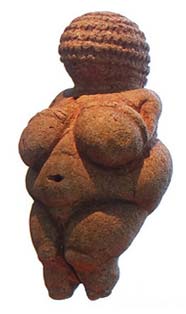 Female nude, Venus of Willendorf 22000 – 24000 BC, is the pride of the Naturhistorisches Museum in Vienna. Image: S. Zucker ( CC BY-NC-SA 2.0 )
The censorship fiasco began late last December when Italian arts activist Laura Ghianda posted a picture of the Venus of Willendorf on Facebook. She was delighted to see the post going viral and then it vanished like it didn’t exist. Speaking of how she felt when her post was censored for being "dangerously pornographic” Ghianda said “The war on human culture and modern intellectualism will not be tolerated.”
Supporting Ghianda's disgust at Facebook, staff at The Natural History Museum also voiced their outrage and according to the Daily Mail, they said in a statement: “We think that an archaeological object, especially such an iconic one, should not be banned from Facebook because of "nudity", as no artwork should be.”

The iconic artifact was banned due to nudity. Image: S. Zucker ( CC BY-NC-SA 2.0 )
Are we really to think that after 30,000 years of nudity, this rare and priceless prehistoric fertility symbol is censored as dangerous porn. Has our culture regressed to such a shockingly low level that there are actually humans out there who need to be protected from clay figurines? Surely this was the call of an algorithm and not a human being with the godlike powers to flick out of existence anything he or she disagrees with? In reality, it was an algorithm that shunned the post and a team of demigods who buried it.
Recently leaked documents on how Facebook deals with “violent, explicit and harassing content” were  published in the Guardian and exposed the challenges faced by the social network in policing nearly 2 billion users. The Guardian’s report illustrated how ‘stressful and fast-paced” the environment is for content moderators at Facebook. “They often only have 10 seconds to review something, and the guidelines that govern what is acceptable on the site are not always consistent.”
This is all well and good Mr Zuckerberg, but what is really weird here is that although a super stressed 20-something year old initially banned the post as “dangerous pornography,” a simple button press could have reversed that decision. Because no such reversal was taken, we now know that in a Californian think tank somewhere in Facebook’s HQ, someone decided the “Venus of Willendorf” was indeed “dangerously pornographic.” The nude was categorized as ‘dangerously pornographic’ by the Facebook censoring system. Imagre: S. Zucker ( CC BY-NC-SA 2.0 )
Facebook is increasingly being criticized for its censorship values and its double standards are seen no clearer in that only weeks before the banned post the museum made a really gritty post entitled “Stone Age pornography.” And not a chirp from Facebook’s axmen! And, what’s more, right on Facebook’s doorstep in San Francisco, for the 2010 iteration of Burning Man festival artist Marco Cochrane built the famous 7,000-pound naked Bliss Dance sculpture which was installed on Treasure Island in May 2011 at the behest of the city of San Francisco. This figure has drawn countless millions of visitors and Facebook is full of pictures of this piece of modern art.
If you open Facebook and search “Bliss Dance sculpture” you will see thousands of photographs of a massive dancing naked woman with graphically defined beasts and nipples, a sad fact which might mean Ghianda was right when she suggested Facebook were in a “war on human culture and modern intellectualism”.