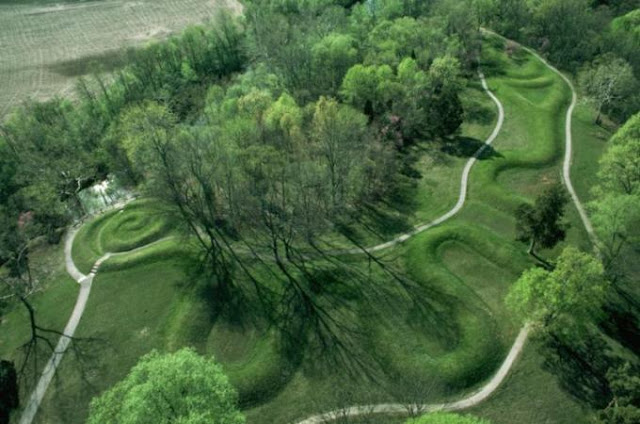 (Micah Hanks) The phenomenon known today as “mystery booms,” involving loud explosive noises of seemingly unexplained origin have been documented around the world for centuries. The noises are often likened to loud thunder, or more simply “booms” or explosions, with many competing theories about their origins.

by Micah Hanks, February 21st, 2018
Beginning toward the end of 2014, there was a notable increase in media coverage of these unusual noises (if not the occurrences of the sounds themselves), although existing scientific literature supports the clear presence of the so-called “mystery booms” much earlier. Documented by researchers the likes of David P. Hill, Scientist Emeritus with the U.S. Geological Survey, and the American physicist William R. Corliss, a variety of factors ranging from seismic phenomena, to atmospheric conditions that may allow recognizable noises (such as controlled explosions at munitions facilities) to be carried across unusual distances have been offered as possible sources.

I’ll never forget my one and only experience with a mystery boom, which occurred at a rather novel location: Ohio’s Serpent Mound in in Adams County, Ohio. First, a bit of background: the earthwork in question is located on a clifftop overlooking Brush Creek, the mound is regarded as the largest serpent effigy mound anywhere in the world, although similar, and seemingly unrelated structures exist in parts of Europe and other locales.

The likely builders of Serpent Mound (no, sorry… they weren’t Ancient Aliens) were the Fort Ancient culture, although recent radiocarbon dating carried out with samples from the site suggests the possibility that an earlier group–most likely the Adena culture–could also have built it. According to Dr. Brad Lepper of the Ohio History Connection, it remains likely that the Fort Ancient culture had been the builders, since there is cultural context upon which an association can be made between this later culture and the prevalence of snakes in their mythology, unlike the Adena (an interview with Dr. Lepper where he discusses this, and other attributes concerning Serpent Mound, can be found here).

Last October, a group of friends and I, collectively operating as the Seven Ages Research Associates, traveled together to visit Serpent Mound. We arrived under balmy conditions, and fall color had begun to extend across the branches of the trees that lined the parking lot, as we pulled up adjacent to the mound. We stepped out of the vehicle and began to unload our cameras and other gear from the back of my car, when the three of us–Jason Pentrail, an environmental scientist; James Waldo, a professional geologist, and myself–were struck by the sound of a massive explosion, which seemingly came from an unseen source nearby.


“What in the hell was that,” James exclaimed. Having served with the U.S. Army under active duty and as a reservist for nearly three decades, James held a variety of positions in the field of communications and as a combat engineer, ultimately retiring at the rank of Major. In essence, during his years in combat, James had heard his fair share of explosions.

“That sounded like artillery,” Jason added, also no stranger to controlled demolitions and explosions, having a background in environmental science. Both of my companions agreed that the source of the noise was most similar to a form of artillery; in the moments following the blast, which could be felt in our midsections as it pulsed through the valley, I was reminded immediately of the sound of cannon fire, which often accompanies Civil War and other historical reenactments.

As startling as the experience had been, we nearly forgot that it happened at all since the next hour was spent surveying and photographing one of the most impressive Native American monuments in the region, if not the world. The fact that a “mystery boom” had rattled us was quickly upstaged by our fascination with the mound; why had it been built, and what was its significance? Had it been designed to commemorate an ancient eclipse? There are, after all, celestial components to the site that are recognized by archaeologists, which concern the alignment between the snake’s open mouth and the setting of the sun on the day of the Summer Solstice. Or, more simply, had it been a representation of a creation myth, as recent evidence may suggest?

It was only days later that I was reminded of the strange sound that accompanied our visit, when I came across ProPublica’s “Bombs in Your Backyard” page, which features a number of low, medium, and high-risk chemical and explosive sites throughout the United States. The closest of these to Serpent Mound is the Camp Sherman Artillery Range, located about an hour away in Chillicothe, Ohio. Would the sound we heard have carried this far–a distance of approximately 40 miles, as the crow flies?

Part of a training operation being carried out at Camp Sherman, near Chillicothe, Ohio.
It’s certainly possible. Going as far back as 1874, English researcher John Tyndall recounted that in a letter from R.G.H. Kean, who had observed the Battle of Gaines’s Mill during the American Civil War, Kean had marveled at how sounds of gunfire on a nearby battleground was inaudible, despite reports of loud noise from artillery heard more than 100 miles away:

“I distinctly saw the musket-fire of both lines… I saw batteries of artillery on both sides come into action and fire rapidly. Yet looking for near two hours, from about 5 to 7 P.M. on a midsummer afternoon, at a battle in which at least 50,000 men were actually engaged, and doubtless at least 100 pieces of field-artillery… not a single sound of the battle was audible to General Randolph and myself. [However, the] cannonade of that very battle was distinctly heard at Amherst Court-house, 100 miles west of Richmond, as I have been most credibly informed.”


The report was found by Thomas B. Gabrielson of Pennsylvania State University’s Applied Research Laboratory, and featured in his 2015 paper, “[url=http://flyquietoak.com/_source/pdf/Tab 4g PDF links/General_National/Refraction of Sound in the Atmosphere_2006.pdf]Refraction of Sound in the Atmosphere[/url],” which explored the conditions under which loud sounds can be carried across great distances under proper atmospheric conditions.

As far as the true source of the noise we heard at Serpent Mound in October 2017, it’s anyone’s guess. If I were a betting man, my money would go on the relative nearness of the Camp Sherman site, although plenty of other causes might be worthy of considering, ranging from those seismic in nature, to different varieties of atmospheric phenomenon that could cause such a thing (or, as I had suggested earlier, perhaps there really was some kind of reenactment occurring nearby that afternoon, of which my company and I had remained unaware).

However, one thing certainly remains, and regardless of the ultimate cause of the noise: to experience a “mystery boom” at an already intriguing location such as this certainly made for a memorable experience while exploring the marvels of our world.


Micah Hanks is a writer, podcaster, and researcher whose interests cover a variety of subjects. His areas of focus include history, science, philosophy, current events, cultural studies, technology, unexplained phenomena, and ways the future of humankind may be influenced by science and innovation in the coming decades. In addition to writing, Micah hosts the Middle Theory and Gralien Report podcasts.