Physicist Stephen Hawking dies at the age of 76 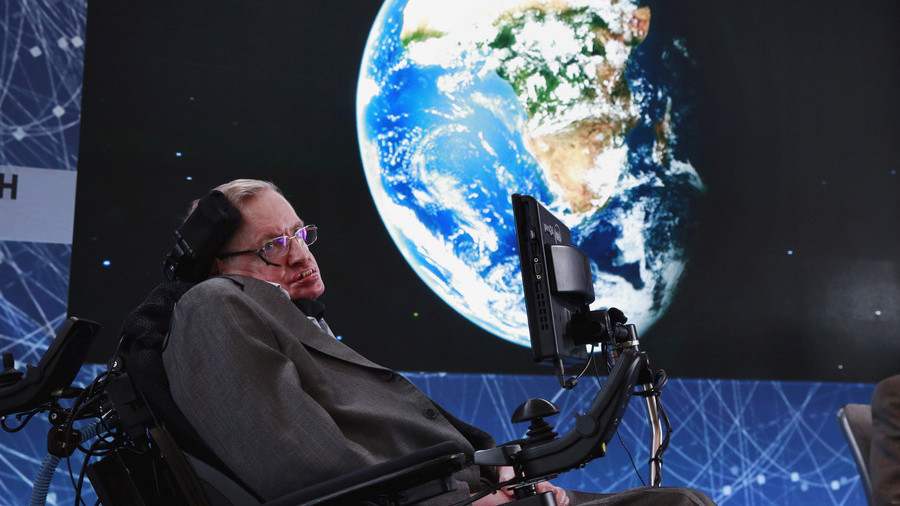 Renowned British scientist Stephen Hawking, known for his breakthrough ideas in theoretical physics and space research, has died at the age of 76, his family says.
"We are deeply saddened that our beloved father passed away today. He was a great scientist and an extraordinary man whose work and legacy will live on for many years," Hawking's children Lucy, Robert and Tim said in a statement.
The world-famous astrophysicist had been battling amyotrophic lateral sclerosis (ALS), a debilitating neurological condition, for over half a century.
Read more 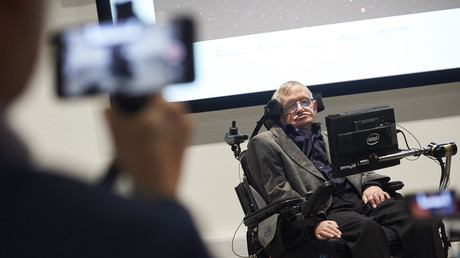 Big load of nothing: Stephen Hawking describes what came before the universe (VIDEO)
Born in 1942 in Oxford, Hawking was one of four children and the eldest son of Frank and Isobel Hawking, both Oxford University graduates. His mother once said that her son was always adamant in pursuing a career in theoretical astronomy. “Stephen always had a strong sense of wonder, and I could see that the stars would draw him,” she once said.
At the age of 20, he graduated with first-class honors in natural science at Oxford's University College and shortly after began his graduate work in cosmology at Trinity Hall, Cambridge.
Diagnosed with the slow-progressing disease at the age of 21, Hawking was given a mere two years to live. But beating all the odds, he built a remarkable career as a theoretical physicist and cosmologist, popularizing science with his best-selling book, 'A Brief History of Time.'
Hawking believed in the colonization of Mars, arguing that the Earth is “becoming too small for us” and will soon be unable to sustain human life. He said people will eventually master space travel beyond the Solar System, and even this generation could manage to send a probe to Alpha Centauri, the nearest star system to Earth.
Despite having multiple health problems and being almost completely paralyzed, Hawkins, who had studied black holes and theories of gravity throughout his life, did not give up on his dream to travel in space.
“My three children have brought me great joy – and I can tell you what will make me happy, to travel in space,” he said in March last year after billionaire Richard Branson offered to take him on his Virgin Galactic spaceship. “I said yes immediately,” Hawking said at the time.
Professor Hawking was known for his skeptical view of humans' ability to keep Earth intact. Last May, he said that humanity only has about 100 years left to colonize another plant if it wants to survive.
Read more 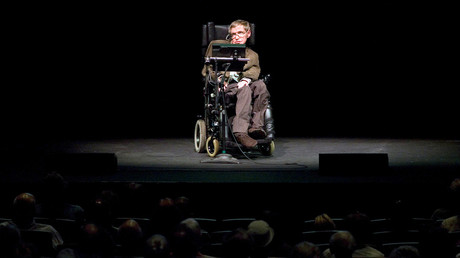 7 great quotes from stellar physicist Stephen Hawking
Hawking also predicted we will be "superseded" by a powerful artificial intelligence (AI) if the progress in robotic research and development continues at a steady pace. The scientist believed that robots would eventually develop AI that is no different from the human brain. In the face of a looming robot apocalypse,  last March he floated the idea of creating “some form of world government” to prevent artificial intelligence from overpowering its mortal creators.
Hawking’s name, perhaps unusually for a scientist, has long since become a part of popular culture. He made a cameo in TV series 'The Big Bang Theory' and inspired the Oscar-winning movie 'The History of Everything,' where his character was played by Eddie Redmayne.
Hawking did not shy away from politics either. In one of his latest endeavors, he joined a campaign against the UK government’s policy that could lead to the privatization, or “Americanization,” of the national healthcare service.
Hawking was married twice, first to Jane Wilde, with whom he had three children: Robert in 1967, daughter Lucy in 1970, and Timothy in 1979. In 1995, he married his former nurse, Elaine, who he later divorced in 2006. While Hawking never remarried, it was reported that he grew closer to his first wife in his later years.

Admin
Posts : 100242
Join date : 2012-01-04
Location : Woodstock Nation
The Best 22 Quotes and Lessons From Stephen Hawking That Will Inspire You to Think Bigger and Never Give Up In Life. The world’s renowned physicist Stephen Hawking has died today, at the age of 76.
His family said that he died peacefully at his home in Cambridge in the early hours of Wednesday.
Dr. Stephen Hawking is probably the most recognizable, as well as an admired scientist of recent times. Professor Hawking was diagnosed with ALS, or amyotrophic lateral sclerosis, which is a form of motor neuron disease when we have 21, and he overcame the debilitating illness to make some of the most groundbreaking scientific theories in the last few centuries.
His goal has been no less than to understand the workings of the Universe, devoting his life to uncovering ‘The Theory of Everything.’ Stephen Hawking might be disabled in body, but he was certainly not in his ambitions.
His life is an astonishing story of a man that faced enormous odds and that went on to so to become one of the most prominent scientists in the world.
He has been, and he is going to be the most influential face of courage and inspiration for generations to be.
Here, we are going to present you some of his most insightful quotes that will inspire you to think bigger, as well as never to get discouraged in life.

1.“My expectations were lowered to zero when I was only 21. Everything that happened since then has been a bonus.”
2.“Intelligence is the ability to adapt to change.”
3.“Although I cannot move and I have to speak through a computer, I am free in my mind.”
4.“We are just an improved breed of monkeys on a minor planet of a very average star. But, we can understand the Universe. That is what makes us something very special.”
5.“Life would be tragic if it weren’t funny.”
6.“No matter how difficult life may seem, there is always something that you can do and succeed at.”
7.“I think computer viruses should be counted as life…I think that it says something about human nature that the only form of life we have created so far is purely destructive. We have created life in our image.”
8.“My advice to other people that are disabled would be, concentrate on things that your disability does not prevent you doing well, and do not regret the things it interferes with. Don’t be disabled in spirit and physically too.”
9.“One of the fundamental rules of the Universe is that nothing is perfect. Perfection simply does not exist…Without imperfection, neither you nor I would exist.”

10.“The biggest enemy of knowledge is not ignorance, but it is an illusion of knowledge.”
11.“It is no good to get furious if you get stuck. What I do is keep thinking about the issue, but work on something different. Sometimes, years pass before I see the way ahead. In the case of information loss, as well as black holes, it was 29 years.”
12.“I have noticed that even people that claim everything is predetermined and that we can do nothing to change it look before they cross the road.”
13.“Quiet people have the loudest minds.”
14.“Every one of us is different, but we share the same human spirit. Maybe it is the human nature that we adapt and survive.”
15.“So, the next time when someone complains that you have made a mistake, you have to tell him that that may be a good thing, because, without imperfection, neither you nor I would exist.”
16.“I am just a child that has never grown up. I still keep asking these ‘how’ and ‘why’ questions. Occasionally, I find an answer.”
17.“You should try to make sense of what you see, as well as ask yourself about what makes the Universe exist. You have to be curious, and however difficult life may seem, there is always something that you can do and succeed at it. It just matters that you do not just give up.”
18.“One, remember to look up at the stars and not down at your feet. Two, never give up work. Work will give you meaning and purpose, and life is empty without it. Three, if you are lucky enough to find love, you should remember that it is there and do not throw it away.”
19.“Keeping an active mind has been vital to my survival, as has been maintaining a sense of humor.”
20.“One thing about smart people is that they seem like crazy people to dumb people.”
21.“Some people would claim that some things like love, as well as joy and beauty, belong to a different category from science and cannot be described in scientific terms, but I think that they can now be explained by the theory of evolution.”
22.“It is a waste of time to be angry about my inability. What we have to do is continue with our life, and I haven’t done badly at all. People will not have time for you if you are always angry and complaining.”