Trump to announce anti-opioid plan with death penalty for dealers 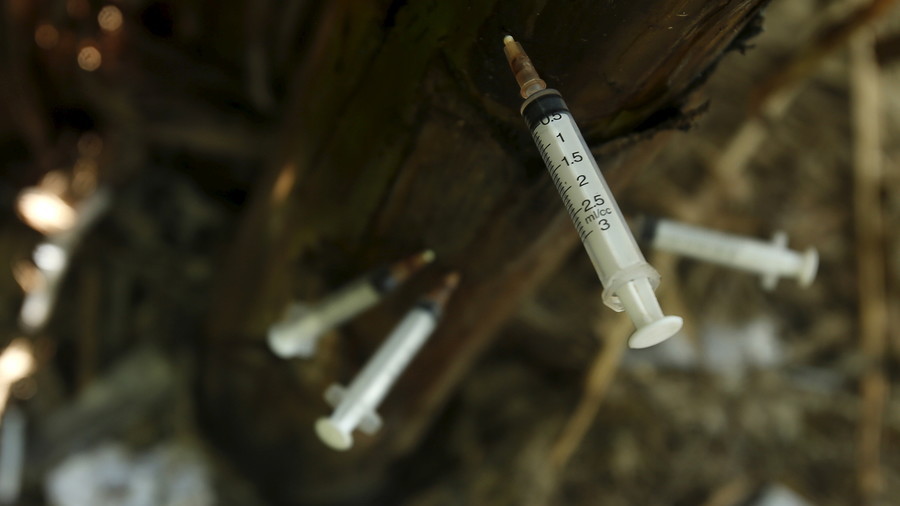 President Donald Trump will soon lay out a plan that seeks the death penalty for drug traffickers, a White House official has announced. Earlier, an official hinted that petty dealers would receive less severe sentences.
"The Department of Justice will seek the death penalty against drug traffickers when it's appropriate under current law," Domestic Policy Council director Andrew Bremberg told reporters at a briefing on Sunday.
Trump is expected to announce the measures on Monday at an event in New Hampshire, a state that has been hit especially hard by the opioid epidemic. Trump previously touted the idea at a congressional by-election rally in Pennsylvania the weekend before.
Read more 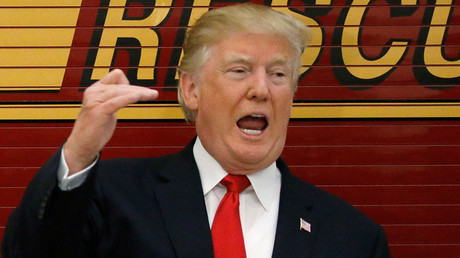 Singapore style: Trump 'loves' idea of executing drug dealers
“If somebody goes and shoots somebody, or kills somebody, they go away for life and they can even get the death penalty, right?” Trump told the crowd. “A drug dealer will kill 2,000, 3,000, 5,000 people during the course of his or her life. So you can kill thousands of people and go to jail for 30 days. They catch a drug dealer, they don’t even put them in jail.”
Earlier, an anonymous government official told CNN that while the plan would stiffen the penalties “for the people who are bringing the poison into our communities,” it would reduce them for “other people languishing in prison for these low-level drug crimes.”
"The President thinks that the punishment doesn't fit the crime," the official said, adding that the draconian punishments would be reserved for those who are trafficking opioids like heroin and fentanyl into the country, not for those who “are growing pot in the backyard or a friend who has a low-level possession crime.”
Nevertheless, Trump’s opponents have drawn comparisons with Philippine President Rodrigo Duterte, whose nationwide crackdown on drug dealers has seen thousands of alleged gangsters killed in shootouts with police or gunned down in revenge drive-by shootings.
Human Rights Watch sharply raised its estimate of the death toll in the Philippines to 12,000 in its January 2018 ‘World Report’, citing “credible media reports” of widespread extra-judicial killings by police and “unidentified gunmen.”
Like this story? Share it with a friend!

Earlier, an anonymous government official told CNN that while the plan would stiffen the penalties “for the people who are bringing the poison into our communities"...Hmmm, sounds like shootouts on the city streets to me. And, the drug companies who manufacture this crap are? This by no means addresses the problem of feeding and educating the needy...Lock em up, dont teach them shit, let them out without any more skills than they went in with, broke and in need of money and then lock em up again when they break the law trying to get money the only way they know how too....DEALING DRUGS.. Its a total system failure....

I would be interested to know what penalties he proposes for the big pharma companies who produce Oxycontin and the doctors on their payrolls who pimp it out to their patients with the intention of getting them addicted to opioids.  How many of those people will be lined up to take the needle?  ~A~

I think the oxy's are put out by Purdue Pharma, yes the chicken people. Everything is so top heavy now as the major corps have gobbled up everything....No penalty for big pharma unless your a dummy and get caught and then they send you to the country club prisons...Again, the total system is in failure mode...My suggestion is to have everyone list themselves as tax exempt on their payroll and refuse to pay the criminals...