The Plan; 5G, WiFi, Particle Beam Weapons, Skynet… How Close Are We?

The Plan; 5G, WiFi, Particle Beam Weapons, Skynet… How Close Are We? [video] 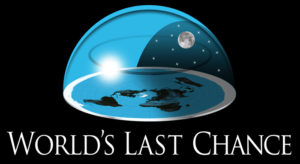 Since little is happening in the way of big actions, many are issuing serious warnings about the New World Order’s plan for Humanity.
While we diddle around with politics and arresting pedophiles and building walls, who is addressing the 5G roll-out that will render a full scale surveillance system as well as introduce even more dangerous frequencies unfriendly to the Human body and mind?
The following video is riveting and contains many components and tangents so it held my attention although I tend to feel that because of intervention, much of the danger has been averted. That’s not to say we can roll over and go back to sleep.
It begins with an interview with Deborah Tavares on the SGT Report, and then goes down several related rabbit holes, including a domed Earth, skynet, Atlantis under the dome, based on some movies some feel are predictive programming.
It’s difficult to know who to trust these days, as Thomas Williams tells us so many we are watching and listening to on the Internet and blogosphere aren’t even using their real names. Hidden agendas abound, as do trolls, the fear mongering is consistent, cointelpro is thick and plentiful, and there is little to show for all the years we have spent educating people on the status of our planet and who has been in charge.
The waiting game continues from many perspectives, and the events unfolding are mostly terrorism and manipulation. Faith is wearing thin, and the awakened are clamouring for clear, incontestable results proving the White Hats are in control. One of the biggest questions patriots have is, “when will the chemtrails end?” The answer is usually either “when the money runs out” or “we can’t address everything at once.”
We aim to stay positive and spend as much time as possible being productive, but sometimes on a Saturday night we blogging losers might just want to sit back and watch a video for fun. That’s what I did.
I also shared some bizarre stuff in the heavens at the Captain’s Blog today. Hardly anyone acknowledges the blatant evidence in the sky that we are not living in the kind of reality we were told. There is also a bit of comic relief to break up all the heavy information.
Click here to see that post.
At the 1:33:10 mark they show a mission patch with a dragon on it and it reminded me of a video MrMBB333 shared recently of what looked like a claw protruding from the clouds. We’ve seen a number of evil faces in the sky.  ~ BP