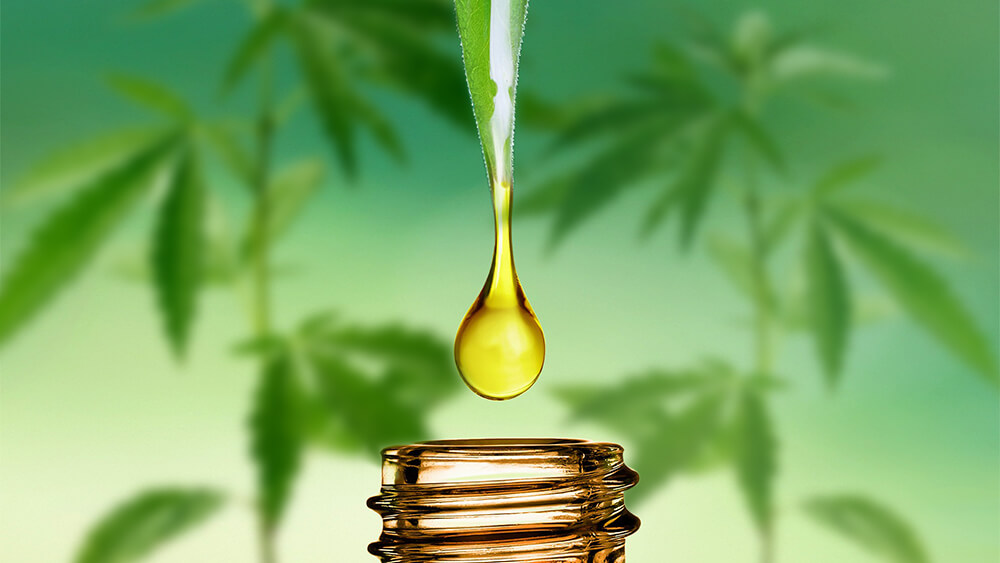 By Paul Lenda
Guest writer for Wake Up World
The non-psychoactive part of the cannabis plant is actually one of the most beneficial health supplements to become available to the masses in recent history. We’re talking about CBD oil, or cannabidiol oil, which is an extract from the hemp plant containing a cannabinoid that research has found to have an wide array of health benefits. In fact, it has been proven to be so effective with certain health issues that some have been touting it as a miracle in oil form. This oil can be safely consumed by both children and adults as part of a daily diet.
Based on the scientific research done on CBD, we have put together a very comprehensive and detailed list of the amazing benefits of using CBD oil as a daily supplement.

What Exactly is CBD Oil?

There are over 500 compounds in the cannabis plant, around 100 are cannabinoids and over 125 are terpenes (fragrant oils that give cannabis its aromatic diversity). Many of these chemicals have been discovered to have some sort of therapeutic value. One of those 100+ cannabinoids is cannabidiol. Interestingly, our bodies have cannabinoid receptors all over. Until recently, the only cannabinoid most people had heard about was tetrahydrocannabinol (THC), the psychoactive compound found in the flowers of the cannabis plant. Although THC can be found in very high concentrations in this very well-known plant, so is CBD, which is non-psychoactive (it doesn’t get you high). In the plant, CBD is a precursor and CBN a metabolite of THC. As cannabis gets older, THC gradually breaks down to CBN. 33 Reasons Why CBD Oil is Amazing for Your Health

Angelo A. Izzo1, Francesca Borrelli,, Raffaele Capasso1, Vincenzo Di Marzo, and Raphael Mechoulam. Non-psychotropic plant cannabinoids: new therapeutic opportunities from an ancient herb. Trends in Pharmacological Sciences -730.
There’s continually more research being done on cannabinoids so the list of benefits may grow even more, but for now, here are 33 ailments, diseases, or health issues that CBD oil has been proven to effectively help with.
CBD is a Cancer Killer
This is one of the most incredible benefits possible, given how many people die from cancer these days. Any claim for something to have the power to kill cancer cells is a bold one; yet there is quite a bit of evidence from research done in recent years that has found that CBD oil does, in fact, kill cancer cells. In this study, CBD was found to have the ability to inhibit the proliferation, adhesion, migration, invasion, and angiogenesis of tumor cells. According to this study, CBD (as well as THC) extracts inhibit cancer cell growth and induce apoptosis (death) in cancer cells. This study, along with this one, demonstrated that human leukemia cells exposed to cannabidiol led to tumor killing by induction of apoptosis. Next, we have this study which found that CBD BDS and CBD inhibit colon cancer cell proliferation, but not in healthy cells. Both this study, as well as this one, found that cannabinoids possess anti-tumor properties. CBD was able to produce significant anti-tumor activity both in vitro and in vivo, suggesting a possible application of CBD as an anti-neoplastic (prevents, inhibits, or halts tumors) agent. We also have this study, along with this one, showing that cannabidiol induces programmed cell death in breast cancer cells by coordinating the cross-talk between apoptosis and autophagy. Finally, this study found cervical cancer is no match for the powers of CBD and promptly goes on to destroy the cancerous cells.
To put all this into a list, the amazing anti-tumor properties have been found to obliterate cancer cells in the following nine conditions:

Interestingly, the FDA in late 2017 issued warning letters to some companies selling cannabinoid products online that claim to prevent, diagnose, treat, or cure cancer, saying that there is no evidence to support these outcomes. They either missed all the studies that have been done, some of which we have referenced above, that found evidence contradicting their statement, or they are intentionally putting forward such a statement for some other reason, perhaps at the behest of the pharmaceutical industry. Given that the FDA has decided to give its unique opinion concerning CBD’s ability to disintegrate cancer cells, we will put out the standard PSA that the statements in this article have not been evaluated by the FDA. We are simply providing information based on the medical studies that have been done using the scientific method, learning that cannabinoids have the potential to significantly hurt the bottom line of multinational pharmaceutical corporations.
CBD Reduces Inflammation and Pain
If you’re looking for a natural and effective painkiller, this is it. Perhaps the most commonly known benefit of CBD (and the reason it’s used most often for) is reducing inflammation and pain. This study found CBD significantly suppresses chronic inflammatory and neuropathic pain without causing apparent analgesic tolerance. Another related study looked at people with multiple sclerosis and discovered that giving them CBD effectively took away their neuropathic pain. Since this awful pain is experienced by over half of those with MS, being able to take a safe and affordable supplement without negative side effects is almost miraculous. By activating the endocannabinoid system, CBD acts as a neuromodulator for a number of physiological processes. As a bonus, this study has suggested that through its analgesic and anti-inflammatory properties, CBD oil can also reduce the pain in arthritis, as well as fibromyalgia, as this study has uncovered. Unlike opiate painkillers, which only mask pain and which the body builds up a tolerance to, CBD doesn’t lose its effectiveness over time. Since CBD is anti-inflammatory, it helps is a number of ailments, including things like inflammatory bowel disease, as this study, as well as this, this, this, this, this, and this study found.
CBD Reduces Several MS-Related Issues
While on the topic of multiple sclerosis, it’s worth talking about the other issues facing people with this ailment that cannabidiol can help with besides reducing pain. This study, together with this study, found that a combination of CBD and THC has been found to be effective in the treatment of muscle tightness, sleep disturbances, and loss of bladder control. Mice with MS with 10 days of CBD oil treatment had superior motor skills and showed improvements in their condition. Replicating this treatment on humans has mirrored similar results.
CBD Protects Your Brain Cells & Even Helps Create New Ones
As with claims of CBD being a cancer killer, the claim of it being able to promote the formation of new brain cells seems like an extraordinary one. Yet, the evidence has been found for this to be possible. In fact, if you do a quick search online for neurogenesis, you’ll find that scientists are discovering that our brain is not actually sealed with a fate of brain cells calling it quits without new ones being born. When it comes to new brain cell formation, CBD was observed to stimulate hippocampal neurogenesis and reduce neuroinflammation in this study. If you look at this study, along with this one, you’ll see CBD reduced short-term brain damage and was associated with extracerebral benefits. This is why CBD oil is so effective in treating mood disorders like depression, anxiety, and stress since these conditions are all related to a lack of adult neurogenesis. This would also be a good time to let you know that this study found that CBD acts as a more powerful neuroprotective antioxidant vitamin C or vitamin E.
CBD Can Reverse Cognitive Decline from Alzheimer’s Disease
Tying into cannabinoids being able to protect from neurodegenerative diseases, this study found that cannabidiol has been shown to reverse cognitive deficits of mice with Alzheimer’s Disease and exert neuroprotective, anti-oxidative, and anti-inflammatory properties in vitro and in vivo. This study provided evidence that CBD is able to have potential as a preventative treatment for Alzheimer’s Disease with a particular relevance for symptoms of social withdrawal and facial recognition.

Admin
Posts : 108320
Join date : 2012-01-04
Location : Woodstock Nation
Hemp oil, though good for some issues, does not have the same type of cannibanoids as the medical that is now used in legal states. I also tried the "legal in all 50 states" hemp products and it did nothing for me plus I can not believe what they are charging for it. I have used legal CBD oil caps and reversed RA and other issues. Problem is getting it as I live in a non legal state. Real CBD repairs at the cellular level and the results are quite amazing. If you live in a legal state and can get the recreational CBD caps or pills, that will save you having to jump through hoops for the medicinal grade which is more potent, you will really see the difference.

Posts : 641
Join date : 2018-03-22
Age : 79
Location : Located in Western Canada...... "Karma is the universal judicial system that NOBODY is Immune from"
Well, as I said before, I take a daily dose of Hemp oil each and every day. The sale of Hemp oil is legal in Canada.
Not only that it provides an ample quantity of Omega 3-6-9, I find that it helps me to keep my "hinges" oiled. No more pain in my hips, knees and arms.
To take advantage of the free shipping, I buy it in gallon jugs.