Body of CDC researcher Timothy Cunningham found in a river near Atlanta… what did he know? Why was he murdered?

Body of CDC researcher Timothy Cunningham found in a river near Atlanta… what did he know? Why was he murdered? Thu Apr 05, 2018 6:45 pm Body of CDC researcher Timothy Cunningham found in a river near Atlanta… what did he know? Why was he murdered?
Thursday, April 05, 2018 by: Mike Adams 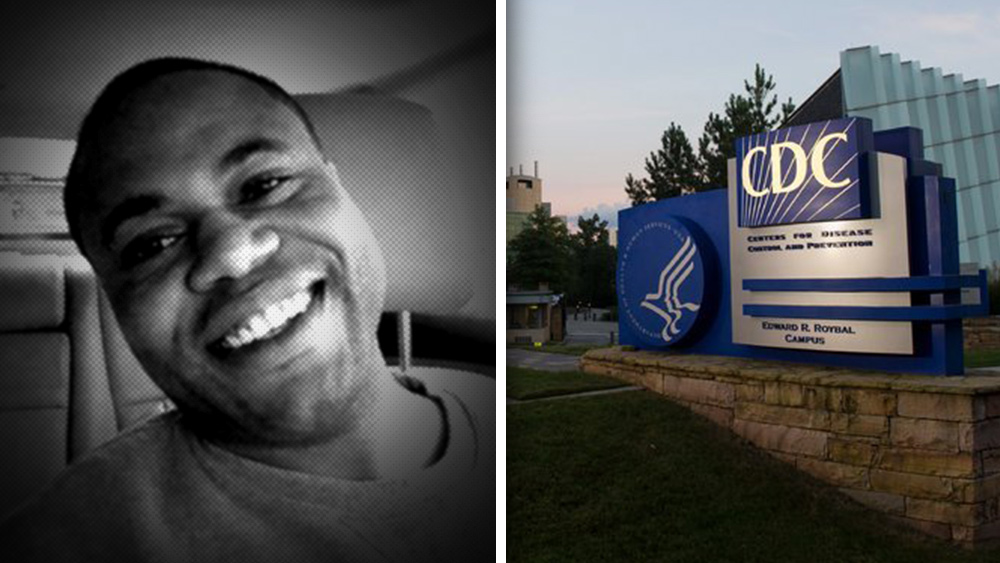 (Natural News) The body of a CDC researcher named Timothy Cunningham was discovered in the Chattohoochee River near Atlanta today, reports Fox News.
Atlanta police tweeted the following message:
The Fulton County Medical Examiner’s Office has identified the body recovered in the Chattahoochee River in NW Atlanta late Tuesday to be missing CDC employee Timothy Cunningham.
Cunningham has been missing for almost two months, with speculation swirling about whether he had been “silenced” for knowing too much about the criminality and scientific fraud inside the CDC, a government-funded front for the child-killing vaccine industry.

The CDC has gone to great lengths to silence whistleblowers who attempted to go public with the truth about vaccines being linked to autism. Risks of autism are significantly higher in young black babies compared to white babies, according to the CDC’s own research (which has been buried, see below).
In 2014, a top CDC researcher named Dr. William Thompson publicly confessed to taking part in a massive vaccine science cover-up while working at the CDC. Natural News later learned that the CDC ordered the entire national news media to blacklist the story, hoping that no one would find out.
YouTube, of course, joined in the massive censorship by banning a satire video entitled, “Secret bunker video from CDC captures moments after MMR vaccine fraud confession. (See YouTubeCensorship.com for more details on YouTube outrageous censorship efforts.)
We have re-posted the video in another account which will no doubt be banned soon. (Download and save this video while you can. You can re-post it on REAL.video when we launch that free speech video community this coming July 4th.)

In 2014, Dr. Thompson wrote:
My name is William Thompson. I am a Senior Scientist with the Centers for Disease Control and Prevention, where I have worked since 1998. I regret that my coauthors and I omitted statistically significant information in our 2004 article published in the journal Pediatrics. The omitted data suggested that African American males who received the MMR vaccine before age 36 months were at increased risk for autism…
(See his full letter at this link. Google has gone to tremendous lengths to scrub this document from the internet, under orders from the CDC, obviously.)
Dr. Thompson later stated that “we were ordered to cover up” the vaccine-autism link in order to protect the profits of the scandalous vaccine industry.


UPDATE: The Fulton County Medical Examiner's Office has identified the body recovered in the Chattahoochee River in NW Atlanta late Tuesday to be missing CDC employee Timothy Cunningham. A press conference will be held at 2 p.m. ET at APD Headquarters on the investigation. 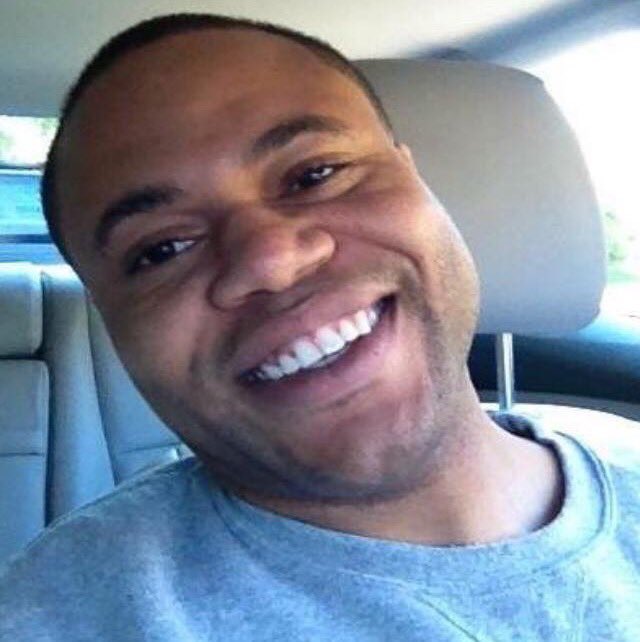 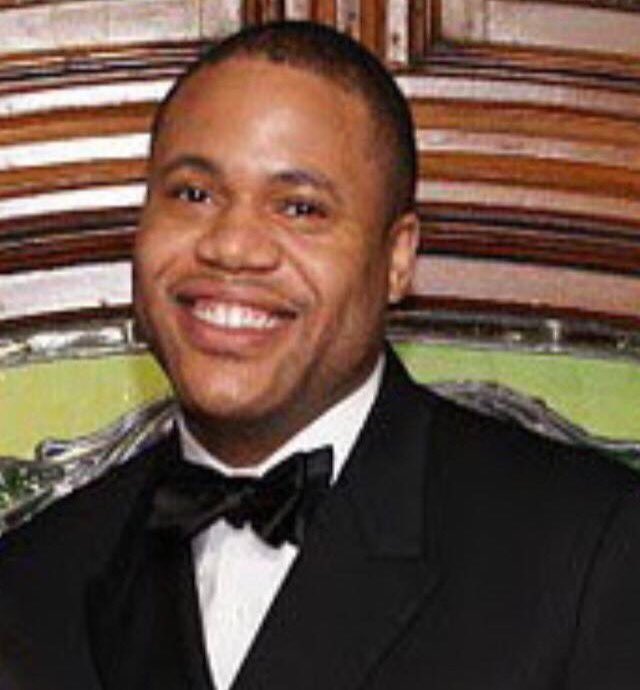 As Fox News reports, even law enforcement authorities quickly realized something was fishy about the disappearance of Cunningham:
Cunningham was last seen leaving work early on Feb. 12. For months, authorities scavenged for clues as to where the 35-year-old may have been. Atlanta Police Department Major Michael O’Connor said in late February the disappearance was an “extremely unusual set of circumstances.”
The CDC is a fraudulent, criminal organization run by vaccine zealots and pharmaceutical “deep state” operatives who have long abandoned anything resembling real science or public safety. The former head of the CDC, Dr. Julie Gerberding, left the corrupt agency to cash in as the head of Merck’s global vaccine division. She was later named by Vaccines.news as “one of the most evil people in medicine today.” In 2017, she won the “Science Ass-Hat of the Year” award.
More recently, another director of the CDC was forced to resign after being caught investing in shares of Merck while overseeing vaccine propaganda policies.
Robert F. Kennedy, Jr. calls the CDC “an edifice of fraud,” and the CDC.news website documents even more damning evidence of corruption, criminality and science fraud at the CDC.
In 2016, the CDC refused to surrender research documents to Congress that clearly linked vaccines to autism. The corrupt establishment media, meanwhile, has been running interference and cover for the CDC for over two decades. The Atlantic, for example, has been called “complicit in the vaccine holocaust” by covering up the vaccine damage to innocent children.

The CDC is a military organization, and its “officials” wear full military garb. Even Cunningham, the latest victim of a suspicious murder, is seen in this photo wearing his military uniform:

Here’s a look at the military uniform of another CDC director:

The CDC is also tied to international fugitive Poul Thorsen, a fraudulent data manipulator who fabricated fake science claiming vaccine ingredients were safe. When federal authorities began to look more closely at the serious fraud committed by Thorsen, he fled to Europe and remains an international fugitive from justice to this day, taking millions of taxpayer dollars with him in a massive international science funding fraud scheme. The CDC and the corrupt vaccine-pushing media continue to cite Thorsen’s “scientific” studies to this day.
Robert F. Kennedy, Jr. of the World Mercury Project has called for Thorsen to be arrested and extradited to the United States to face federal charges for money laundering and fraud.

[url=https://www.naturalnews.com/files/Web-of-Alleged-Fraud.pdf#search=poul thorsen]Click here to see the full PDF showing the deep state conspiracy at the CDC[/url], involving Emory University, Merck, GlaskSmithKline, medical journals and more.
Given all these facts, does any informed person have any doubt that Cunningham was murdered for what he knew? Sadly, he appears to be another victim of the CDC’s murderous regime that silences people to protect the dirty vaccine industry from publicly scrutiny. The most dangerous job in the world right now, it seems, is being a CDC researcher who actually understands real science.
In essence, the CDC is the vaccine deep state. And they find all sorts of sinister ways to silence scientists, whistleblowers and so-called journalists. They are also behind the criminal DDoS attacks on Natural News and YouTube censorship of videos that express skepticism of vaccine safety.
Stay informed by reading Vaccines.news and CDC.news.