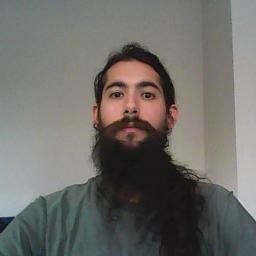 
This is a little all over the place. The use of trauma began thousands of years ago as part of an old world order. These traumatic experiences are largely virtual in that they are technologically generated and simulated to the individual. For all intents and purposes, the experience is mentally accurate, however the difference between biologically accessible reality and a technologically altered version must be understood in order to move to a better space. These could be considered other 'times', 'planes', 'realities', or virtual simulations that are as accurate as the real thing to the brain. Trauma is used to create amnesia walls which separate memory and cognitive function. Many tactics are actually temporal manipulation methods which work to generate phantom experiences of non-anchored worldlines which results in continuous momentary flashes of a very manipulated existence. One must defend their mind and their body. The amnesia wall is installed in each individual, and the entire civilization is behind an amnesia wall. The universe may be organized to create these effects by default, in that the nature of biological consciousness is a perceptual illusion that generates the environment that the self fits into. This paradoxical nature of consciousness sets up the conscious mind for a challenge when appropriating the self as a result of the nature of existence. In reality, existence is provoked by the nature of the self and the self can change with time to match different realities. Ageing, disease, death, illness, addiction, the possibility of longevity far beyond the current model. This place is inundated with toxins and the guidelines are simple, avoid toxicity and increase self-awareness and fresh exchange of energy and substance. Because of the nature of the body, consciousness, the universe, virtual reality, temporally projected operations, and the nature of the White and Dark hat situation, by the time all the effects reach the surface level, material Earth, present, the effects are neutralized. Either side neutralizes the other so we only get a crazy momentary ride in the 'astral' or mental planes where these operations and battles have taken place, and we end up with a kind of zeroing out in which we only see the residual effects of what has happened. Everything on the surface is this way. Each side does their part to push their agenda and if they are perfectly balanced or close to balanced, then we would only see the 'overage' of say one aspect that leaked out or was too insignificant to warrant an operation. The concept of omniscience is similar to the measurement restrictions of the electron or sub-atomic particles. Where the location can be determined, it's velocity or energy level can not also be determined simultaneously. When one variable is determined, this results in a violation of the energetic nature of the electron. Instead of a particle, this can act like a wave. Then the mass of the particle is not in question, or even applicable, because it is interacting with the universe as a wave does. When it is measured as a wave in a certain location, the nature of the particle as having mass becomes simultaneously no longer applicable. The nature of a truly omniscient being could be similar. If we find the being, their power may be limited. If they are fully powered, then they may not be able to locate themselves here to interact personally, which also might destroy everything here from the power levels alone. Collectively, the amnesia wall has held our civilization within a manipulative paradigm designed to exploit and deceive. Is this simply the nature of space-time? Or did someone, at some point, literally complicate the human existence by creating the human condition? Could that be? Wouldn't our condition still be only our responsibility? Because we have been silent and manipulated for so long we have forgotten the way things really work. Trusting intuition, inner knowledge, focusing on self-awareness and solving entanglements through neutrality instead of duality. The audio is not the best, there are a few recordings left like this. Everything new will be recorded with a different mic set up.

» Hampstead Cover-Up & State Sponsored Trauma Based Mind Control
» TRAUMA BASED TRUTH CONTROL: The Duality of Trauma and Healing
» Temporal Dislocation and Mind Control in USAPs, Paradigm Shifting and Virtual Consciousness Trauma
» The Hijacked Mind: Healing a Society in Trauma
» What It Means To Control The Mind