OUT OF MIND » THE INSANITY OF REALITY » SCIENCE & TECHNOLOGY » The Next Great Scientific Revolution Is Upon Us. And It’s Freaking People Out

The Next Great Scientific Revolution Is Upon Us. And It’s Freaking People Out

The Next Great Scientific Revolution Is Upon Us. And It’s Freaking People Out
Arjun WaliaApril 13, 2018 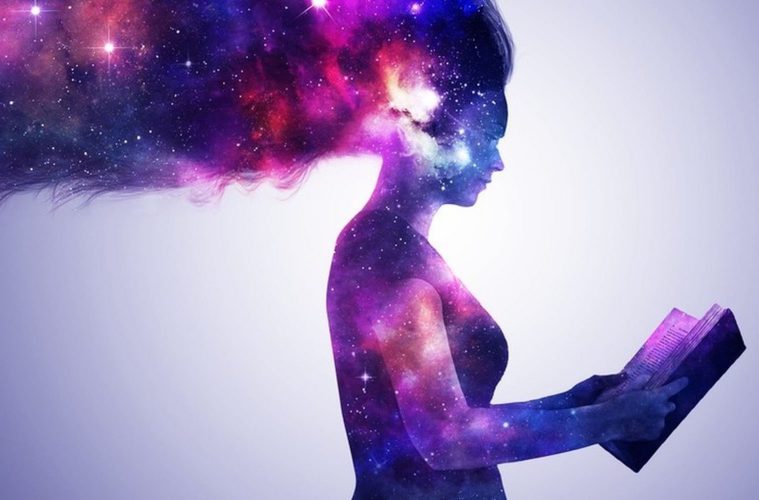 One of my favourite quotes of all time comes from Nikola Tesla, who said, “The day science begins to study non-physical phenomena, it will make more progress in one decade than in all the previous centuries of its existence.”
It’s happening. Post material science is here, and although it’s challenging the current dogma in science, it’s where we need to go.
Today, we now have hundreds of publications in peer-reviewed scientific journals showing that parapsychological experiments have just as much, if not more, validity in some cases than the ‘hard’ sciences. This has been known for quite some time, in fact, in 1999, a statistics professor at UC Irvine published a paper showing that parapsychological experiments have produced much stronger results than those showing a daily dose of aspirin to help prevent a heart attack. She also showed that these results are much stronger than the research behind various drugs like antiplatelets, for example.
Perhaps the best example is black budget science, the results out of programs like STARGATE were unbelievable. Then we have a number of previously classified documents giving multiple examples of people with exceptional abilities. The list goes on and on, and it’s all under the category of parapsychology, which includes the study of quantum physics, telepathy, clairvoyance, remote-viewing, intuition, mind-body connection and much more.
When the STARGATE program was declassified, the American Institutes for Research reviewed it, and both reviewers concluded:

“The statistical results of the studies examined are far beyond what is expected by chance. Arguments that these results could be due to methodological flaws in the experiments are soundly refuted. Effects of similar magnitude to those found in government-sponsored research at SRI and SAIC have been replicated at a number of laboratories across the world. Such consistency cannot be readily explained by claims of flaws or fraud.”
Even as far back as 1985, a report prepared by the Army Research Institute [url=http://www.afu.se/Downloads/Documents/USA - CIA/Stargate/STARGATE07_179/Part0007/CIA-RDP96-00789R003800360001-1.pdf]disclosed that[/url] “the data reviewed in this report constitute genuine scientific anomalies for which no one has an adequate explanation for.”


I just wanted to provide a brief background regarding the validity of non material science.

Why is non-material science studied so much in the Black Budget world, at the highest level of government, but still ridiculed in mainstream science? It doesn’t really make sense, especially with all the repeatable scientific evidence that’s now available.

Here is a selected list of peer-reviewed journal articles about psi (psychic) phenomena, most published in the 21st century. There are also some papers of historical interest and other resources. A comprehensive list of important articles and books would run into the thousands. Click on the title of an article in the link highlighted above to download it.
Internationally recognized scientists are constantly coming together to stress the importance of what is still commonly overlooked in the mainstream scientific community — the fact that matter (protons, electrons, photons, anything that has a mass) is not the only reality. We wish to understand the nature of our reality, but how can we do so if we are continually examining only physical systems? What about the role of non-physical systems, such as consciousness, or their interaction with physical systems (matter)?
Parapsychologist, Gary Schwartz is an author and professor at the University of Arizona who is a part of the hundreds of scientists who have gathered to emphasize that matter is not the only reality. You can read more about that in this article:

He sums up the problem quite well,

“Some materialistically inclined scientists and philosophers refuse to acknowledge these phenomena because they are not consistent with their exclusive conception of the world. Rejection of post-materialist investigation of nature or refusal to publish strong science findings supporting a post-materialist framework are antithetical to the true spirit of scientific inquiry, which is that empirical data must always be adequately dealt with. Data which do not fit favoured theories and beliefs cannot be dismissed as priori. Such dismissal is the realm of ideology, not science.”
This is precisely why we were so happy to have Dr. Natalie Leigh Trent on the Collective Evolution podcast, hosted by founder Joe Martino. Dr. Trent is a Postdoctoral Research Fellow at Harvard Medical School and Kripalu Center for Yoga & Health, where she investigates the mind-body practices of yoga and mindfulness for health and wellbeing. She obtained her Bachelor of Science from the University of Toronto in 2006 and her Doctorate in neuroscience from Queen’s University in 2012.
In the podcast below, Joe sits down with Dr. Natalie Trent to talk about her work in post material science and the massive disruption that’s happening in science right now as old ways crumble. Together they explore consciousness, energy work, and how our world and our understanding of it is transforming through science.
This is huge stuff, because it goes to show just how important human consciousness, and the profound effects it can have on the human experience.

OUT OF MIND » THE INSANITY OF REALITY » SCIENCE & TECHNOLOGY » The Next Great Scientific Revolution Is Upon Us. And It’s Freaking People Out

» ARMIES OF UNIDENTIFIED DRONES ARE APPEARING OVER THE WESTERN U.S. AT NIGHT, AND IT IS REALLY FREAKING PEOPLE OUT
» Whats This About? THE NEW ENERGY INDUSTRY -- Information for a Scientific Revolution
» WOW....great great article.......From Israel: Vote Ron Paul and Let My People Go!
» Calling Forth the Great Revolution
» The Great Planet Debate: Science as Process - A Scientific Conference and Educator Workshop