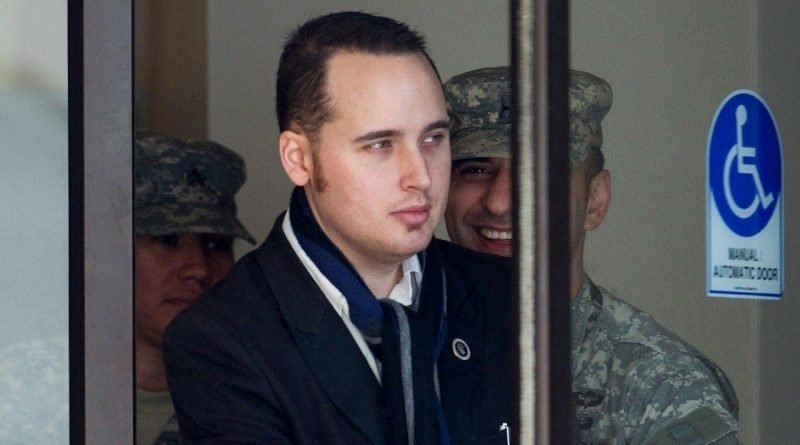 
April 14, 2018 Rollie Quaid 0 Comments
Luis Gael Jimenez reported “Adrian Lamo, the controversial ‘grey hat’ hacker best known for reporting Chelsea Manning to the FBI and hacking into the websites of the New York Times, Yahoo, Microsoft and other companies, was found dead in his Wichita..”
March 16, 2018 authorities in Sedgwick County announced that Adrian Lamo is dead and Sedgwick County has not released a cause of death.
Lamo was dubbed the “homeless hacker” due to his nomadic life; he has never had a physical address and traveled to friends couch to friends couch. It is difficult to verify his death or even confirm the fact that he ever existed.

Wired magazine wrote a story on his struggles with mental illness and his hacker resume back in May 2010 called “Ex-Hacker Adrian Lamo Institutionalized, Diagnosed with Asperger’s.”

Lamo made his mark in the early 2000s with a string of brazen but mostly harmless hacks against large companies, conducted out in the open and with a striking naiveté as to the inevitable consequences for himself. In 2001, when he was 20, Lamo snuck into an unprotected content-management tool at Yahoo’s news site to tinker with a Reuters story, adding a made-up quote by then-Attorney General John Ashcroft.
Lamo’s other targets included WorldCom, Excite@Home and Microsoft; he alerted the press to each intrusion, and sometimes worked with the hacked company to close the security holes he’d exploited. Unemployed at the time, and prone to wander the country by Greyhound, he was given the appellation “the Homeless Hacker” by the media.

His hacking career ended around 2002, after Lamo penetrated the internal network of The New York Times and added himself to the paper’s database of op-ed contributors, putting himself in the virtual company of William F. Buckley Jr. and Jimmy Carter. The Times didn’t think it was funny, and the FBI and federal prosecutors in New York charged Lamo under the Computer Fraud and Abuse Act.

In May 2010 Chelsea Manning (formerly known as Bradley Manning), a private first class in the United States Army, reached out to Lamo to take credit for a series of leaks of highly classified government material that had been uploaded to the website Wikileaks earlier that year.
The leaked material included the video “Collateral Murder,” which depicted an airstrike on a group of Iraqi civilians. Among the group were two Reuters war correspondents. The attack killed between 12-18 Iraqi men and the reporters. The U.S. government did not take responsibility for the attacks until after the footage was leaked.
During the online conversation Lamo assured Manning that they were speaking in confidence. Lamo would later turn their chat logs into the FBI and the Army’s Criminal Investigation Command. Manning was arrested, and eventually pled guilty to espionage, theft and aiding the enemy — among other charges. President Barack Obama eventually commuted Manning’s sentence and Manning was released from prison on May 17, 2017.
Lamo’s involvement in turning Manning in to the authorities saw him lambasted by hacking communities all over the world. He was seen as a traitor by some, and a patriot by others.

Of course, Wikileaks founder Julian Assange isn’t one to hold grudges with the deceased.

Oh, wait maybe he is..
Assange’s response to Lamo’s death was that he was a “petty conman and betrayer of basic human decency”. Isn’t that the spade calling the kettle black? 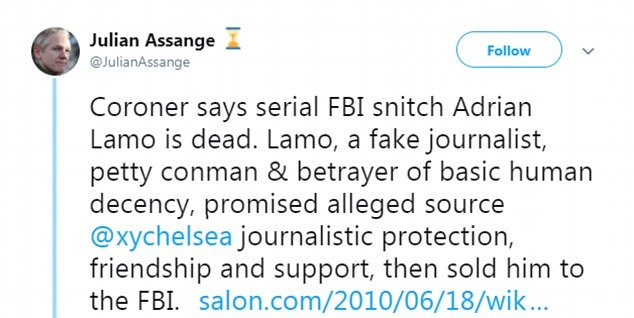 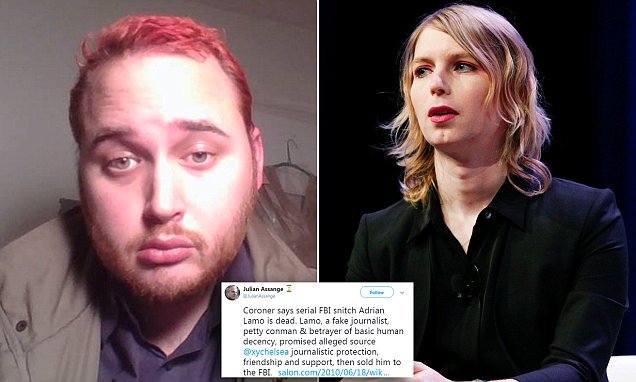 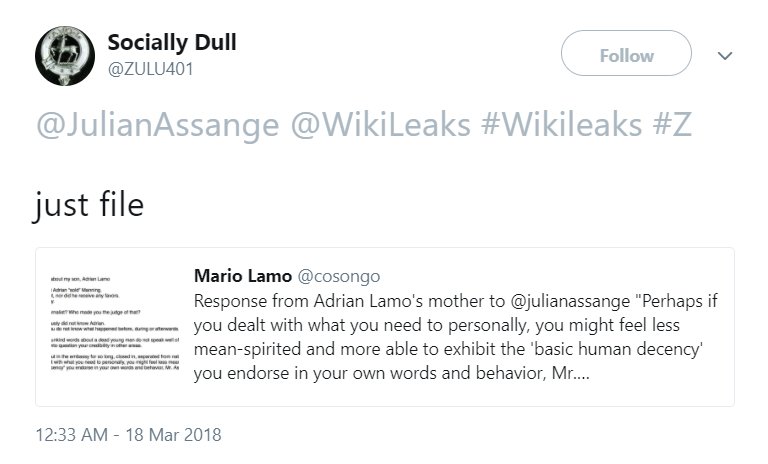 At the bottom of this article  is a video of CBS interviewing Adrian for the first time on 2010; the interview was conducted while Adrian was sitting on a friend’s couch (so no way to prove a location). Adrian could have been in a news studio or  CIA safe house for all we know.
His purpose in the interview was to justify why he betrayed Manning, but to me he sounded like a “Butterfly” in the Monarch Mind Control experiment. If I had the chance to interview this late-couch potato, I’d ask Adrian “have you ever been tortured or force feed LSD?”
Asperger’s my ass!
Bradley Manning compressing 1 million classified documents on a Lady Gaga CD is one of the most asinine stories I’ve heard. It’s amazing how many Americans will take that at face value – this has to be a shock test to see how stupid we are.

I have created an official Rollie Quaid blog, but I’m still going to post on the Tribune.
www.blackballedwithrolliequaid.wordpress.com
Please consider me on Paypal, $5 a month from you can help me to continue my writing and research.
https://www.paypal.me/RollieQuaid