OUT OF MIND » THE INSANITY OF REALITY » ILLUMINATI AGENDA & WORLD DOMINATION » After all, he was a Kennedy

After all, he was a Kennedy 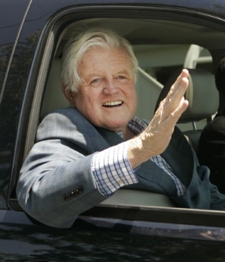 “Ahnd-uh – when I got baack, Mary Jo and the cah weah gone!”
On April 6, Chappaquiddick, a movie detailing the events involving Senator Ted Kennedy on Martha’s Vineyard in July 1969, was released. That incident demonstrated the depths to which the Kennedys were willing to go to salvage the political career of the last of the Kennedy sons. In subsequent years, the actions of Ted Kennedy that night were forgiven by the Democrats, as were subsequent actions as noted below.
The movie is based on a book, Senatorial Privilege: The Chappaquiddick Coverup, by Leo J. Damore, who committed suicide in 1995.
Well, that is the official version, at least. The Kennedy family exerted pressure to block the making and release of the current movie. Similar pressure was reportedly put on Mr. Damore, which may have added to the issues that resulted in his death.
In the history of politics in this nation, few families have equaled the Kennedys in both political power and despicability for their personal actions.
I will look forward to seeing the movie. In the meantime, there was precious little in the career of Ted Kennedy that anyone should be proud of.
After being expelled from Harvard for cheating, he was allowed, as is the custom at Harvard, to return the next year. After all, he is a Kennedy.
Upon graduation, he was approached by the Packers for an NFL tryout. Reportedly, the offer was declined because, as he told the scout from Green Bay, he wanted to pursue a real contact sport: politics.
Fast-forward a few years. His brother John has been elected president, and it is time for Teddy’s career to begin. What better way to kick-start his career than to be appointed to John’s seat? The only thing that stood in the way was the law. No problem. After all, he is a Kennedy. 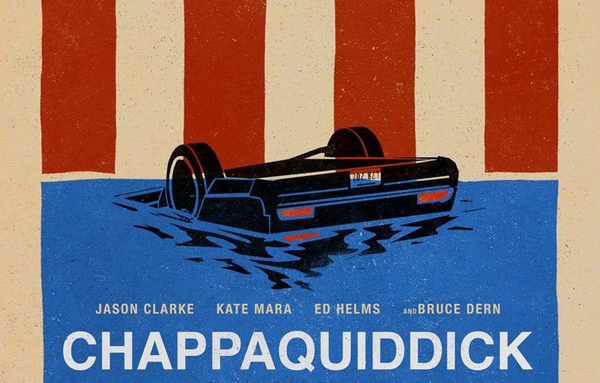 You see, Ted would not be the legal minimum age for 27 months. The solution was easy: the Kennedys found a family friend, Benjamin Smith, who would accept the position and obligingly step aside when told. All they needed now was a helpful governor, which was an easy find, as Gov. John Foster Furcolo was happy to help out his old friend, Joe Kennedy.
Seven years later, the young lion’s career hit a snag, taking a brief nose dive, literally. It seems Teddy was “helping” a young lady named Mary Jo Kopechne home that night and drove his car into the water off a bridge at Chappaquiddick on Martha’s Vineyard. Ted got out of the car quickly and immediately rushed into action – after all, he had a career to save. He quickly sought help, while Mary Jo was left gasping for air. I am reminded of the line from a Warren Zevon song: “Send lawyers, guns, and money – Dad, get me out of this!”
So while Teddy was busy saving his fledgling career, the girl was forgotten for several crucial hours. She had survived the accident but was trapped underwater and eventually asphyxiated. Had Ted not acted in the cowardly fashion he did, it is probable she would have been saved, as one rescuer later stated.
RELATED: [url=http://www.federalobserver.com/2018/04/15/after-all-he-was-a-kennedy/After all, he was a Kennedy]A Brutal Revisitation of Chappaquiddick[/url]
Papa Joe’s connections paid off, even posthumously. After all, he is a Kennedy. Young Ted received a two-month suspended sentence for “leaving the scene of an accident.” 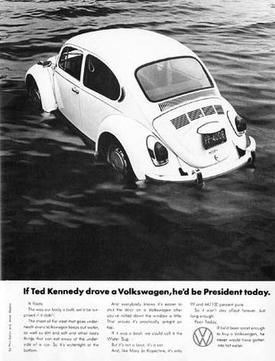 Another person to run afoul of Teddy was the eminently qualified Supreme Court nominee Robert Bork, a strong conservative intellectual with impeccable credentials. However, Bork was naïve enough to actually trust the fairness of Democrats. Mr. Bork quickly learned a difficult life lesson: Teddy did not have fairness in mind. After all, he is a Kennedy.
Ted, lying in wait, blindsided Bork with a sucker-punch, one rarely or more viciously used in politics. A full 25 minutes after the nomination was announced, Teddy launched his attack. He characterized Bork as racist, anti-feminist, an extremist who longed for the “good old days” of “Jim Crow,” when blacks knew their place.
Problem was, none if it was true. Excepting for the fact that Bork was a conservative, which was enough for Kennedy. Bork never recovered from the Kennedy onslaught.
The next moment in the spotlight for Kennedy was when he tried to derail another conservative’s career – Clarence Thomas. Had Mr. Thomas been a liberal, his personal story would have been told by Mr. Kennedy with tears of admiration welling up in his eyes. Here we had a man, raised by his grandfather, born a poor black child, one who had overcome all the odds. One problem, though: Mr. Thomas was not just any black man. He had the temerity to be one who was intelligent, a free thinker, and the kiss of death: a conservative.
However, it was not to be. The Democrats in desperation were digging deep, going so low as to search through his video rental history. Finally, they found something: he was accused of sexually harassing a woman.
Uh-oh. That let Teddy out of the questioning. After all, he is a Kennedy.
Feminist Anna Quindlen, the N.Y. Times Pulitzer Prize-winning journalist, expressed it best, saying: “He [Kennedy] let us down, because he had to; he was muzzled by the facts of his own life.”
Even on his deathbed, Teddy was still fighting, still trying to circumvent the law for his own selfishly partisan political purposes.
As he was batting the cancer that was to kill him, he wrote a letter to Governor Deval Patrick of Massachusetts. It seems that Teddy wanted to change the law in Massachusetts, again, to allow the Democratic governor to appoint his successor should his term end prematurely. The problem with that was that it was good ol’ Teddy who worked to change the law back in 2004, when a Republican was governor and he actually thought John Kerry, God forbid, might become president. In any event, Patrick demurred, and in a special election, the seat went to the GOP’s Scott Brown.
So Teddy’s last wish did not come to pass. But not for lack of trying. As he had done his entire career, in the last, Ted Kennedy did not let the law stand in his way.
Why should he? After all, he was a Kennedy.
Written by Dennis Lund and published by American Thinker ~ April 6, 2018.
Thanks to: http://www.federalobserver.com

OUT OF MIND » THE INSANITY OF REALITY » ILLUMINATI AGENDA & WORLD DOMINATION » After all, he was a Kennedy