OUT OF MIND » PERCEPTUAL AWARENESS » OTHER DIMENSIONAL » Syria, Prophecy, and the Eris Point

Syria, Prophecy, and the Eris Point

Posted on April 15, 2018 by Starship Earth
Like everything of importance that would help us understand our reality and facilitate our abilities to be effective co-creators, astrology has intentionally been relegated to the realm of frivolous and nonsensical. That is because astrology is key in our reality and understanding it and using it for our benefit would put the enemy at a disadvantage.
You don’t have to understand astrology to benefit greatly from this discussion. It is key in understanding the volatile nature of these final Mercury in retrograde energies in mid-April, and the advent of the Illuminati “New Year” beginning April 15th.

Failure to understand the power of the celestial alignments and still maintain control of our destiny is akin to bringing a knife to a gun fight. Unfortunately, we weren’t educated in the Mystery Schools and are easy prey for the masters of Universal Laws.

Listen to this and see if it doesn’t shed a whole lot of Light on what is unfolding this week, despite being recorded almost ten days ago, on April 10.

When you understand the black magic the El-ites use and that timing is everything, the picture becomes clear. There were a lot of a-ha moments for me.

Laura and Phoenix put a great deal into perspective with a little time spent discussing what is unfolding; the reasons, the potential, and the bright side to come. It makes so much sense.

Moving forward, this year will be a whole new ball game for Humanity. Let’s make the most of it and give the cabal a run for their money.  ~ CB 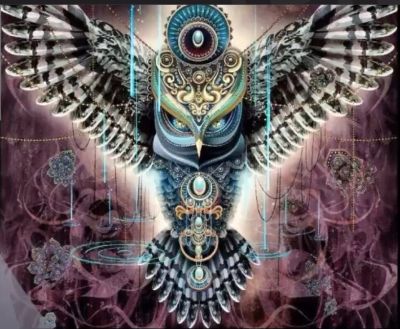 Laura Walker – [On April 9th] Phoenix and I recorded a special audio discussing Syria, prophecy, the astrological timing involved, and the cabal’s intentions for the New Year (which begins in a few days on April 15). Many thanks to Phoenix and Liz for their extreme perseverance to get this posted during Mercury’s retrograde (which was no easy feat!).
https://www.bitchute.com/video/wpamwu16qI5Q/
The Sun was discharging 21 Aries – the Eris Point – yesterday and Mars and the Black Moon, were/still are making conjunction alongside. The Sun squares Pluto today, so whatever develops will be interesting. It’s epic.
I hope you find the report helpful as we move closer to a new energetic year. The Aries Sabian Symbols list is posted above if you would like to take a look in advance of the audio overview for the cycle.
The theme for the New Astrological Year is 27 Aries, “through imagination, a lost opportunity is regained.” Do you want a do-over, second chance, or a reboot? How might you fire up your imagination, in preparation? Pay attention to synchronicities of the heart – things that call to your true essence. Spend some time gazing at the beauty of nature. Prime the field with the highest intentions of love and harmony. Then see what happens.
It’s going to be a good year, wise owls! On with Second Renaissance!
SF Source Oracle Report Apr 2018

OUT OF MIND » PERCEPTUAL AWARENESS » OTHER DIMENSIONAL » Syria, Prophecy, and the Eris Point