(Rachel Blevins) The suspected gunman in the Waffle House shooting is still on the loose and his record shows that he was interviewed by the FBI and his guns were seized after an incident last year.
Related Possible False Flag Between April 19th and May 1st — 13 Days of Preparation Starts NOW
Source – The Free Thought Project
by Rachel Blevins, April 23rd, 2018

UPDATE: The Metropolitan Nashville Police Department confirmed that Reinking was arrested around 2 p.m. Eastern on Monday after he was found in a wooded area near Old Hickory Blvd. and Hobson Pk. Officers searched the area after they received a tip that a laptop bag containing “a handwritten ID card bearing the name Travis Reinking” was found on the side of the road nearby. 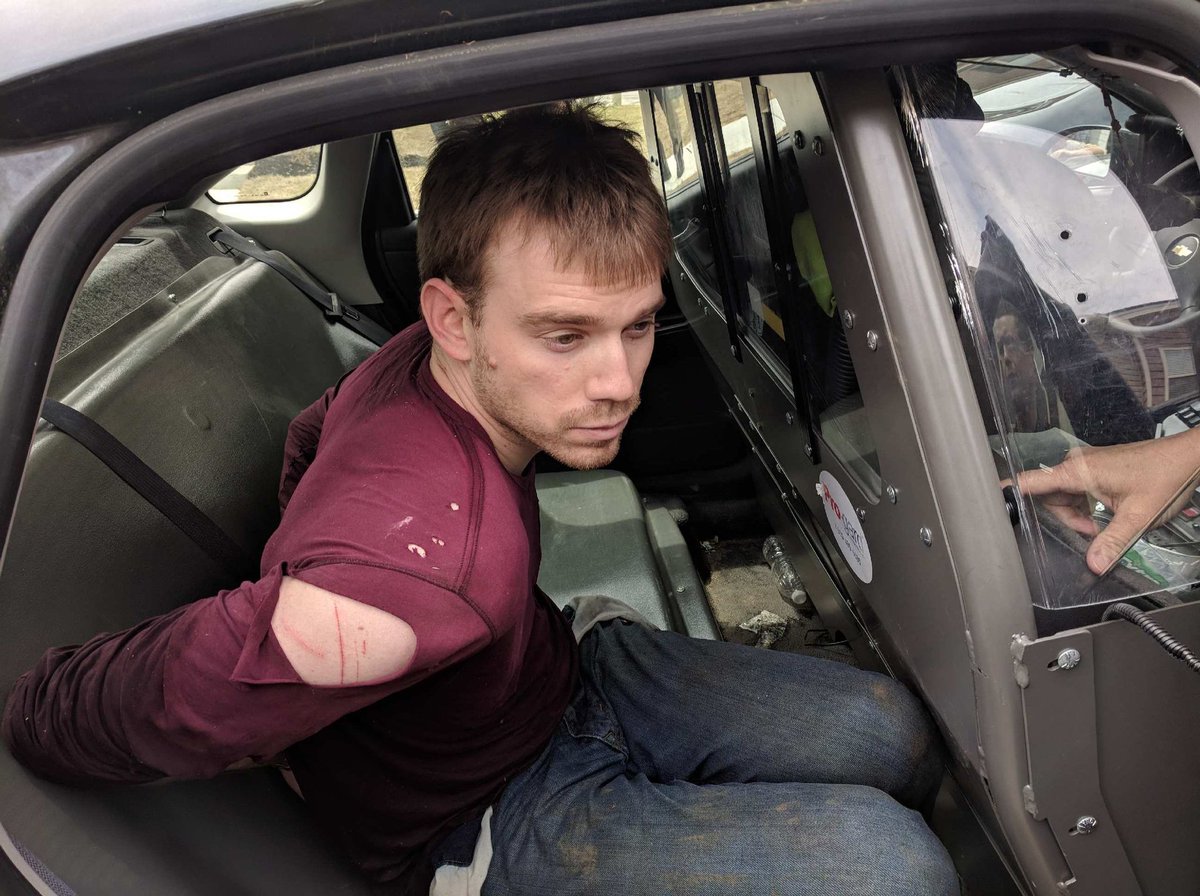 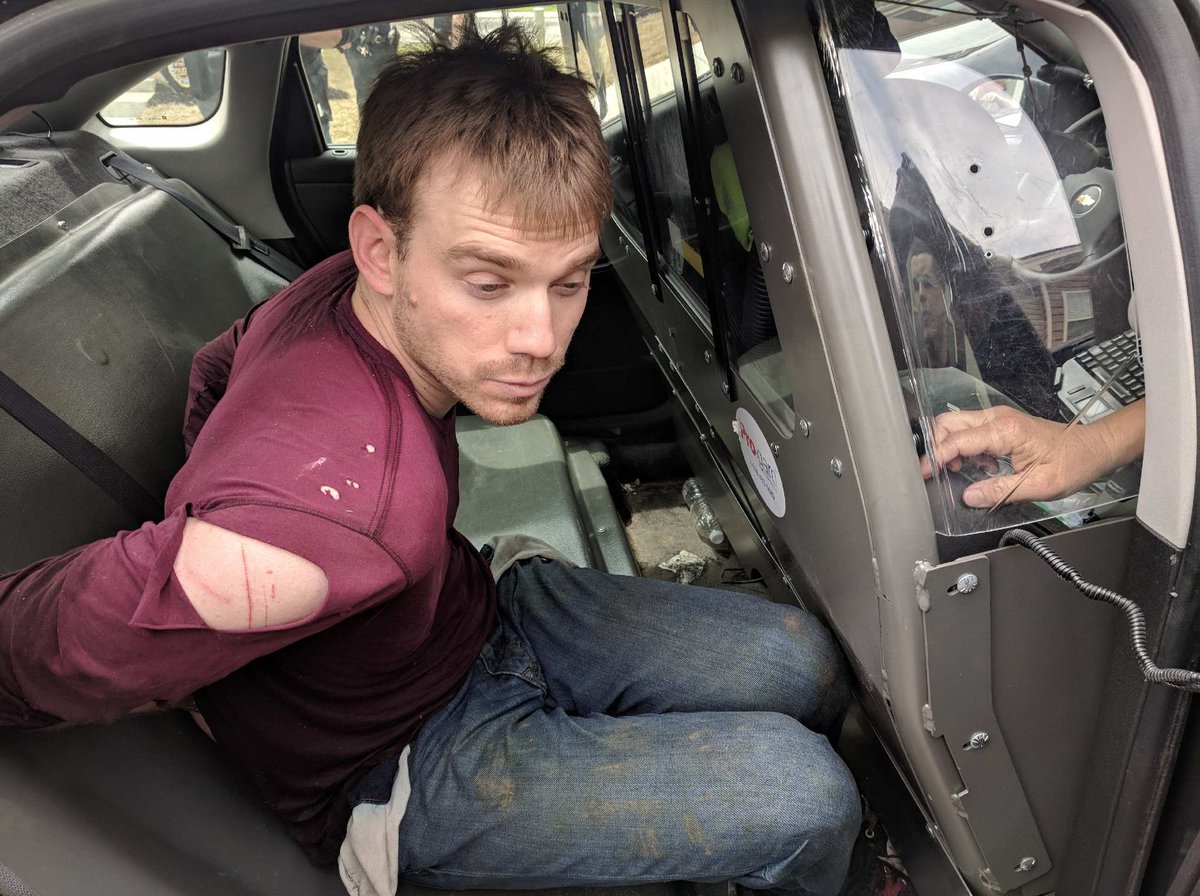 Antioch, TN – Reports of an early morning shooting at a Waffle House turned into a statewide manhunt as police searched for the suspect who killed four people and injured two others.
Here are five fast facts you need to know about the shooting:

The suspected gunman has been identified as Travis Reinking, 29, from Morton, Illinois. His record consists of a number of encounters with police, which included an interview with the FBI last year.
Reinking was reportedly mostly naked when he entered a Waffle House in the Nashville suburb of Antioch around 3:30 a.m. on Sunday, and he fled the scene wearing only a green jacket. The Metropolitan Nashville Police Department confirmed on Monday morning that its officers are working with a SWAT team to search for Reinking and “there have been no credible sightings” since he was last seen behind his apartment complex Sunday morning.

MNPD officers, to include SWAT, have continued the search for Travis Reinking in the Antioch area overnight. There have been no credible sightings. The search will continue. All schools in the area have been cleared by officers. He was last seen Sun morn behind his apt complex. 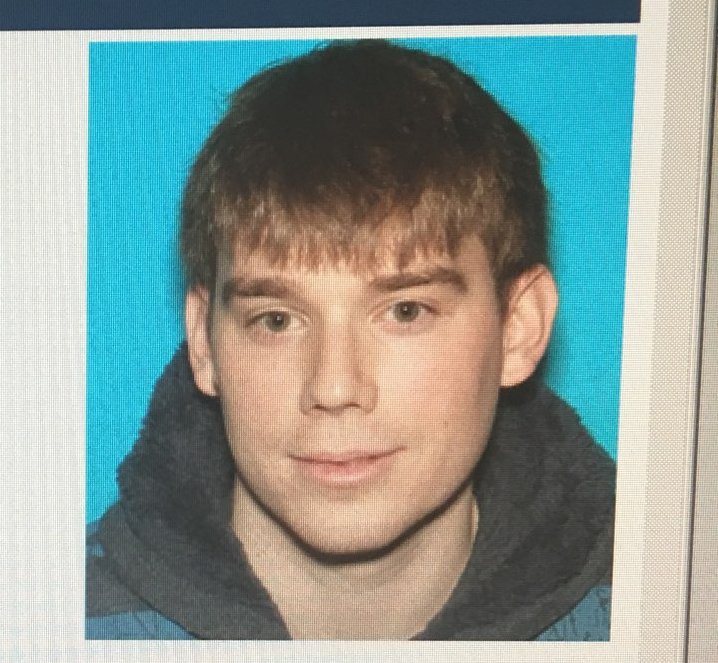 
2) The shooter claimed he was suicidal because Taylor Swift was stalking him, and his family began calling police in 2016

Reinking has a history of mental health issues, and law enforcement was well aware of his past delusions. He became obsessed with the idea that Taylor Swift was stalking him in 2014, and according to reports, he told his family that he believed she had hacked his phone and his Netflix account.
His family was so concerned that they called police five times starting in May 2016 to report that Reinking was suicidal because he believed he was being stalked by Swift. Reinking told police that he went to Nashville because it was where Swift started her music career and he tried to confront her in person “in an attempt to get her to stop harassing him.”

Reinking was arrested by Secret Service agents when he was caught entering a restricted area of the White House during a trip to Washington D.C. in July 2017. While officials claimed there was no evidence at the time to show that he posed a danger to himself or others, and the misdemeanor charge of “unlawful entry” was dismissed after he completed community service, the incident led to an investigation by the FBI.
After conducting an interview with Reinking, the FBI ordered police to confiscate his guns and his firearms licenses were revoked. The local sheriff acknowledged that Reinking clearly suffers from mental health issues, and police let his father take possession of the guns as long as he promised to “keep the weapons secure and out of the possession of Travis.” It appears that Reinking once again gained access to an AR-15, which is the weapon he reportedly used in the shooting at the Waffle House.

Within hours of the shooting, before the families of the victims had time to process the loss of their loved ones, politicians were already using the incident to call for gun control. Rep. Jim Cooper, a Democratic congressman from Tennessee, took to Twitter to insist that “now is the time to discuss change.”
While Reinking’s record shows that he was clearly on police radar, he has a history of mental health issues, he was interviewed by the FBI, and his legal access to guns was already revoked, Cooper claimed that “widespread civilian access to military-grade assault weapons” needs to be stopped.

While the name Travis Reinking has made headlines as police search for the naked, mentally ill man, there is another name that should be remembered: James Shaw Jr. He is the man who confronted the shooter and ended the bloodshed, and his bravery saved countless lives.
Shaw Jr. rushed Reinking, grabbed the barrel of his AR-15 and pulled it out of the shooter’s hands. Shaw then threw the gun over the Waffle House Counter and pushed Reinking out of the door. He told the Tennessean that the minor wounds he sustained from a bullet that grazed his arm were worth it because he feared he would never be able to see his 4-year-old daughter again.


“I distinctively remember thinking that he is going to have to work for this kill. I had a chance to stop him and thankfully I stopped him,” Shaw Jr. said. “I grabbed the gun and kept it down. He had one hand on it. I pulled it away and threw it over the bar.”