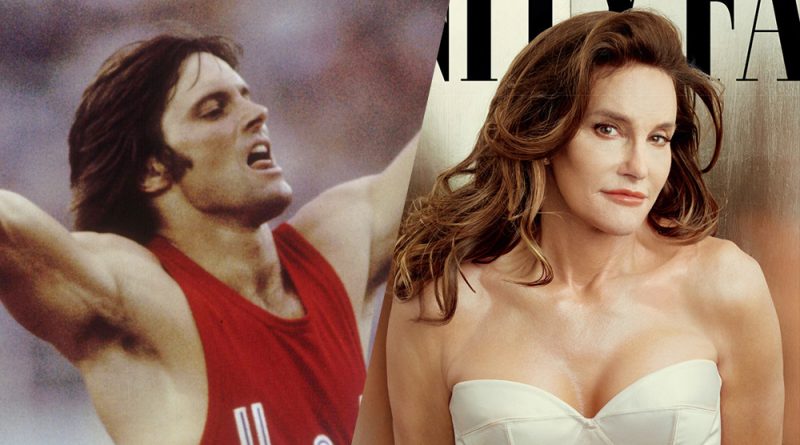 
I recently realized that Generation X was a kind of intensified transition phase of the hundred-year-old Jewish Agender. I’ll share here two ways the gender bending programming of the 1970s and ‘80s led me personally on a destructive path. And then I present a video montage of a Gen X personality who may well be playing a role in normalizing the TransAgenda.
Gen Xers were born roughly between the early 1960s and the mid 1970s. Other names are the Latchkey Kids, the Lost Generation and curiously, the 13th Generation (of Americans born since the American Revolution). 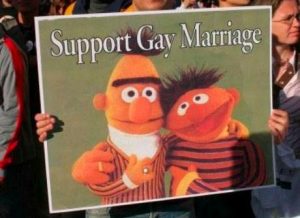 Growing up in the white ‘burbs, we were totally safe and for the most part, totally unsupervised. Television was a scheduled programming thing, not the 24-hour wall of sound of today.
My stay-at-home mom was perhaps unusual in that she rarely sat down to watch TV.  She and my dad, who worked long hours, didn’t have a clue that Tavistock creations’ Sesame Street and MTV were warping our young minds.
We played outside a lot, and moms stood on the stoop at twilight, yelling the names of their kids to come home.  Even so, we were a tabula rasa for the increasingly enveloping jewish programming that has meme echoes to today. 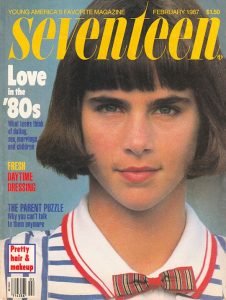 The Feminine Ideal — A Boy with Breasts
My spiraling downward began around 13, when I got obsessed with my looks and Seventeen Magazine became my guide to the ideal. Seventeen has been a wholly jewish creation, with the original post-WWII intent to mold girls into global citizens, and to exploit their insecurities to sell lots of stuff.
I was naturally turning into a curvy endomorph and got increasingly discouraged looking at the models, with their confidence, and very lean frames.
I went from trying fad diets like eating just hamburger patties at every meal, to binging and purging (bulimia). Seventeen was of course right there to offer tips on eating disorders.
Looking back, I see a gradual shift to more boyish looks and bodies. And several celebrities under transvestigation were introduced in the magazine. 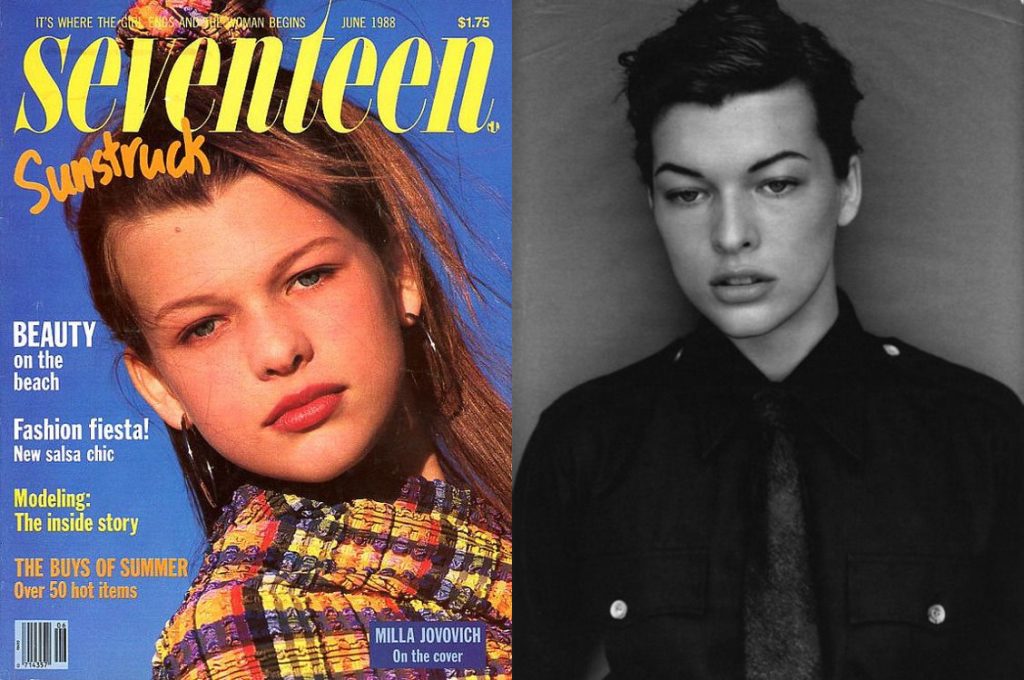 This includes Milla Jovovich, who has become the gender fluid feminine ideal, an androgyne.
As Tom Wolfe wrote later in his 1998 novel A Man in Full, “Only vigorous exercise could help you remotely approach the feminine ideal of today – a Boy with Breasts.” 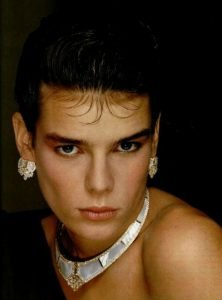 Princess Stephanie of Monaco, circa 1980s
The Trans-Male Gaze
There’s a distinct edgy stare-down that’s persistent in popular culture personas, some of who may be female illusionists. It seems to encourage women to man-up, even before we know what being a woman means.
I see how this pervasive imagery of on-the-hunt females affected me when I started to date boys. And by date, I mean a drunken Yolo free for all. I remember mimicking this attitude in my behavior, which was at odds with my real maturity and emotional sensitivity level.  I was a walking mixed message toward guys to disastrous effect.
In his excellent article Wave of Mutilation, Robert Heimdal writes that “The TransAgenda basically works on a subliminal level,” with both men and women reacting to consciously or unconsciously recognized physical traits, “which are inherently masculine but are passed as ‘feminine’ by Big Media.”
This has all left me wondering what role the gender inversion imagery of the era played in bringing on the hook-up culture. And some funded sociologists out there might want to study Generation X, which came up pre-Internet, to track the tragic rise of gender dysphoria, and how it relates to the steady increase in TransAgenda programming.
A 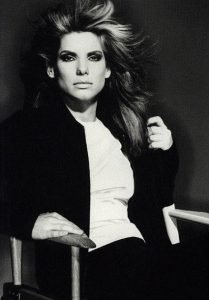 Look at a Generation X Pioneer
It seems I’ve come upon the transvestigation phenomenon just as YouTube is starting to aggressively shut it down. There’s disinformation there, and I find many of the cases inconclusive, but I’m unnerved that none of my various radars went off with the Gen X Hollywood personality Sandra Bullock.
Bullock was born into the military industrial entertainment complex, allegedly the granddaughter of a “Nazi” rocket scientist and daughter of a Pentagon-contractor.
I wonder though, would the descendent of a “Nazi” be allowed to do voice-over narrations for Hebrew prophetesses Miriam and Golda Meir? She also arranged a bris for her adopted child and was involved in a made-for-NLP Daily Hitler story involving her ex, the outlaw Jesse James and a porn actress. 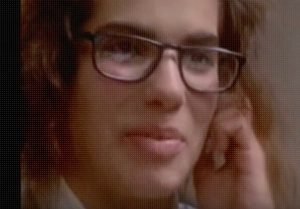 Her first TV role was as Kate Mason, an OSI operative in The Bionic Showdown (1989) and in her first movie, Hangmen (1987), she’s kidnapped by the CIA. She’s played many agents since then and is besties with George Clooney.
Bullock has a bio and filmography that hints that there’s much more to this career than just one person’s acting ambitions. My sense is that it’s how the TransAgenda is being brought in by stealth. Like with Rock Hudson and other closet gays of Hollywood, it begins with rumors and denials, then later acceptance.

» Dr. Steven Greer (trying to stay relevant) - The Last Generation and the First Generation
» Ahahahaha ~ Sorry but I just had to post this... JOAN RIVERS- OBAMA GAY, MICHELLE TRANNY!
» Snordster - The Tranny Nanny, Gender Bending, Term Torturing Facade of Satanic Legerdemain.
» Anonymous - The Next Generation
» Which Pluto Generation Are You?