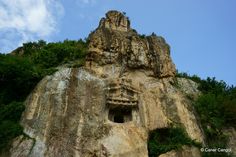 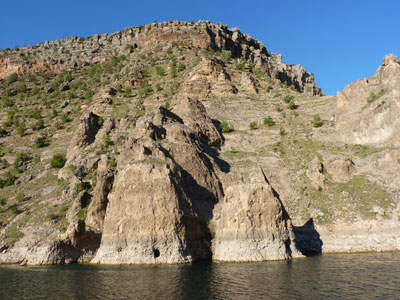 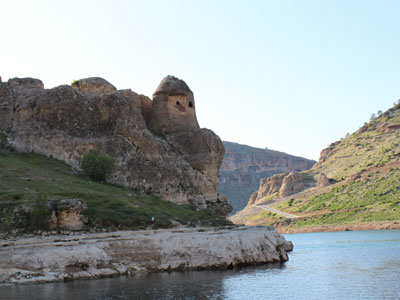 
Patreon: https://www.patreon.com/MysteryHistory Facebook: https://www.facebook.com/MysteryHisto... Twitter: https://twitter.com/Mysterytweetery Steemit: https://steemit.com/@mysteryhistory Narration By Don Moffit: www.DonMoffit.com We recently shared the astonishing, yet highly eroded ancient ruins of the castles of Egil. We also discussed the numerous dating’s which have presented themselves at the site, and the fact that this is due to such fortresses being the cradle of future civilisations, who undoubtedly moved in to exploit the already established fortresses as their own vantage points. With castles placed in such advantageous locations, it is predictable that later civilisations would either rebuild upon them, or if able, sometimes, just re-inhabit them. This witnessed with many ancient sites of Peru, later claimed by the Incas as their own… Or as we have postulated in the past, the Giza plateau, later claimed by the ancient Egyptians… Or Baalbek and many other advanced and decoded ruins around Europe later being claimed by the romans as their own inventions, the list goes on… . Ambitious claims, yet the reoccurring theme remains, none of these said civilisations, were ever able to create such structures, they were simply incapable of moving or carving such enormous stones, and if they could, they seemingly forgot said knowledge, and conveniently never recorded it anywhere… What happens when a site is located in a place set high within the clouds, at the top of a mountain, built using so much stone and mortar,,, constructed to such remarkable standards,,, it stuns all who lay eyes upon it even to this day? Is it merely ignored by academia? It seems, that after exploring many of these said locations, we have found that they are instead regularly, yet quietly studied in depth… However, the funded individuals who are given the pleasure of exploring them, are only required to investigate a specific history, limited to a specific, already accepted timeline of events… Usually, that being the earliest, already accepted civilisation, known to have inhabiting the area always become that of the sites builders. This, regardless of the clearly advanced stonework all around them, placed high atop a mountain above the clouds, that like so many other sites we explore, is obviously indicative of lost knowledge. These funded individuals, are required to merely ignore that which will not be accepted by their peers, who, through their ow career has been, shall we say, “encouraged,” to pursue a particular criteria of historical events, regardless of whether this be complete, or even true, if they do not, they risk losing their reputation, funding, and ultimately their career. Known as Takeda Castle it is an ancient ruin of a once astonishing castle complex. Located within the northern part of Hyōgo Prefecture, modern day Japan, it is regarded as one of Japan's Top 100 Castles, and often referred to locally as the "Machu Picchu of Japan, or the castle in the sky. According to academia, Takeda Castle was apparently constructed by Otagaki Mitsukage, lord of the area in 1441. It was conquered in 1577 by Hideyoshi Toyotomi, who then passed it to his younger brother, Hidenaga. Akamatsu Hirohide was the last lord of the castle, he fought on the side of Tokugawa Ieyasu at the Battle of Sekigahara, in 1600. Even though he served valiantly in the battle, he was accused of arson and as a punishment, chose to commit seppuku after which, the castle was abandoned. A provocative supposed sequence of events, however, we feel a rather limited and predictably spouted history. Not only is it staunchly based upon known written historical accounts, a rather safe and boring bet to place, but this also avoids having to present any compelling explanation for its construction. Who built Tekeda castle? Will we ever know? https://en.wikipedia.org/wiki/Takeda_...