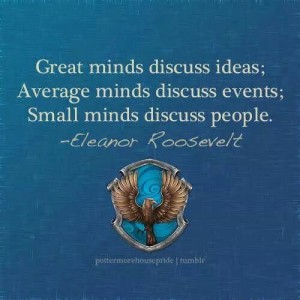 Photo Source:
Having sadly been witness to this past year of disgraceful exhibitions of low energy ugliness on constant display in this country, I have reached my saturation point. I actually reached it a long time ago and have just been trying to exist as best I can with it all. There comes a time, however, when staying silent and buried in your own little world no longer applies. I don’t know what you may feel about Kanye West, like him or hate him, God bless him for starting the conversation about free thinking and waking up to our reality and most importantly for standing up for himself. I for one am very undone by how far backwards it seems we are sliding. Humanity is supposed to be advancing at this time, moving forward and rising up and yet judging from the rhetoric being whipped up into a frenzy these days, it’s obvious we are not moving forward! This is not okay with me, I know what we can BE given the opportunity and I won’t settle for becoming anything less. I live in this country too! I refuse to live in a country where leaders destroy a man’s reputation and career for political gain. Disgusting!
It’s time for Washington to clean up its act! It has become humiliatingly embarrassing having to watch the small mindedness of politicians and the elite. They are so consumed by their lust for power and greed they can’t even see the reality of what is going on. Half the people right now are advancing in their consciousness and the other half is mired in the muck of their own ignorance. They have not a scintilla of understanding about the power of words and the damage they create. I doubt they even care. I DO care and what I care about is our struggle to move humanity forward, but we are being held back by backwards thinking.
If one listens closely to the conversations today they can clearly see that a large part of humanity talks AT people rather than talking TO them. The only thoughts in their heads are about what they will say next and are they right! It’s amazing to see so many wrong people trying to convince all others they are right! All of this non sense is a huge distraction to our journey of advancing humanity forward. It’s time for it all to stop so we can get on with why we are here. To make the world a better place when we leave than it was when we came in. Right now we are failing miserably. As good old Dr. Phil always likes to say, “Someone has to be the hero here”…Meaning someone has to stop having to be right and find the courage to apologize and be the catalyst for change.
It is past time for us to be taking about our ideas on how best we can create change, become better people, make the world a better place and have peace. The people want peace! Maybe not the leaders and the elite, but the people do damn it! So I just want to say thank you to Kanye for starting the discussion and I hope with his status in the world he will use it to help humanity grow up! It’s time for humanity to raise its consciousness at long last and get out of the gutter.
Blessings to us all,
Visionkeeper