Four Months of Critical Information is Missing from Alfie Evans’ Timeline Wed May 02, 2018 11:58 am

Baby Alfie Evans’ life recently came to an end when the Alder Hey Trust pushed to suffocate and starve him two weeks before his second birthday. Alfie’s tragic death raises more questions than answers – specifically why was hospital leadership’s so intent on ending Alfie’s life?
The publicly available court document appears to skip approximately four months of critical information, from May 2016 to September 2016. [1] You will see there was an indication Alfie was not right as early as July of 2016. [1]
Only Tom and Kate (Alfie’s parents) or medical records can fill this time period of critical events.

My assumption is Tom and Kate brought Alfie to see a pediatrician for “well-baby checkups”. In the United States, that term is a euphemism for getting your child injected with toxic vaccines. As you can imagine, I noticed pediatric visits and evaluations strangely absent from the documentation.
Timing here is important. Why?
Personal experience has taught me doctors rarely attribute sudden health anomalies with vaccines. They normally classify neurological regression or illness following an injection as a simple coincidence. This fact is important – it could be one justification for not including the information into the court record.
Being a father of a vaccine-injured child has taught me to look a bit deeper.
Let’s first have a look at the metadata in Alfie’s documented timeline. We can then see why the timing of events during this four month period is significant.

Next I decided to overlay the United Kingdom’s vaccine schedule over Alfie’s timeline. I made several reasonable assumptions you need to be aware of. As I mentioned earlier, Alfie’s parents or medical records would confirm the following:

What follows is an overlay of the two sets of data.
If Alfie followed the United Kingdom vaccine schedule, he would have received 9 vaccine doses prior to his first developmental check in September 2016.  The doctors would have also observed and recorded these facts somewhere in Alfie’s medical records.
Please note this is the appointment where Alfie’s mother reported he was smiling less frequently and that, “…he [Alfie] was sleeping to an extent that had begun to alarm her…”
Sleeping and lethargy are common indicators of encephalitis, a medical term used to describe brain swelling (also listed on vaccine inserts as a side effect). As we work through Alfie’s timeline, recall it was reported that Alfie had acquired a “divergent squint” sometime in July [see below]. [1] This condition can go by different terms such as exotropia, strabismus, or oculomotor nerve palsy and can be caused by viral infections (which Alfie had). [1, 4]

It’s well known in the medical literature that,
“Enteroviral encephalitis presents with wide range of symptoms…fever, headache, lethargy, drowsiness, altered sensorium, coma, … myoclonic jerks, oculomotor problems (nystagmus, strabismus, or gaze paresis), and bulbar palsy (dysphagia, dysarthria, dysphonia, and facial weakness).” [5]
As a matter of fact, some of these symptoms – including oculomotor palsies – have been observed with infantile paralysis (also known as “polio”, which is an enterovirus) since 1884. [6] Another piece of the puzzle falls into on December 14th where a Nasopharyngeal Aspirate (NP) test showed Alfie was infected with a, “…rhinovirus/ enterovirus.” [1]
A day later on December 15th, Dr. “R” reported,
“[Alfie] remained profoundly encephalopathic/comatose and remained unresponsive to central noxious stimuli (i.e. painful/ uncomfortable stimulation delivered via rubbing of cranial nerve exit points in the area of his eyebrows). [1]
To summarize what we know from this short analysis, we find that,

Your Arrogance Blinds You

Here is the million dollar question: What virus type was Alfie infected with?
I regard this as a critical question to be answered. I also would expect responsible experts in their trade would have explored all possible angles, wouldn’t they? After all, Judge Anthony Hayden arrogantly wrote about Alder Hey Children’s Hospital that it is,
“… a recognised centre of excellence in tertiary neurology and neurosurgery. It is a well-equipped, new and extremely impressive hospital. It specialises in investigating and treating children with the most complex neurological disorders. The range of investigation that I have set out above has also to be considered in the context of the available facilities at this particular hospital, which can properly be said to hold world-class facilities.” [1]
A world-class facility would have world-class methods to isolate and identify Alfie’s virus.
The Liverpool Brain Infections Group, funded by pharmaceutical companies like Novartis and Sanofi-Pasteur, would have likely looked at Alfie’s scans. [7]
Yet, Judge Hayden writes,
“It is recognised that all the doctors have come to the conclusion that Alfie is suffering from a neurodegenerative disorder. Nobody knows what triggered or caused this devastating erosion of Alfie’s brain…” [1]
I don’t believe his response or the analysis performed by the doctors for one minute.

As I stated in the introduction, Alfie’s situation has raised more questions than answers. What do the records at Alder Hey show? What do the records at Alder Hey really show?
Was Alfie infected with a vaccine-derived virus? July is same month where Alfie would have received his first round of vaccinations. July is temporally significant.
Which came first, the “divergent squint” or the vaccine?
My bet is Alfie received the vaccine first.
The circumstances in which little Alfie’s life ended can be used to help parents get a glimpse into those adamant on protecting a corrupt system.
Godspeed Tom, Kate, and Alfie… 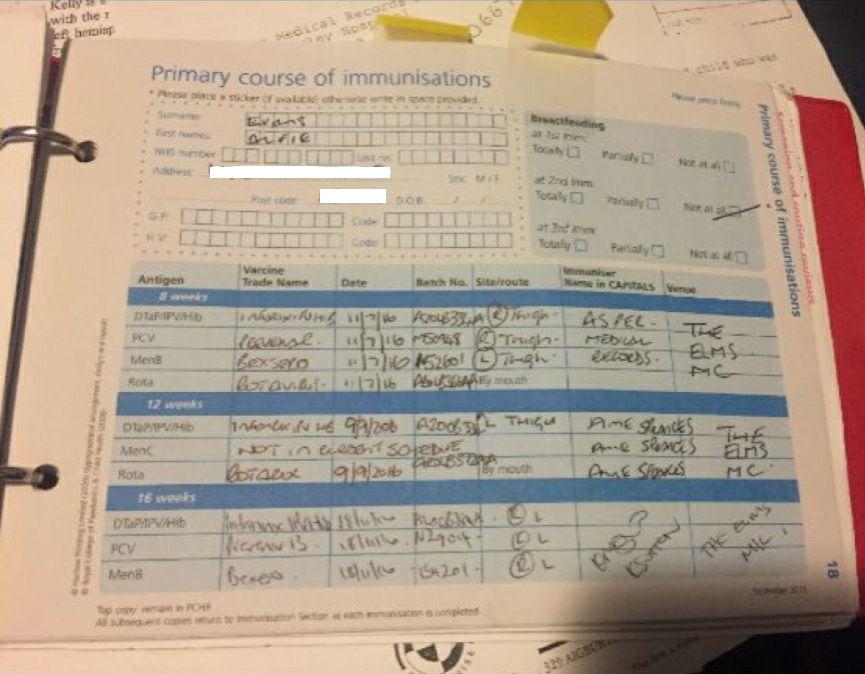 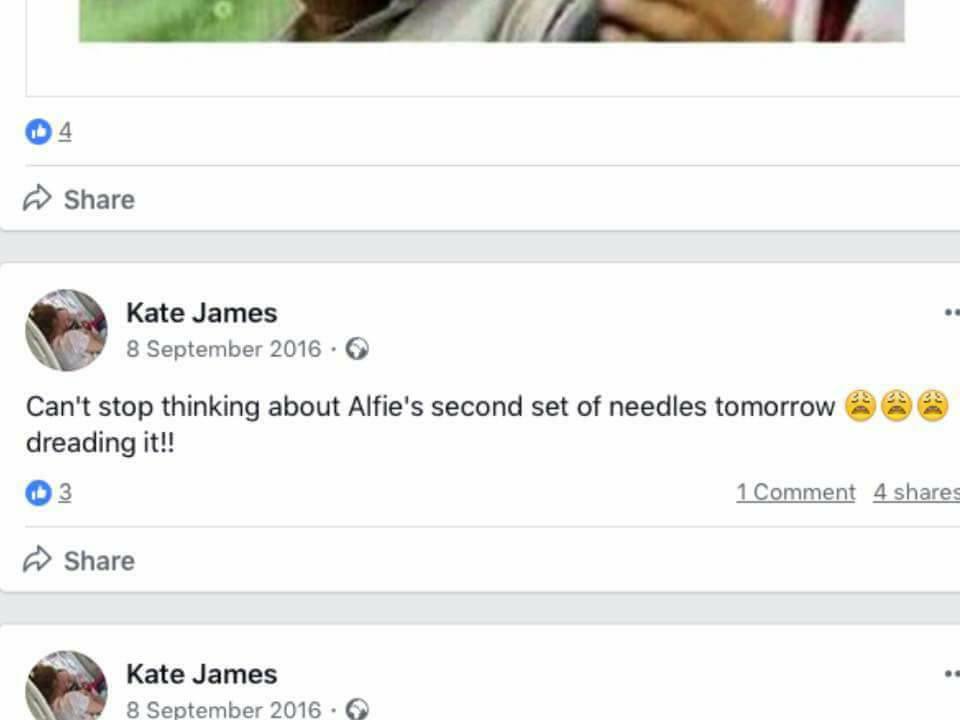