OUT OF MIND » TRUTH IN CONSPIRACY THEORIES? » HISTORIES MYSTERIES » "Impossible Ancient Stonework" At The Fortress Of Hayk?

"Impossible Ancient Stonework" At The Fortress Of Hayk? 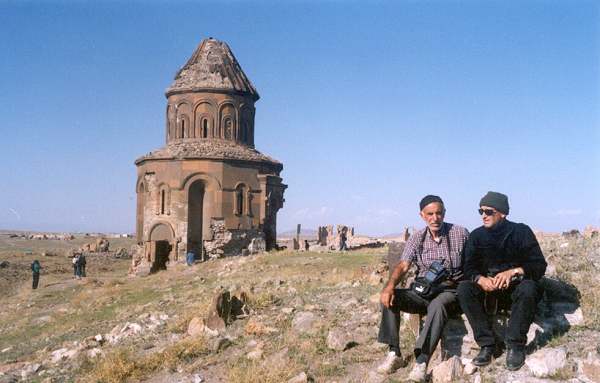 
Patreon: https://www.patreon.com/MysteryHistory Facebook: https://www.facebook.com/MysteryHisto... Twitter: https://twitter.com/Mysterytweetery Steemit: https://steemit.com/@mysteryhistory Narration By Don Moffit: www.DonMoffit.com Haykaberd, meaning "Fortress of Hayk,” is an ancient, once fortified ruin found within the Gürpınar district of the Van Province, in Turkey's Eastern Anatolia region. It was used by Urartian kings as a fortress during the 8th century BC. According to academia and Armenian folklore, the fortress was built by Hayk, the legendary founder of the Armenian nation, it was situated close to the site where he slew the invading Babylonian King Bel, who according to said legends, was in fact an ancient giant. Hayk and his people had migrated south toward the warmer lands, there they discovered a wicked giant known as Bel. Bel tried to impose his tyranny upon Hayk’s people, but Hayk refused to submit, Hayk eventually rose up, and defeated Bel in what has become known as the battle of Giants. However, what is intriguing regarding this story, is the fact that the sites mentioned are actually ruins left by the same, highly advanced, and thus highly capable lost civilisation, responsible for many of the exquisitely stone-built sites which dot the many continents of earth. Additionally, the fact that ancient giants are again mentioned surrounding such ruins, could be seen as a compelling lead… Eater island, Guatemala, the Amazon, Peru, South America, the list goes on, all with their own intriguing tales of ancient giants, either once inhabiting said sites, or in some cases noted as being responsible for their construction. Much of the ancient site is now extremely eroded, yet in many areas such as Cavustepe, a number of remarkably refined stone blocks are still to be found, presumably once foundation stones, these blocks still retaining their extraordinary, machined-like appearance. These blocks were so perfectly carved, we can only replicate such levels of accuracy using modern day technologies. The question is, how did a civilisation, so far back within known history, create so many stones cast to the same degree of precision? Whats more, these masterfully and mysteriously created stones, are seemingly placed upon an even older site, one clearly of an even greater antiquity. Were these newer stone blocks actually robbed stonework from another area of the structure? These blocks then used by a later civilisation to build upon these ruins? Or are we actually looking upon two lost ancient civilisations work in ascending order? Rather like what we have postulated, later covered the enormous skeletal blocks of the great pyramid. Were these sites actually the work of a lost civilisation of ancient giants? Or are all these separate accounts of the same beings, found all over the world, a mere coincidence? With so many sites, and legends attached thereof, telling the same thing, it is only a matter of time before the truth is proven beyond doubt. https://en.wikipedia.org/wiki/Hayk

OUT OF MIND » TRUTH IN CONSPIRACY THEORIES? » HISTORIES MYSTERIES » "Impossible Ancient Stonework" At The Fortress Of Hayk?

» Fortress for Giants in Syria, the Nimrod Fortress (with polygonal stone work)
» Solving the Mystery of the Peruvian Pre-Inca Stonework
» Evidence of Vitrified Stonework in the Inca Vestiges of Peru
» Ancient Fortress Older that the Pyramids Found in Wales
» Exploring The Ancient Inca Fortress Of Puma Marka In Peru