OUT OF MIND » PERCEPTUAL AWARENESS » THE SHIFT IN CONSCIOUSNESS » That Saving Throw: SEVEN Things to Do If You Find Yourself on the 3D Earth

That Saving Throw: SEVEN Things to Do If You Find Yourself on the 3D Earth

That Saving Throw: SEVEN Things to Do If You Find Yourself on the 3D Earth 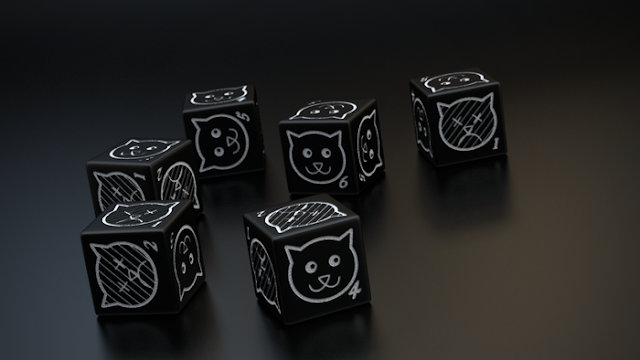 Ok, so you're not Ghandi. Or an Ascended Master. Or even that nice to cats. And you suddenly find yourself stuck amidships on the always fun 3D earth *after* the upcoming 3D/4D Split (the split from 3D Earth to 4D earth, aka, "The New Earth"). It's going to happen. Nothing will stop it. So, you might as well do something positive about it. But... what do you do? And how much time do you have?

1. Pick a positive lane. Are you going toward SOURCE, or away from SOURCE? It's that simple. Which way do you want to go? Light or dark? This choice alone will tell yu how long that tortuous path is going to be, and how painful it's going to be. It's pretty easy to tell which way the light is, even if you've had two hogsheads of Maddog 20/20. Figure it out and go in the right direction. Choose the path to SOURCE in ALL things, all choices that come up. You'll even start to dream about it, which will tell you that you're on the right track. (Even Buddha had to come back for one more lifetime after reaching Nirvana... because he had no relationship with SOURCE.) You ARE SOURCE, so ignoring or denying this relationship is denying that you exist. (Remember what happened to the Nihilists, Lebowski.)

3. Stop the Attack Thoughts. We all have them. Thoughts that sneak in there, criticizing you, criticizing others, fighting in your head with phantoms, arguing with imaginary bosses, imagining what you'd do in various end-of-the-world scenarios, forcing that jerk who cut you off in traffic off a cliff, forcing yourself off a cliff, etc. We've all had these thoughts. They have myriad causes, but let's suppose for a moment that they come from you. When they happen, say -- out loud -- "ATTACK THOUGHT!" Then attach an imaginary rock to said Attack Thought and drop it to the center of the earth. See how many you can drop in one day. Mark your progess on a calendar. Eventually, these Attack Thoughts will happen less and less, until they're gone; even, they keep cropping up for years.

4. Forgive Yourself. You're not so bad. In fact, you are literally a teardrop of SOURCE surrounded by an illusion of a body, which means that YOU are SOURCE. Well, and you're kinda crazy halfthe time,but you're doing that. Stop being crazy. Sanity, like sobriety, is always a good choice. And it starts with you being... good. You always were good. You can DO good. Yes... you can. Give yourself a break.

5. Forgive Others. Other people... are YOU. And they, and you, all live in an illusion, that gives us good and bad, up and down, black and white, rich and poor... but there aren't any of those things, what some refer to as duality. There is only you, and SOURCE, and your memory of SOURCE (which is kinda complicated, but we'll talk about that later). All those people you hate are YOU. You are basically hating YOU. Try imagining all those annoying people as your extended family. When Uncle Carl cuts you off in traffic... it's not so bad because, hey, it's Uncle Carl. Everyone in the world is like this, with some teeny exceptions. But in the exceptions, you still wanna forgive, which just means to overlook. It's no big deal, so don't make it one. If you REALLY have a problem with someone, imagine what they were like when they were four, wide-eyed and happy, then getting slapped around and abused by their insane alcoholic parent. For 15 years. Perspective is very powerful.

6. Tell the Truth. Don't be rude about it, but be honest about things. With yourself. With others. If you've been dishonest in the past... change that. Easy as that. "From now on, I'm only telling the truth." And if the truth you tell will hurt someone... there's nothing wrong with silence -- or misdirection: "Hey, is that DAVID DUCHOVNY?!"

7. Seek the Truth. About things. About yourself. About the world. But don't get hung up in the trap of history or details. Once you get closer to truth, you might one day find peace... and stillness. These are SOURCE's main calling cards: If you suddenly feel a wash of peace and stillness and warmth and LOVE wash across you... that's SOURCE. SOURCE does not judge. SOURCE only wants you back with SOURCE. SOURCE is your parent, and loves you so much it would make your head spin and your eyes to leak a gallon of tears on those handcuffs.

Note: the closer you get, the closer you get. Eventually, SOURCE will take the last step for you, so... all you have to do is try to get closer. Seek. The Event is, in a way, SOURCE taking a big step for all of us. You just have to be open to it. If you missed it...

YOU CAN ACHIEVE THE 4D EARTH AT ANY TIME after that timeline has been officially opened. You can also bounce back and forth from 4D to 3D to 4D ad nauseum for some time till the split widens. Some people might find that they, and a bunch of like-minded people, have ventured off onto a Mandella Effect split (as Lynn says), but we'll all wind up in the same place, eventually. After the Split, we're guessing that you'll have about six good months where you could reach the 4D earth from the 3D, should you so wish. So... do it. There's no reason to suffer, unless you think you need to suffer. (Psst: you don't.)

WHAT TO DO IF IT'S TOO LATE

Ok. For whatever reason, be it fate, or karma, or that supervolcano that just went off, you're stuck on the 3D earth, things are bad and you're reading this from a burnt convenience store internet appliance. What do you do? READ and do all of the above. Be the light in the darkness. The better you make YOU in whatever lifetime you're on, the better YOU are in your next lifetime. Bettering yourself is the only thing you take with you.

You might have to go back to the 3D earth again. And again. And again. For 10 million years. But it doesn't matter. Eventually, you won't need to come back to the 3D earth. You'll evolve to the next level. How do you think others did it? Step by step. You, too, will advance, and get better, and be the best you in that YOU Vending Machine. And eventually you'll even merge back with SOURCE if that's what you want to do. Or you can schmooze around and help others for eons.

TIME is for learning. Teaching is learning. You have all the time in the omniverse, and we're keeping this magilla open just for you, so.... get to work. Life is learning. Life is a classroom. You now have all knowledge, good and bad, at your fingertips to sift through... so make a good choice. ALL of the CATs and Ms started this way. We found our way to it, through it. Go find yours. You can do it even without books, or ancient knowledge, or magic scrolls, simply by doing all of the above. You don't need to eat a special diet, or rub a golden idol, or say magic words, or sacrifice a chicken to Moloch, Hillary. You just need to be decent and follow the above Seven Steps.

So... go. We'll see you at the finish line. In the meantime, don't be too hard on yourself, Phil.

OUT OF MIND » PERCEPTUAL AWARENESS » THE SHIFT IN CONSCIOUSNESS » That Saving Throw: SEVEN Things to Do If You Find Yourself on the 3D Earth